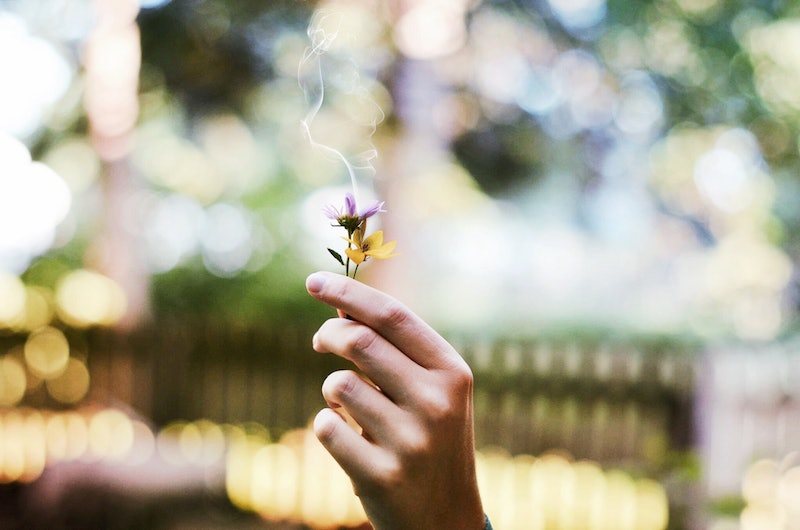 The day I had to tell my parents we had broken up, I was sitting in a vacation home in Wales, struggling to keep my mind off the fact that a year earlier, we had been here together. We’d stayed in the same room, in two single beds across from each other. The little annex, down a long winding drive which crossed cattle grids and slipped away into fields, felt smaller now.

It was because of the quiet that I felt I had to tell them what had happened: to siphon off my secrets so they could stop flooding my thoughts and my stomach. I admit part of the tension came from fear of their reaction. Still, I told them: that we had broken up two weeks ago, and that almost three years into our six-year relationship, you’d said you might be transgender — a “might be” that we had explored together until now.

Telling those two facts, in sequence, led every person I told to make assumptions about our break up. I could see the link being made in my parents’ heads. I suppose it’s the same pattern I’m guilty of when I believe tabloid headlines about celebrity break ups, which latch onto his wild lifestyle or her insecurity or their discordant work lives in order to make the end seem inevitable. People assumed we ended it because we couldn’t handle the changes that came with your transition. More specifically, they thought I couldn’t handle it; they saw the defeat in my eyes and that’s all they needed to connect those dots.

But it’s time to end one assumption, for anyone that thought we were doomed to fail.

Even though we had broken up, we couldn’t leave those other facts out anymore. Moving on with your life would involve coming out to your family and relying on them for support, where before we had been a very insular team. I’d waited three years knowing we’d have to tell my parents sometime; I only found out after we were over that they would’ve understood, by which point it was too late. Assumptions had been made.

They talked about how hard it must’ve been, too much for us to take on at such an early stage of our lives, as if it was a change of career. I tried to tell them that it wasn’t the reason, that there were many other, harder reasons.

I’m sorry I wasn’t there for what happened next in your life. I’m sorry that, in many ways, I left you with all the most difficult moments to deal with, while I rallied and found relief in my friends.

Quite selfishly, I guess I regret the assumptions your friends and family must’ve made for you too; I’m sure they thought I gave up on you. And yet I hope they rallied round with that at least, listing out the ways that you were better off without me.

But it’s time to end one assumption, for anyone that thought we were doomed to fail. Our relationship didn’t slip silently off a cliff. The end was more like autumn for us, leaves falling in waves until we were stripped bare.

I think the leaves were falling before you told me, almost accidentally, that you were tired of pretending to be a man. The previous night had been the closest I’d felt to you in a long while. You kissed me the way people do when they want to sink into each other. I imagine it was that closeness, the stumbling onto a new way to connect, which brought home the fact that you could be happier, maybe invite me into those thoughts you’d filed away.

Neither of us knew what it would mean for the future. Part of the commitment we made to being together was to seeing all those unknowns through to the (hopefully clearer, brighter) end. Living without knowing what would happen next is the reality of pretty much everyone anyway. If it wasn’t, one or both of us might’ve run when we started looking into the process of proving your gender identity to doctors and sizing up clothes you felt you could finally wear.

One strange reason we broke up was the bond your secret created. I was the only person you had told. My heart swelled and my head swam and I actually ran towards you, eager to do whatever I could. This stands out for me as a time when we had begun to share again, a reason to rely on each other. With hindsight, I’m not sure we should have needed that.

But supporting you gave me a purpose and it channelled the love that I felt. Not that I knew how to support you as well as I wanted to; often, it was like helping you to climb a mountain with no equipment, shaky legs and nothing to catch us if we fell. It seemed to muffle any doubts I had about whether ours was what a relationship should be; we had entered a defensive mode, ready to protect ourselves against the world and anything coming our way. There was no space to consider if we were making each other truly happy. I remember smiling determinedly whenever I told someone we’d been together for three years or four years or five years, thinking “yes, we’ll make it, we will.”

Even when we were the best team we could be, there were all kinds of silent frustrations. Your gender identity was no longer a secret between us but it wasn’t something you were ready to tell anyone else — and, of course, I couldn’t either. We needed to move at a pace you felt comfortable with: sometimes slow and steady, but other times leaps forward that made me light-headed. Out of control, I put a lot of my life on hold. I planned to live with you but was unsure of where that step fit in anymore.

At the same time that I was keeping our secret, I kept my worries from you. No, I admit you didn’t ask me to, but I didn’t want to burden you further. I was naïve enough not to consider how long it might take for us to come out as a couple. When I was able to tell a few close friends, I thought “this can only get better from here”.

The reason it didn’t get better, the biggest reason we broke up — the one I tried to explain to you on the day I ended it — was that we were building on fault lines. As you shook your head and promised there were things we could do differently, I knew you saw them, too: the fissures in our relationship from the times we disagreed or hurt each other and did nothing to make amends. When, out of the blue, you told me I was a bad kisser, I pulled back from you and a crack appeared. There were days I didn’t hear from you and I asked where our conversations had gone, looking into the breach. I stopped wanting to get involved in the games you played online and with the friends you’d made there. You laughed at my parents for their religion. We never managed to finish talking about whether children were an option. You were unemployed and I was struggling to support your choices while making the most of my own. We disregarded all of these problems, in part because they weren’t so big in the beginning, but then because they would always seem small in comparison to what we were now dealing with. All while the leaves were falling.

I remember asking the question I’d held onto for a year. We sat awkwardly apart. You’d told me that you’d been taking hormones for two months, a decision made without me because you knew it might affect your fertility. Minutes later you mentioned the idea of opening up our relationship. It left me trembling.

“Why are we doing this?” Six years, as much commitment as we could give, all of the weight of our worry came down to this. I took for granted that whatever we couldn’t fix in the moment we’d have time to fix down the line. It was an assumption we lived by. And I’m not sorry we tried for as long as we did, but ultimately I couldn’t give you an answer to my own question. So I ended it.