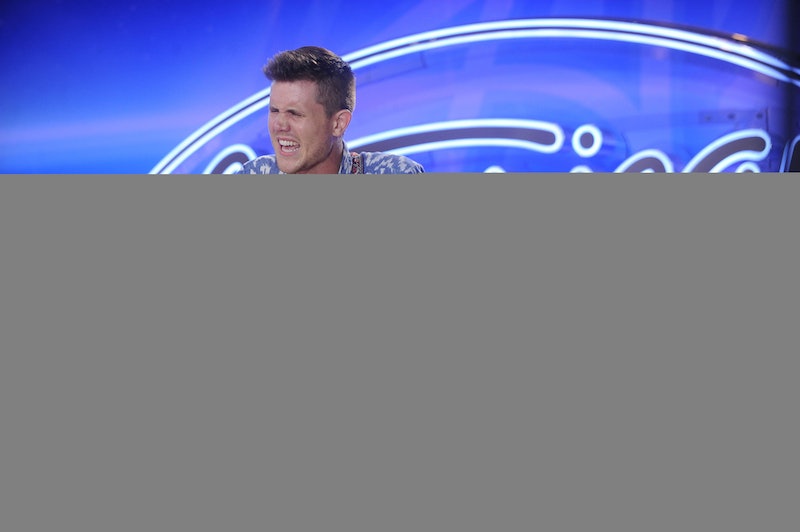 Ahh the group rounds. There is no part of American Idol I enjoy more than the Hollywood group rounds. Tensions are high, sleep is low, and everything is on the line. If that isn't enough, contestants have to rely on people that they have literally just met to get them through to the next round — talk about putting your life in someone's hands. One man that didn't have to do this, though, was Trent Harmon. Harmon, who was diagnosed with mono when he arrived in Hollywood, was forced to sing alone as not to infect any other contestants. Did this unfortunate circumstance end up giving him an advantage? Absolutely.

This is the first time in Idol history that a contestant was allowed to perform a group audition alone. Harmon's circumstances were understandable, though very unfortunate. Nothing was more sad than watching Harmon, otherwise known as team "Just Trent," practice by himself as the other 107 contestants were rehearsing in groups. But, on the bright side, Harmon only had to listen to himself for direction — an advantage to performing alone that definitely helped him. Instead of dealing with group drama, the 25-year-old could focus all his energy on his audition — and it certainly paid off.

Harmon received extremely high marks from the judges, probably the best of the night. Instead of battling three other performers for the spotlight, Harmon had all eyes on him. This would have been terrible if he gave a subpar performance but, luckily for him, Harmon completely nailed it. His vocals were off the chart and his charismatic personality commanded attention. His solo performance proved that he has what it takes to advance in this competition, a thought that the judges agreed with. Harmon is on his way to the next round in Hollywood, despite his mono, and something tells me that he'll be around much longer than just next week.