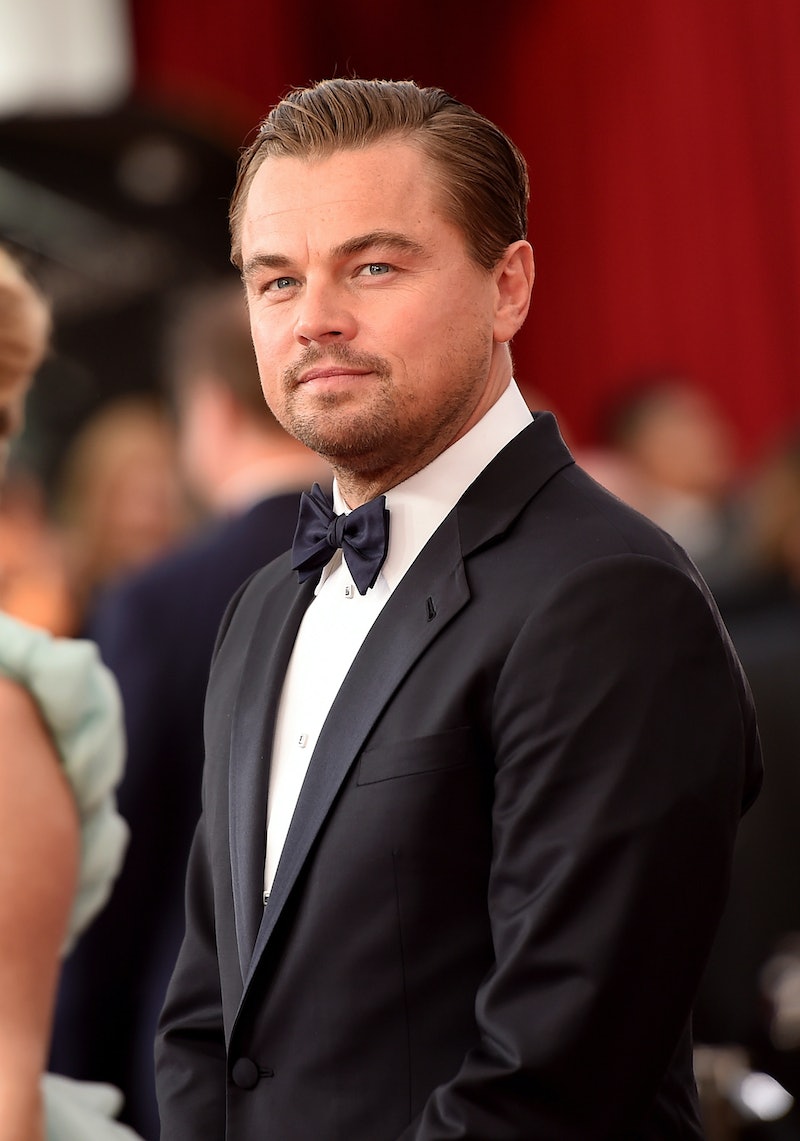 It's basically become a running joke that Leonardo DiCaprio is always nominated for major awards but never brings home the big prize. But, it looks like 2016 is finally his year — he was named Best Actor at the Golden Globes on Jan. 10 and, after being nominated nine times, DiCaprio won his first Screen Actors Guild Award for The Revenant on Saturday. These wins definitely bode well for his chances at the Oscars in February. After being named Outstanding Actor, DiCaprio received a standing ovation from the crowd and he used his speech to thank them: "I'm truly humbled by this because it comes from you, my fellow actors."

DiCaprio recalled landing his first acting gig at age 15 — and he said that, after receiving the phone call, he watched as many films as he possibly could:

It gave me such a tremendous respect for the craft of acting. I was in awe of their performances and I was incredibly inspired. I encourage young actors to study the history of cinema. We stand on the shoulders of giants. I want to thank the actors of the past who inspired me and everyone in this room.

His speech was heartfelt and the SAG award clearly means the world to him because DiCaprio holds his peers in such high esteem. The fact that they recognized his hard work and dedication to his craft is a tremendous honor — and, since the SAGs are a fairly good predictor for the Oscars, it looks like DiCaprio is one step closer to adding an Oscar to his collection of awards.

Predictably, his fans are beyond ecstatic that he's finally getting the recognition he deserves:

Not to jinx it or anything, but just imagine how excited they'll be if he brings home an Oscar next month.

More like this
Kimberly J. Brown & Daniel Kountz Looked Back On Their ‘Halloweentown’ Romance
By Stephanie Topacio Long
All The Sneaky Lindsay Lohan Movie Easter Eggs In Her New Ad, Explained
By Stephanie Topacio Long
Hannah Khalique-Brown Has Her Sights Set On 'Strictly'
By Frances Stewart
Anya Taylor-Joy Might Be Engaged To Her Musician Beau
By Jack Irvin and Sophie McEvoy
Get Even More From Bustle — Sign Up For The Newsletter