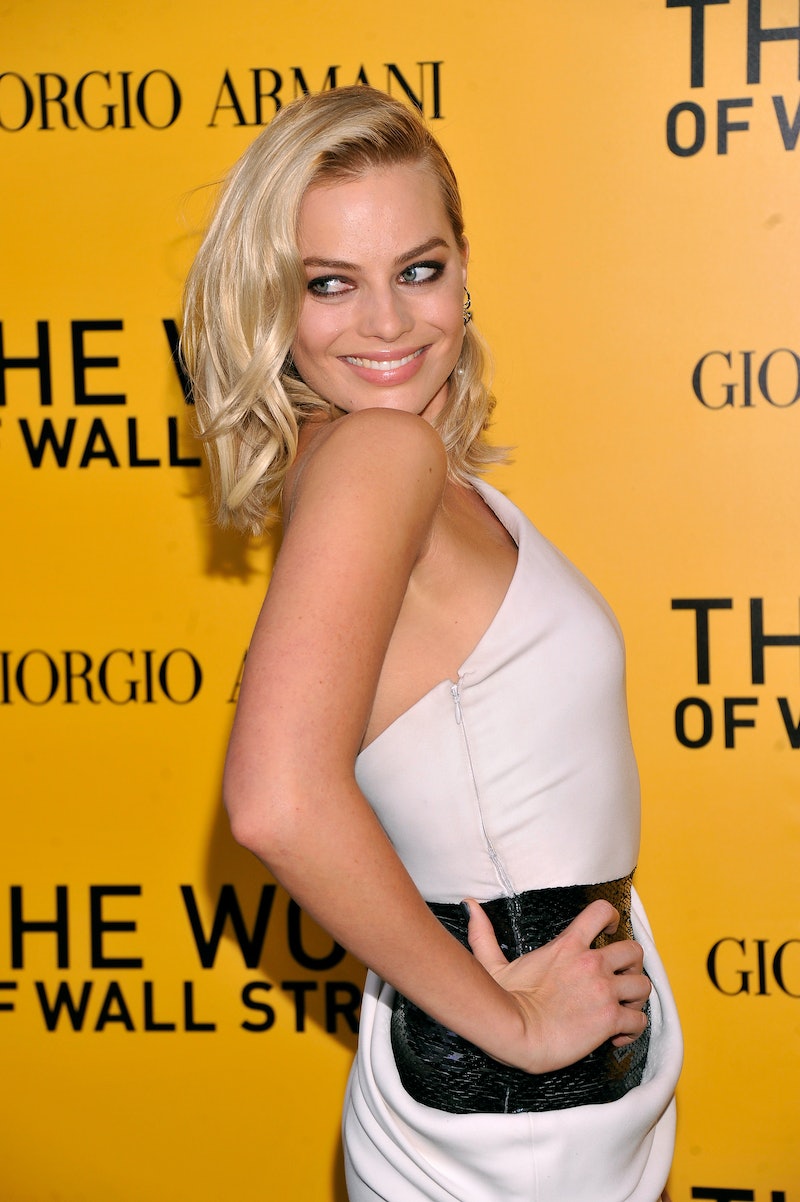 She may be a blonde bombshell on the red carpet and in Oscar-nominated The Wolf of Wall Street, but Hollywood's newest it girl has turned to the dark side: Margot Robbie has gone brunette for an upcoming role in a science fiction flick Z for Zachariah.

The news broke last week that one of this awards season’s hottest stars had undergone a hair color change, but it wasn’t until yesterday — when Robbie released this almost-unrecognizable selfie on her WhoSay account — that the public caught a glimpse of her darker locks for the first time.

Though we can’t say we're totally in love her dull, mousy brown 'do, we’re sure it's a little more appropriate for her role in the post-apocalyptic film than the shimmering gold tresses she’s wowed us with on screen and on the red carpet. She clearly shines with her luminous locks, but it's also nice to see she’s willing to experiment and take a risk so early in her career, much like Jennifer Lawrence, who’s gone from blonde to brunette again and again for her role in The Hunger Games trilogy.

We’re not sure whether the darker hair color will stick around for her walk down the Academy Awards red carpet in March — we’re guessing it will — but her new hue could open the door to a whole new wardrobe for the budding star (trucker hats and flannel shirts not included, we hope).

Along with breakout star Lupita N’yongo, Robbie has been in the spotlight this awards season, showing up to red carpet premieres and awards shows alike looking way chicer than any 23-year-old should. From her sexy, satin Oscar de la Renta premiere dress to her Golden Globes Gucci gown, the Australian actress has done nothing but stun everyone since popping up on our radar just months ago.

And her blossoming career is nothing to sneeze at, either. In addition to Robbie's role in Z for Zachariah , the actress is rumored to play Jane to True Blood hottie Alexander Skarsgard's Tarzan in an upcoming film based on the popular jungle character.

Word has also spread that the father of Playboy, Hugh Hefner himself, has been gunning to get the Aussie star in the famed magazine. But seeing as Hef has a thing for blondes, she may have missed her chance — at least for the time being.