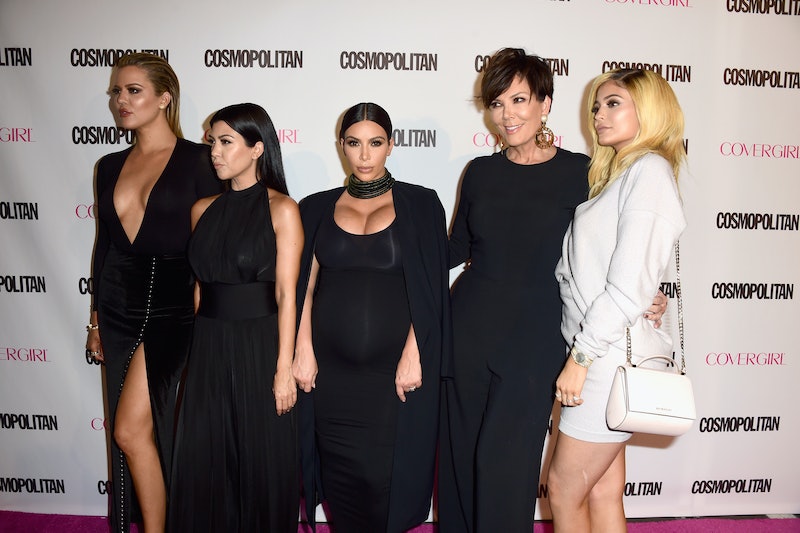 The Kardashian clan is a brood of moguls, with each one of them having multitudes of talent in many different arenas, but there is one aspect of entertainment they may want to leave to the professionals, and that is singing. During Sunday’s episode of Keeping Up With The Kardashians, Kim, Kourtney, Kylie, and Kendall attempt to recreate a song that was written for Kris Jenner’s 30th birthday. Though their heart was definitely in the right place, I don’t know if the Kardashians’ “She Loves Her Friends” parody will go platinum anytime soon — though, fortunately, that wasn't really the point of the adorable tribute.

The episode was an emotional roller coaster, per usual, with the family experiencing celebrations amidst the news of Scott Disck entering rehab and Lamar Odom's hospitalization. To keep their spirits up amid all of the difficult times, Kim and Kourtney decide to focus their energies on the creation of the video for Kris’s 60th birthday party celebration. Though the momager celebrated her birthday with a Gatsby-themed bash back in November 2015, the show gave viewers a glimpse behind the scenes of her daughters preparing to sing the song they rewrote for her.

In true Kardashian fashion, Kim, Kourtney, Kylie, and Kendall (Khloe was absent because she was by Lamar’s side in the hospital) rented a recording studio to lay down the revised version of “I Love My Friends” to honor their mother. The episode allowed us to see the sisters tossing around lyrics to include, and though it didn't include any footage of the women singing, Kim joked that the sisters should join together to form a band of “really mediocre singers.” But, Kourtney contended that she was, in fact, the Beyonce of the group.

You can check that out for yourself below with this clip of the fun song!

And, watch the original version here!