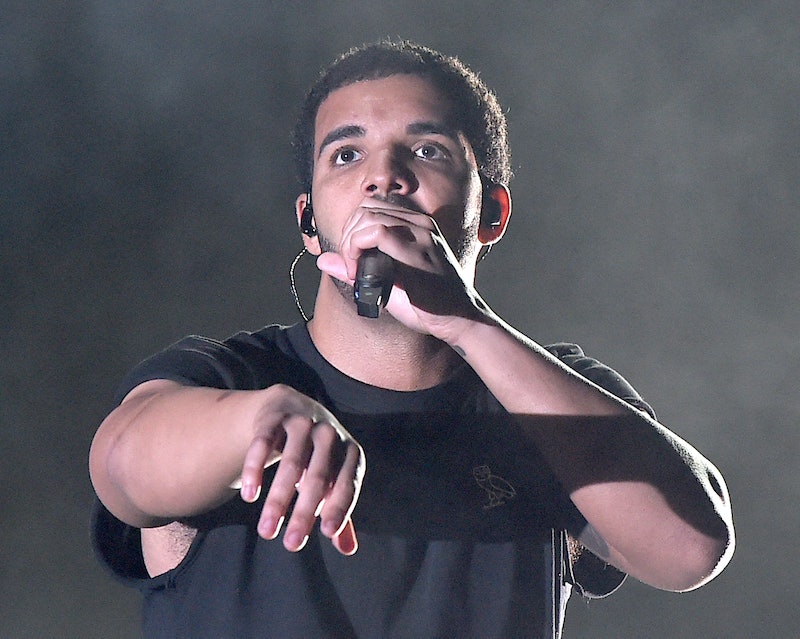 Leave it to Drake to take an otherwise boring weekend and turn it into something magical by dropping a new song. Drake's "Sweet Sixteen" was released as the first single from Views From the 6, slated to be released in April 2016. The song is one of those that you appreciate more and more as you listen to it over and over again, not in the least because Drake packs it with so many references and colorful images that you can only really understand them all by your ninth or tenth replay of the song. But, even beyond all of those references, there's a message to be found buried within the verses of this brand new track. So what is Drake's "Summer Sixteen" about? The answer is, well, a lot of different things that all boil down to the same source: Drake is not a man to be messed with.

If there's one thing that Drake drives in over and over again, from the chorus to the verses, it's that he is coming after anyone who comes after him. He establishes himself as being at the top of the game — he even has a pool that's bigger than Kanye's, you guys — and makes it clear with lines like "Yeah, and I could really dish it out. Come and get it from the source" and "But I’m better off anyway, y’all never gon’ finish Drake." He references his feud with Meek Mill, and even jokes that it's ridiculous that he can so easily run the game in America when he's actually Canadian.

This song is braggadocious in the extreme, and yet you can't help but feel that Drake is utterly justified in what he's saying. In his last feud, the Internet decreed that he came out on top. Now, he's made us wait forever for an album, and we're just as excited about it as we were when we first heard it was on its way. When Drake talks on a track, people listen.

So, basically, "Summer Sixteen" is the song that you want to blast from the windows when you're driving past the house of that guy you hate and you want to let him know that there's no point in messing with the Queen. (Or the King. I mean, it works for everyone.) It's an anthem declaring that the person blasting the song is on top, and that anyone who tries to throw shade in their direction is going to get knocked back. It's a great song for your ego, basically, is what I'm saying. When Drake goes in on a track, he goes in.

More like this
'The Summer I Turned Pretty' Using “Cruel Summer” Has Twitter Begging Taylor Swift To Release A Music Video
By Radhika Menon
Drake’s Net Worth Will Have Critics Saying “Honestly, Nevermind”
By Hugh McIntyre
Lizzo Proved She’s Team Jeremiah During Her ‘The Summer I Turned Pretty’ Review
By Grace Wehniainen
Kanye Joked About His Divorce To Kim K In A Surprise Speech At The BET Awards
By Alyssa Lapid
Get Even More From Bustle — Sign Up For The Newsletter