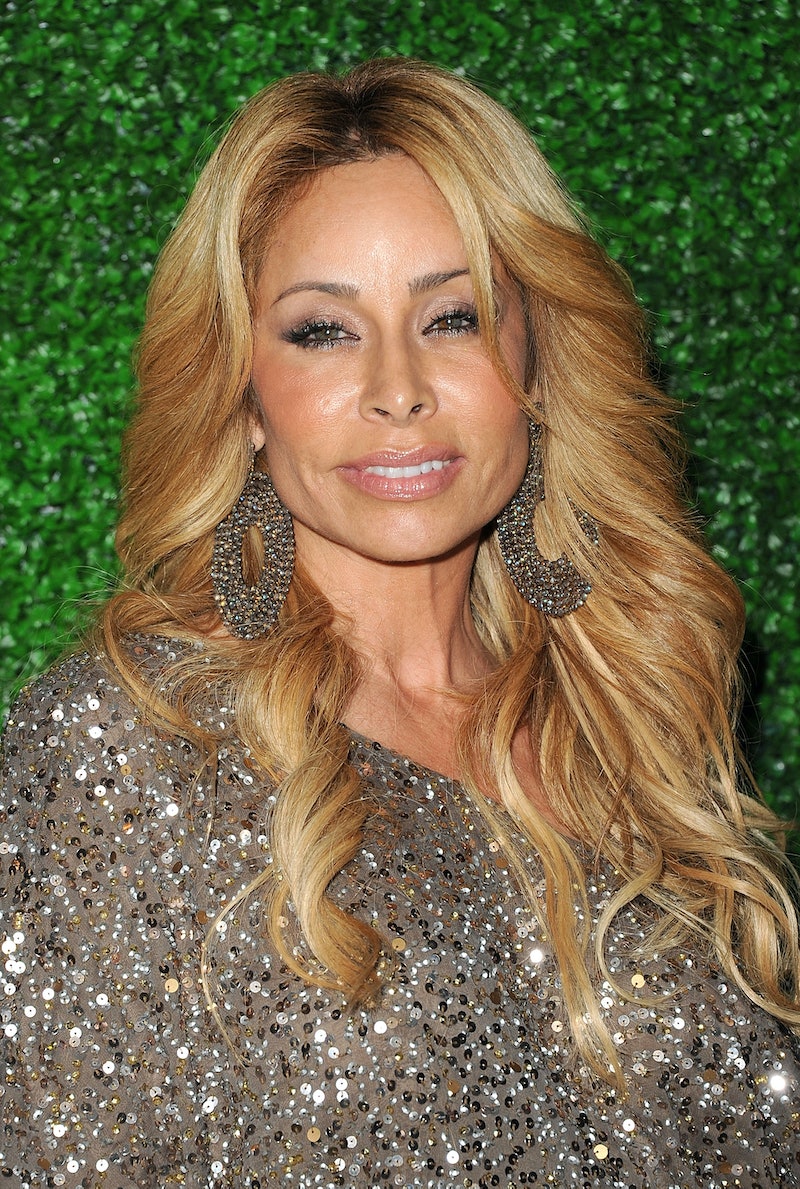 Lately, it seems like Faye Resnick's name has been popping up everywhere. From cameos on episodes of Real Housewives of Beverly Hills to all the talk about the American Crime Story miniseries The People Vs. O.J. Simpson , Resnick is making plenty of headlines. While diehard Keeping Up With The Kardashian fans may recognize her as a good friend of momager Kris Jenner, she's much more than that. And if you don't know who she is, you're in luck — now is as good a time as any to learn more. Read on for the lowdown on her participation in the trial, Real Housewives, and more, followed by a handy chart that maps out the entire confusing thing.

Resnick is best known for her role in the O.J. Simpson trial. As a close friend of Nicole Brown Simpson, she testified against O.J. in court. She'll be played by Connie Britton in The People Vs. O.J. Simpson , which airs in February.

Leading up to the trial, O.J. and his lawyers tried to blame Resnick for Nicole's death, claiming it was connected to Resnick's cocaine use. They argued that Colombian drug dealers mistook Nicole as Resnick, killing her and Ron Goldman by accident. Before making its way to court, the judge dismissed this theory as "highly speculative." Although Resnick admitted to cocaine use in the past, Deputy District Attorney Cheri Lewis called the speculation "absurd."

Prior to the trial, Resnick wrote a book called Nicole Brown Simpson: The Private Diary of a Life Interrupted , which was published in 1994. According to People, when explaining why she wrote the book, Resnick said, "Nicole truly believed and told me on many occasions that O.J. would kill her and get away with it. I promised her that if that happened, I would tell everything I knew about their abusive relationship."

In her book, Resnick also wrote about current Beverly Hills Real Housewife Kathryn Edwards and alleged that Edwards' first husband, Marcus Allen, had an affair with Nicole. Allen denied having a sexual relationship with Nicole while giving court testimony in 1996. More than 20 years later, Edwards confronted Resnick about her book for the first time on a recent episode of RHOBH .

Speaking of RHOBH, Resnick is BFFs with cast member Kyle Richards, but her appearances on the show tend to be rather drama-filled and controversial. Back in 2010, she earned the nickname "the morally corrupt Faye Resnick," thanks to Camille Grammer. Grammer used the phrase in a confessional interview after meeting Resnick at a dinner party Richards threw. The former Housewife was referencing the fact that Resnick wrote a book about Nicole, testified in the O.J. trial, and then posed for Playboy. Essentially she was implying that Resnick seemingly used her friend's murder to gain fame.

Then in 2012, there was more RHOBH drama — this time with Brandi Glanville. At a dinner party hosted by Richards, Resnick called out Glanville for fighting with Adrienne Maloof, one of her friends and another Real Housewives star. Trying to stick up for Maloof, Resnick told Glanville, "I think you attack people a lot. I think you need a lot of attention." Yikes! Clearly offended, Glanville wound up getting up and leaving the table.

And that's not the only time Glanville and Resnick had some beef. In 2013, Resnick accused Glanville of sleeping with a married man in the bathroom at Richards' white party. She also blamed Glanville for Maloof and Paul Nasiff splitting up. When Glanville tried to say none of this was her business, Resnick said, "I'm involved in everything." It sure sounds like it, huh?

Now that her friends (and enemies) are covered, let's delve a bit deeper into her love life. Resnick has been married four times, with three marriages ending in divorce. She's currently hitched to Everett Jack Jr. Believe it or not, the pair got married at Kris Jenner's house last October and Jenner even officiated the ceremony. According to Resnick's bio on Bravo, Jack is "the man of her dreams and the love of her life."

As some backstory, People reports that Resnick had a failed marriage in the '80s. (Her husband's name was Rick Barnett, according to a 1996 court deposition.) She then moved to London and married Fadi Halabi. They have a daughter, Francesca, together. After getting divorced from Halabi, she then married entrepreneur Paul Resnick in 1986. They divorced five years later on amicable terms. That brings us to her present day relationship with Jack.

Just in case your head is spinning from all that info, I've made a handy-dandy chart to help you sort out who exactly Resnick is and how she's connected to some major Hollywood names:

Next time you're watching Real Housewives, just pull this out to keep track of all the drama!