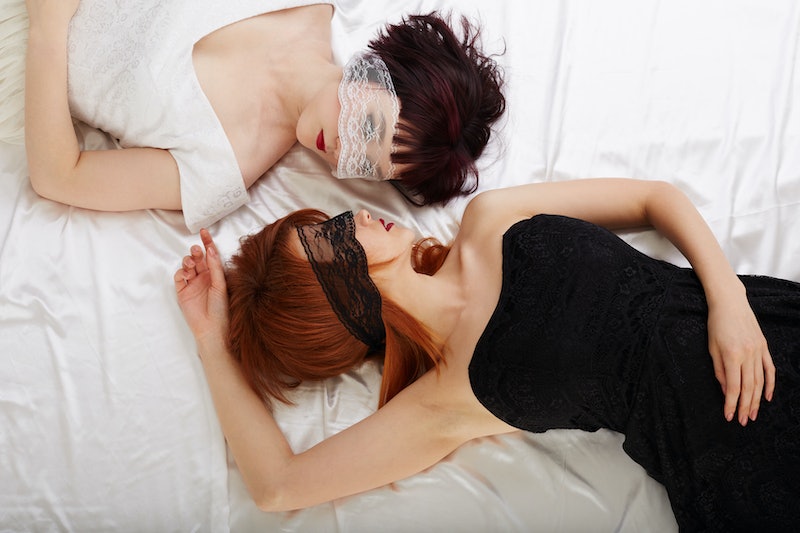 Even if you may not admit it, there’s a chance you have a sexual fetish inside you. You might even have more than one sexual desire spinning around in your brain, as you try to figure out whether or not it makes you weird to be turned on by things outside the norm. Well, unless your fetish is bestiality or pedophile in nature, there’s a good chance your sexual fetish isn’t all that crazy. In fact, it might just be “normal,” relatively speaking.

According to new research, sexual fetishes might be a learned language. While some are steeped in childhood experiences, others may be how the brain is hardwired. But either way, it’s something that’s learned, like a language, and when you do, you need that fetish as part of your sexual scenario to experience arousal ― you’re not doing anything unhealthy or even remotely weird.

But while fetishes do run the gamut, as we all have our own experiences and brain wiring that’s unique to us, some are definitely more common than others. Here are some desires you’re likely to come across in your sex life ― if you haven’t already.

A spanking fetish is probably one of the most common out there. According to Hodgson, in many cases, spanking is usually the result of one’s childhood.

If you have a foot fetish, you probably don’t need to go digging into you past to try to figure out why. In this case, it’s likely to have more to do with wiring. According to Hodgson, “There's actually a scientific theory that says there's some cross-wiring in the brain of foot fetishists ― the areas of the brain that are associated with the genitalia and the brain are next to one another."

It’s not bad wiring, just different wiring from those who don’t have a foot fetish.

Although the shoe fetish is more common in men than women, there’s a reason why it’s so enticing to men. “There’s so much eroticized imagery around high heels,” Samantha Leigh Allen, a student at Emory University who studies fetishes told Men’s Health. “They’ve become a symbol of feminine power and aggressiveness — of men’s craving for female dominance.”

So if you have a male partner who expresses a desire to keep your shoes nearby during sex, don’t think him freaky. See it as a way of him wanting to incorporate more of your dominance into the bedroom.

While the reason isn’t exactly clear, some psychologists think it’s just a matter of wanting to know what’s going on behind closed doors or showing off what they have going on behind their own closed doors. It’s sort of taboo to fling open the door on your sex life, and that’s may be a reason why it turns people on so much.

Also known as trichophilia, having a hair fetish, according to WebMD, is pretty common. For these people the sight of hair, anywhere ― chest, head, armpit, legs, face, pubic bone ― causes an arousal. Even the cutting or shaving of one’s hair can get someone all hot and bothered.

While there may not seem to be anything especially appealing about hair, especially if you don’t have a hair fetish, you just have to look around at how other cultures perceive women’s hair in particular. For example, in both the Jewish and Islamic religions, a women’s hair is regarded as erotic, that’s one of the reasons it’s kept hidden from the outside world. There’s also the fact that here in the West women shave their legs and armpits, so it makes sense that a man might be turned on by a bit of stumble ― he’s seeing something that isn’t “supposed” to be there.

I think I might have this one, but I digress.

A tattoo fetish is one that can go both ways: You become aroused by getting tattoos or by seeing tattoos on another person. Again, we’re dealing with something that was once taboo, especially on women, and something that's known to cause pain, fulfilling the masochistic need in people. They’re also associated with someone being “bad,” although many of us have tattoos.

I was the first woman with tattoos that my husband ever dated and because of all my ink, he thought there was something “edgy” about me (there really isn’t though, TBH). People are naturally drawn to what they think is off limits. A sexual fetish for piercings also falls into this group, especially if the piercing is in an "unusual" place.