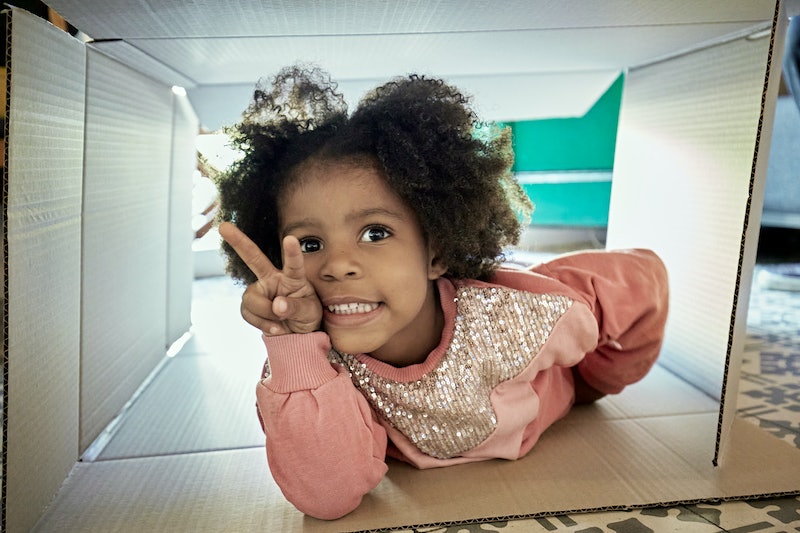 Nameberry, one of the top baby name destinations on the Internet for expecting parents, recently compiled a list of their top 50 baby names for 2016. Yes, it's only February, but babies are being born literally every second, and someone's gotta name them something, right?

Nameberry's process was two-fold: First, they looked at which baby names have attracted the highest numbers of unique views over the past 30 days. They then looked at which of those names had increased in popularity by 50 percent since this time last year. Ta-da! 50 names for boys and 50 names for girls — except that one of the top Nameberry observations was the surge in gender-neutral monikers.

As a feminist person who firmly believes in gender equality, this trend is one I can definitely support (and hope is more than just a "trend," and rather a lasting theme). Accordingly, here are some of my personal favorites from Nameberry's ranking. Good for boys, good for girls, good for choose-whatever-word-you-like-because-gender-is-a-construct.

An Irish Gaelic name meaning "valiant," Riley has traditionally been used for both boys and girls.

Though traditionally a French girl's name, I've known both boys and girls named Avery. Now that I know it means "rules with elf-wisdom," I love it even more.

This Scottish/Gaelic name means "little redhead," after a red-berried bush found in Scotland that was said to ward off witches. Scholars say it's been used for both boys and girls for centuries; Brooke Shields' daughter is the latest "li'l redhead" to hit the scene.

Depending on which baby name site you visit, Peyton is considered a girl's name, or boy's name, and means "fighting-man's estate." Yeah I don't really know what that means either. Cute name, though.

Yes, Sage is a delicious herb, but it's also a French baby name meaning "wise one."

Inspired by Saint Augustine, who is the patron saint of brewers (true story), this traditionally male name is an elegant option for either gender.

Spanish for "barberry tree," Arlo first entered the English language when Edmund Spenser used it as a name in his 16th century work The Fairie Queene.

Ugh, nothing to me is cuter than a spunky little girl named "Charlie." Boys named Charlie are also cute. Charlie is a universally cute name, okay?

More like this
Sandra Bullock, Girlboss Extraordinaire
By Matt Harkins & Viviana Olen
What The History Of Pride Month Means For Celebrations Today
By Jay Polish
25 Quotes About Love To Share During Pride Month 2022
By Madeleine Aggeler and Emma Garza
Meet The Spice Company Founder Who Sees Chai As A Metaphor
By Madhuri Sathish-Van Atta
Get Even More From Bustle — Sign Up For The Newsletter