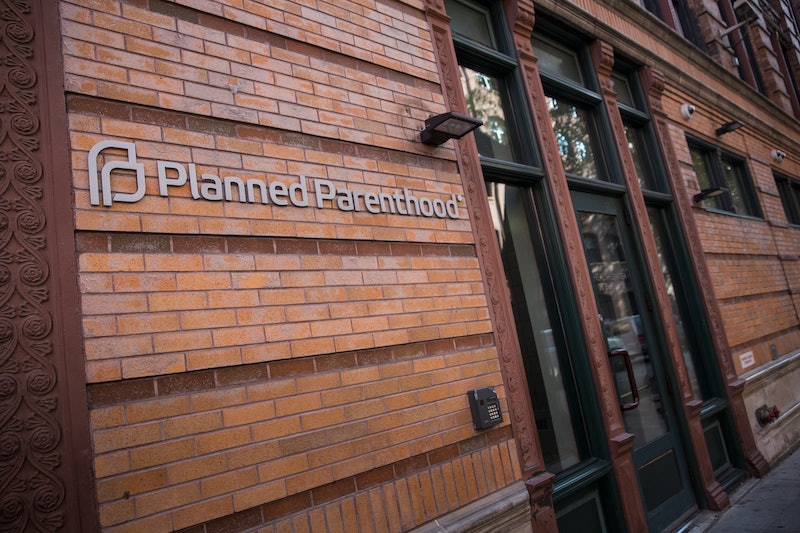 In today's edition of "news that will send you into a Hulk-like state of rage," an Austin, Texas-based research group has looked at what happened after the state essentially defunded Planned Parenthood, and the results are disheartening, to say the least. According to the report, Texas women have had more babies and less access to birth control since 2013, when the state cut taxpayer funding both to the organization itself and to others with ties to abortion services. The results may seem obvious — it's hardly a surprise that women have more babies when you restrict access to birth control — but the study has disturbing implications for women across the nation.

Published in the New England Journal of Medicine, the study found that after Texas stopped funding Planned Parenthood through its public family planning program, which services low-income women, the number of claims for long-acting, reversible contraceptives (LARCs) like IUDs and implants plunged by 35.5 percent in counties where Planned Parenthood used to receive state funding. The percentage alone is staggering enough, but the actual numbers are dismal: Before state funding was cut in 2013, 1,042 women filed for LARCs under Medicaid's Women's Health Program. By the end of 2014, that number was just 672.

The study also found that the number of women who filed claims for birth control injections dropped by almost as much, with a reduction of 31.1 percent. Furthermore, the rate of childbirth for low-income women in counties affected by the defunding of Planned Parenthood increased by 1.9 percent, which researchers note is a 27.1 percent relative increase from the baseline.

The only birth control that remained unaffected was short-term hormonal options like the pill, which lead researcher Amanda Stevenson explained to Vox was likely due to the comparative ease of prescribing them. Unfortunately, these options simply aren't as effective as LARCs; with typical use, the pill has a failure rate of nine percent. In contrast, the chances of getting pregnant while using an IUD are between 0.8 and two percent with typical use.

The study can't draw a causal link between defunding Planned Parenthood and the changes outlined above, but it's clear that women are affected when they can't get access to their typical family planning providers, especially low-income women who aren't able to afford effective birth control elsewhere. Combined with Texas lawmakers' ongoing efforts to make getting an abortion increasingly difficult, the study is a disturbing look at what happens when you take away women's access to family planning — and the results are even more troubling in light of recent (failed) attempts on the national level to implement similar policies regarding Planned Parenthood.

Although some lawmakers argue that defunding the organization will simply cause women to seek birth control elsewhere, the report's results are clear: In the battle between the GOP and family planning providers, women are the ones who lose.

More like this
10 Organizations To Support On Latinx Women's Equal Pay Day
By Caroline Burke and Mia Mercado
Here's How To Support Jewish People Amid Rising Antisemitism
By Hannah Orenstein
Dyson Is Dropping Futuristic, Air-Purifying Headphones
By Rachel Lapidos
MOBO Awards Found Kanya King On The Woman Whose Grit & Determination Spur Her On
By Kanya King
Get Even More From Bustle — Sign Up For The Newsletter