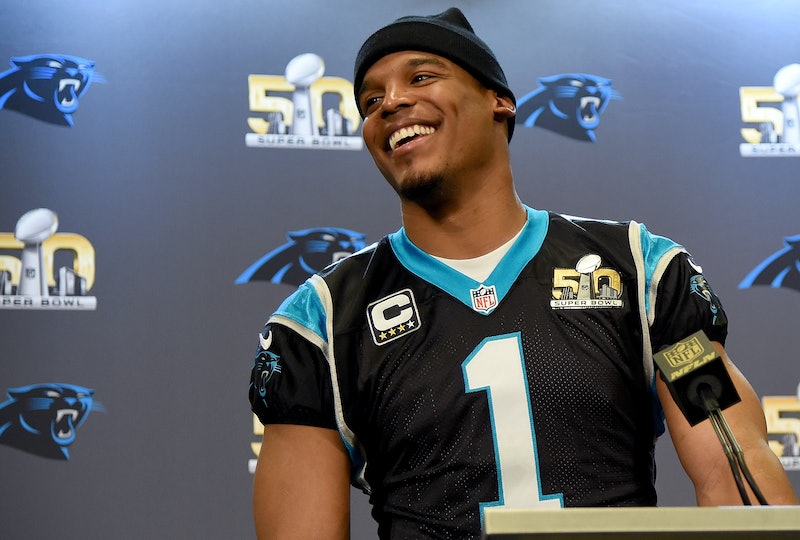 I love everything about the Super Bowl, except the football. Having beers with friends? Yes please! Gorging yourself on wings/pizza/nachos? I'm all for it! Ridiculous ads? I can't wait! A wild half-time show? Love it! Making bets? Let's do it! Yelling as loud as you can at the television? Hell yeah!

My distaste for football is not because I'm a girl or because I don't understand how it works. I tried really hard to get into football. After six years in marching band, I've been to thousands of games, cheered my heart out for teams, learned all the rules and technicalities. But I've just personally never been able to get behind it. Where many of my friends see suspense and excitement, I see people running back and forth across a field ad nauseum, with little variety. Give me a good game of basketball or a quidditch match any day, but football just ain't my style.

This weekend you'll find me at the Super Bowl party with a spicy chicken wing in one hand and a good book in the other. If that's your plan too, here are some page-turning reads that will give you all the exhilaration of the game, without actually having to pay attention to it.

1. The Princess Bride by William Goldman

“'Does it have any sports in it?' 'Fencing. Fighting. Torture. Poison. True Love. Hate. Revenge. Giants. Hunters. Bad men. Good men. Beautifulest Ladies. Snakes. Spiders... Pain. Death. Brave men. Cowardly men. Strongest men. Chases. Escapes. Lies. Truths. Passion. Miracles.'” This is one of my favorite books of all time, and it will certainly take you for a ride. Filled with high-adventure, humor, and plenty of challenges, you'll be taken for quite a ride.

2. And Then There Were None by Agatha Christie

While the rest of the country is making bets on sports teams, you'll be making bets on this gripping read from the Queen of Crime. A group of strangers are brought to a secluded island by a host who is nowhere to be found. As they begin to get killed off, one by one, their sordid pasts become revealed, and it is clear that they are not all who they say they are. Who is the murderer? What dark secrets does each character hold? And who will be the last one standing? You'll be dying to find out.

3. The Queen of the Night by Alexander Chee

This book will sweep you away on a romp through 19th century Paris. Opera legend Lilliet Berne is offered her first original role, but when she discovers that the libretto is based on her own secret past, she dives into a recount of her wild adventures, trying to to determine who it is who has betrayed her trust. This brilliant read will wrap you up completely.

This read will have your adrenaline pumping the whole way through. Ani FaNelli has a seemingly perfect life, but a dark secret from her past threatens to ruin it all. Filled with twists and turns like nobody's business, this is a heart-pumping interpretation of the classic "Can women really have it all?" debate.

5. An Untamed State by Roxane Gay

Roxane Gay's fiction is just as hard-hitting as her famous essays. Set in Port au Prince, this is the story of the daughter of one of Haiti's richest sons who is kidnapped and held for a ransom that her father refuses to pay. As you would expect from Gay, this is not only a gripping read, but also a chilling examination into the circumstances of privilege.

6. A Brief History of Seven Killings by Marlon James

True story: I was reading this book on the subway and gasped so loudly that the person next to me scooted away. It's no wonder this book won the Man Booker prize, because it is a masterpiece. Using the attempted murder of Bob Marley as a focal point, James uses a pantheon of voices to dive into the violence of Jamaica beginning in the 1960s, and its resounding effects.

7. Interview with the Vampire by Anne Rice

This classic will mesmerize you. The confessions of a vampire, Louis de Pointe du Lac about the circumstances of his unlife, this novel spans 200 years, from his siring in 1791 New Orleans. At the center is Louis' immortal, homoerotic partnership with his strange-tempered sire, Lestat, and his paternal love for Claudia, a young girl who they turned into a vampire and adopted. You don't have to be a fan of Twilight or Buffy to fall in love with Anne Rice; her vampire story is a force all its own.

8. City of Bones by Cassandra Clare

This champion of a series will completely hook you. In New York City, after witnessing what seems to be a strange murder, 15-year-old Clary Fray is pulled into the mysterious, fast-paced world of the Shadowhunters, a group dedicated to ridding the world of demons. When Clary's mother disappears, she's attacked, and she finds herself in possession of a new power, she is pulled down into a gritty new world.