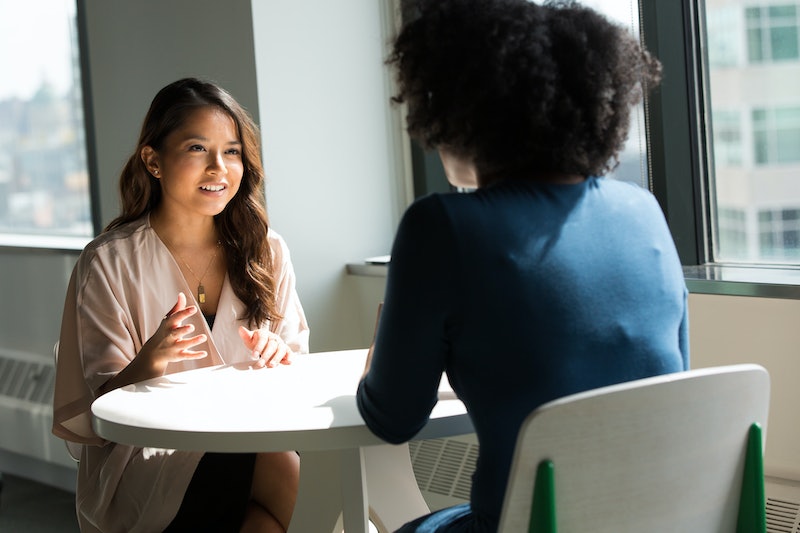 Finding a job opening, securing an interview, and nailing it can be a feat all its own. However, when you add the hurdle of not wanting to accept the offer, it can be flat out exhausting. You shouldn’t feel guilty, though — there are times you should turn down a job offer, especially if the job isn’t at all what you thought it would be. I’ve been there, too. You feel as though you should accept an offer simply because it’s right there in front of you, but for some reason it just doesn’t feel right. It’s common for us to dwell on the fact that a potential employer is looking for certain things in a candidate to hire, but we as potential employees are also looking for certain things in a job. It’s a two-way road, and ultimately it needs to end with both sides feeling happy and secure in the new hire.

The key is to not settle, especially when it comes to points that mean a lot to you, whether that be salary, roles and responsibilities, or walk/life balance. I know there are plenty of people who feel they might have to settle due to financial circumstances, but if you can hold out to find a better job... wait for it! Any job might seem better than the ideal job, but if you stay headstrong on finding something that’s right for you, you might find it comes with a better salary as well.

Try to remain focused on if the job feels like a good fit, and if not, don’t accept. Here are eight times you should turn down a job offer:

1. You’ve Listened To The Word On The Street… And It Isn’t Good

One of the many beauties of the Internet is that it allows us to quickly and easily research almost any topic we’d like — including any companies we’re considering working for. If employees have nothing but negative things to say about a company you just received an offer from, you might ultimately end up feeling negatively about the company as well. According to the career search engine Monster.com, you should listen closely to what’s being said about the company, as well as its performance. Are their stocks plummeting? Have there been regular layoffs? Is employee turnover high? Monster.com noted all of these could be red flags. They recommended researching a company thoroughly before accepting an offer.

2. The Job Goes Against Your Values

I’m talking about core values here — the things you feel incredibly strongly about and wouldn’t, under normal circumstances, waiver on. Salary.com agreed a job shouldn’t make you feel as though you’re compromising your beliefs or who you are. Don’t sacrifice your integrity! There will be other offers that won’t leave you feeling so queasy about job role.

3. You Don’t Think The Work Culture Fits You At All

This is going to be a place you’re spending every weekday for a long time (or possibly for your whole career!), so you have to make sure you fit into the environment. According to INC, making sure you’ll fit into the work culture is a big aspect of whether you should accept the offer or not. If it doesn’t feel right, chances are it’s not.

4. The Offer Doesn’t Align With What Was Originally Discussed

This could have to do with anything from job roles and responsibilities, to salary, to hours, etc. The bottom line is, the job offer does not align with how the position was explained to you throughout the interview process. If anything major about the job differs significantly from what you was originally told, take this as a warning sign about the employer, according to Forbes.

5. You'll Barely Be Able To Pay Your Bills

The salary aspect can be really difficult to navigate, especially if you’re offered the job of your dreams, but the salary won’t allow you to even pay you rent (let alone your other bills!). The other side of the coin for wanting to accept a position that pays far too little is that money might be really tight right now and you feel you should accept whatever you can get. Forbes recommended never accepting a position that offers far less than you’re comfortable with. Do some research on what the role should be paying you based on job type, level, and location to come up with a figure. Then, while equipped with that number, Forbes suggested pushing back and asking for more. If they won’t budge, you shouldn’t accept.

This one is based on personal experience, but I highly recommend you follow my lead in keeping your eyes peeled for unprofessionalism. I once had a phone interview for a copywriting job that had gone really well. When they asked me to come in to interview again in person, I was thrilled — that is, until I got there. Once inside, I was greeted by the CEO whose hands were covered in what appeared to be dried hot sauce and who was wearing a stained white T-shirt, sweatpants with grass stains, and crusty flip flops. He brought me into his office which was basically a giant room filled with ripped pleather couches. The CEO and his son interviewed me for over two hours, intermittingly telling me the most personal (and borderline offensive) things about their personal lives, and getting just a little too close. They also argued loudly with each other through the entire interview. When they finally let me leave, I pretty much sprinted to my car.

Moral of story — unprofessionalism is something you can sense almost right away, and something you should beware of. Despite getting an offer, I naturally didn’t take that copywriting position, but I can almost guarantee that whoever did didn’t last there very long.

7. The Job Leaves You Zero Time For Your Family

For many of us, work/life balance is incredibly important. For those with a family, it could mean the difference between seeing your children before they fall asleep and missing them every night. If work/life balance is something you feel strongly about, you shouldn’t accept a position that is going to keep you in the office or on the road for 90 hours a week. According to Salary.com, a job that soaks up a great number of your hours each week may be a risk to your family connections. If the job position demands a lot of your time, stop and consider if and how this job offer will affect your personal and family life. If it will take you away from your family regularly, it’s more than OK to decline.

8. The Offer Sounds Way Too Good To Be True

There’s something to be said for things in life that like as though they’re too good to be true — they almost always are. Listen closely to what the offer sounds like. According to INC, if they’re promising you a fast track to success, a future filled with crazy amounts of money, or anything else that makes you stop and think, “But how?” be smart by moving on to the next offer.

While it can seem difficult to decline a job offer, if it conflicts with any of the points above, it might be your best move. Ultimately, consider if the job will be good for you personally, your finances, and your long-term career, and take it from there.