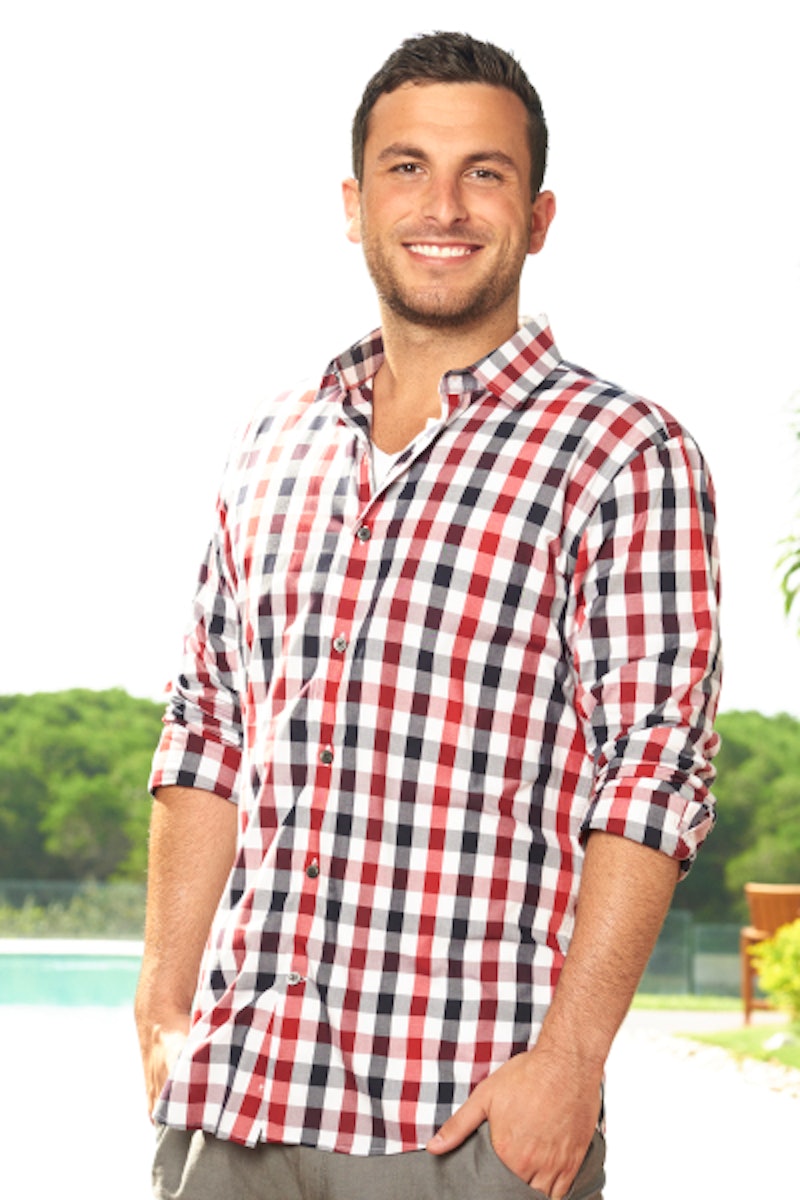 Admittedly, I like to see a contestant on The Bachelor or The Bachelorette with a real job. Not "Chicken Enthusiast" or "Free Spirit" or "Aspiring Actor," but something more along the lines of "Software Sales Rep," "Doctor," "Assistant District Attorney," or even "Airline Pilot." Bonus points if I'm not exactly sure what it is your job entails but it sounds important anyway. In two decades of The Bachelor, there have been many contestant jobs, but I'm only interested in the man of the hour, the man who is getting hitched on national television in celebration of 20 years of The Bachelor — Tanner Tolbert, whose day job when he's not on The Bachelorette or Bachelor In Paradise is pretty impressive.

It turns out post-Paradise life is not just all endorsements and advertisements (though I’m sure you’d think otherwise from following both Jade and Tanner’s respective social media channels). Nope, Tanner has a real life and a real job, which according to his LinkedIn profile, is being a General Sales Manager at Legends Toyota in Kansas City, Missouri. In fact, this is a new position for Tanner, as he just got promoted in January of 2016, according to his caption on the below Instagram photo.

What a great employer to not only let Tanner take breaks last year to film The Bachelorette and Bachelor In Paradise, but then to promote him when he got back! That or Tanner is just really good at his job. It's probably a combination of both, since Tanner has been with Legends Toyota for a few years now, according to his LinkedIn. He likely even got Jade her very first new vehicle considering it's a Toyota.

Also on Tanner’s resume? According to LinkedIn, he worked in sales at Steve Tolbert Suzuki (that must be a family business) and received a college education from the University of Kansas, where Tanner even served as football manager. That explains his die-hard KU and Kansas City Royals fan status.

Tanner keeping the same job that he’s held throughout all of the Bachelor process really shows what a normal, down-to-earth guy he really is. There are many Bachelor stars that tried to extend their 15 minutes of fame for as long as possible. But, Tanner is just a normal guy with a good job who happened to get onto a reality television show. And, I guess it all worked out for him, because he left Bachelor In Paradise with Jade and as close to a happily ever after as someone can get.