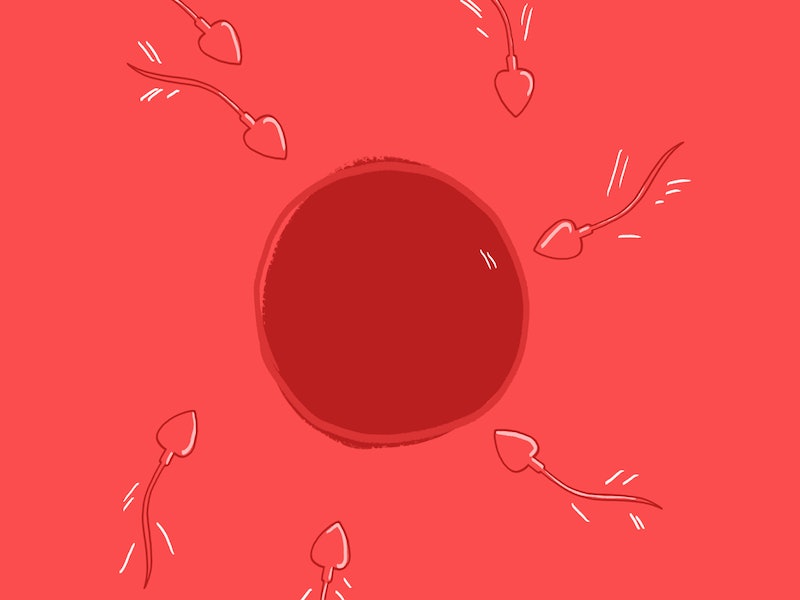 Fertility can be a complex, confusing, many-headed beast. For something that seems like it should be relatively simple — after all, it is the basis for the perpetuation of the entire human race — there are a lot of different factors that go into being fertile, and that can cause problems with fertility. You’re probably familiar with some of these factors already. Conditions like endometriosis and polycystic ovary syndrome (PCOS), for example, can cause infertility, as can uterine fibroids, in some cases. Your lifestyle choices, from your exercise routine to your alcohol consumption, can also affect your ability to conceive. (And let’s not forget that fertility is not only a women’s issue! Guys can have fertility problems, too; male infertility contributes to about 40 percent of infertility cases.) But although some things that affect fertility might seem fairly obvious, others might surprise you. (Gum disease? Really?).

Whether you’re someone who is trying to get pregnant now, avoiding pregnancy at the moment but planning on trying for a baby later, or perfectly content to never have kids, it’s a good idea to know everything you can about your reproductive health, so that you can make informed decisions about your body and your lifestyle. If you’ve been trying to get pregnant for a while and aren’t having any luck, talk with your doctor about what’s going on and discuss factors that may be affecting your health and fertility. One of these strange issues might just be the culprit:

You’re probably not terribly surprised to see this one on the list. I mean, given how awful smoking is for practically every other aspect of your health, it’s not at all unexpected that smoking would affect fertility, too. Women who smoke are 60 percent more likely to experience infertility than women who don't smoke (SIXTY PERCENT, y'all), according to Today. Women who smoke who are trying to get pregnant also take more than 40 percent longer to conceive than non-smokers, and they respond less well to fertility treatments. Smoking can also have a significant adverse effect on male fertility.

If that weren’t enough, smoking while pregnant can do serious damage to mother and baby: Smoking during pregnancy increases risk of miscarriage, still birth, low birth weight when the baby is born, and sudden infant death syndrome (SIDS). In short, smoking sucks.

We already know that artificial light is the enemy of good, restful sleep, but the glow from our cell phones at night can also mess with fertility. The problem has to do with the way that light affects our bodies’ production of melatonin. Melatonin is a hormone released by the pineal gland that makes us feel sleepy. When it’s dark, the pineal gland excretes melatonin, causing us to sleep, and when it gets light, the pineal gland stops producing melatonin, signaling us to wake up. So when we bring artificial light into the picture (with cell phones, TVs, or tablets, for example), we disrupt the usual signals controlling the pineal gland, and it can get confused about when it’s supposed to be giving us melatonin. And that leads to restless sleep and even insomnia.

So what does that have to do with fertility? It turns out that melatonin does more than make us sleepy: The hormone also protects women’s eggs from “oxidative stress,” according to Live Science. A 2014 study found that melatonin has “strong antioxidant properties” that safeguards the egg from “free-radical damage.” Artificial light signals to the pineal gland that it’s time to be awake and causes a decrease in melatonin production, which in turn leaves a woman’s egg with less protection than normal. In an interview with Live Science, Russel J. Reiter, a professor of cellular biology at the University of Texas Health Science Center in San Antonio, advised, “If women are trying to get pregnant, maintain at least eight hours of a dark period at night. The light-dark cycle should be regular from one day to the next; otherwise, a woman's biological clock is confused.”

In 2011, a study found that women with gum disease take about two months longer to conceive that women with healthy gums. The connection between one’s teeth and one’s reproductive system may seem distant, but the researchers theorize that the inflammation caused by gum disease can have widespread effects. Gum disease (also known as periodontal disease) is caused by an accumulation of bacteria in the mouth, which causes the gums to pull away from the teeth and become inflamed and tender. According to a terrifyingly-written press release, “The inflammation sets off a cascade of tissue-destructive events that can pass into the circulation.” YIKES. Gum disease is also known to contribute to respiratory and kidney disease, type 2 diabetes, and heart disease, as well as serious problems during pregnancy. Luckily, periodontal disease is fairly easy to prevent: Just brush and floss regularly.

Research has found that being over- or under-weight can negatively affect women’s ability to conceive. Obesity can disrupt normal hormone production and mess with ovulation. A 2009 study also found that women who were overweight at the age of 18 had an increased risk of polycystic ovary syndrome (PCOS), which can cause infertility. Similarly, women with very low BMIs can also have trouble conceiving, as being underweight can interfere with menstruation and ovulation.

“Maintaining a healthy body weight—one that falls in the normal BMI range and that is reached through a healthy diet and moderate exercise—is one of the most important things a woman can do to increase her chances of getting pregnant,” Dr. Francisco Arredondo, reproductive endocrinologist and fertility specialist, told Health. It’s important to note that “healthy” weight doesn’t refer to some kind of culturally approved aesthetic standard. A healthy weight is the weight at which your body is best able to perform the functions necessary to conceive and carry a child.

Regular exercise is, in general, an important factor of maintaining good health, and it can do a lot to promote a healthy reproductive system. But it’s possible to overdo it; extreme levels of exercise can actually make it harder to get pregnant. Sami David, a reproductive endocrinologist and coauthor of Making Babies: A Proven 3-Month Program for Maximum Fertility, explained to Fitness,

Intense exercise lowers progesterone and throws off your hormone levels. Endorphins can suppress your FSH and LH, the hormones in your pituitary gland responsible for producing eggs, and the ovarian hormones estradiol and progesterone, making it harder for you to get pregnant or more likely to miscarry without knowing it.

Exercise is a good thing, but women who are trying to get pregnant should limit themselves to no more than an hour of robust exercise each day.

When they go untreated, chlamydia and gonorrhea can lead to pelvic inflammatory disease (PID), a serious disorder that’s responsible for infertility in more than 100 thousand women every year. The CDC says that PID “may cause permanent damage to the fallopian tubes, uterus, and surrounding tissues” — put simply, PID is bad news.

The tricky thing is that many women who get chlamydia and gonorrhea don’t experience symptoms (or, if they do, the symptoms are so mild that they don’t recognize them as symptoms). PID also often occurs without symptoms — but it can still do a lot of permanent damage. So, even if you aren’t experiencing any unusual symptoms, it’s important to get tested for STIs regularly if you’re sexually active; by doing so, you’ll protect yourself, your partners, and your fertility.

We already know that drinking while pregnant is a bad idea, potentially leading to a very serious set of conditions known as fetal alcohol spectrum disorders (FASDs), but drinking to excess while trying to get pregnant can also damage your likelihood of getting pregnant. Research has shown that drinking alcohol can make it harder for women to conceive. The BBC reports that heavy drinking can also affect “sperm quality” in men.

A number of studies have found that lubricants can reduce sperm motility, meaning that, although lube might make sex more comfortable and fun, it might also make it harder for sperm to move, which is obviously not what you want if you want to get pregnant. As RH Reality reports, there is still some disagreement on how, exactly, lubricants affect sperm. Although numerous studies have shown that lube is bad for sperm motility, one study published in 2012 suggests that, in practice, lube doesn’t affect women’s ability to conceive. If you’d rather not risk it with a standard lubricant, you can find brands made especially for couples that are trying to conceive.

A Belgian study released in 2015 found that good old sunshine can have a major positive effect on women’s fertility. Researchers studied the weather women experienced in the month before they tried to conceive. Their chances of conceiving increased from 14 to 19 percent — a difference of more than a third — when they had had sunny weather. The scientists theorized that this improvement might be due to the sunshine increasing melatonin (which we already know is good for reproduction), as well as Vitamin D, which they believe contributes to the development of healthier eggs. The study focused on women undergoing IVF treatments, but the researchers believe that women trying to conceive without artificial intervention would experience the same effects.

More like this
How To Fight For Reproductive Rights, Based On How Much Time You Have
By Courtney Young
So You're Having A Medication Abortion
By Dana Smith
16 Novels That Paint A Realistic Portrait Of Abortion
By K.W. Colyard
6 Abortion Advocates To Follow On TikTok
By Sara Youngblood Gregory
Get Even More From Bustle — Sign Up For The Newsletter