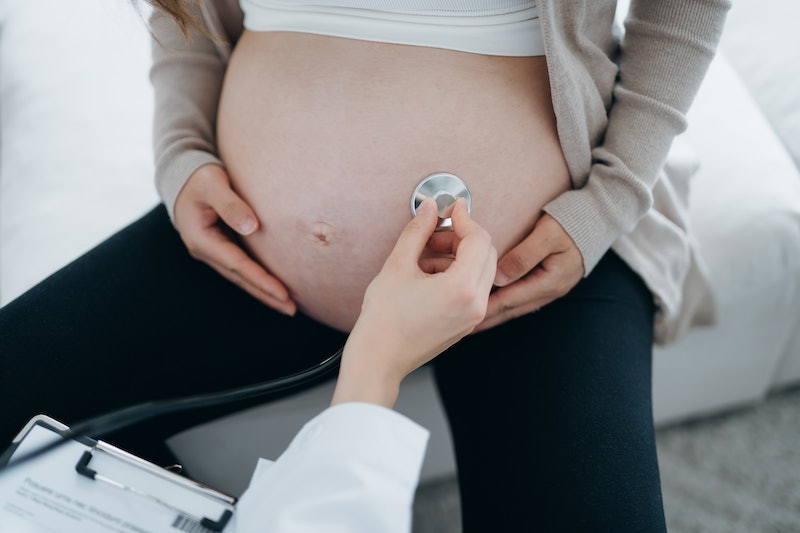 As a woman in my early 30s who probably wants to have kids eventually but not at this particular moment, the word “fertility” makes my ears fill with an overwhelming buzzing sound, as if thousands of locusts were swarming around my head, bringing with them sweaty palms, shortness of breath, and an intense feeling of existential dread.

OK, maybe that’s a (slight) exaggeration. But it’s a complicated issue, right? Many women spend much of their 20s doing their darndest not to get pregnant, and then suddenly people start asking them about when they’re going to start a family and using horrifying phrases like “biological clock” and “You’re not getting any younger” (shudder). It’s not uncommon to find yourself worrying, “Am I even fertile?!” long before you actually want to try for a baby.

But as much as the very mention of fertility makes some people (read: me) want to run away and hide in a dark room, being ignorant about our own bodies is never the right answer. Whether you’re hoping for a baby, passionately trying to avoid one, or stuck somewhere in the middle, there are things all women should know about fertility, including how it works and what affects it.

Keep reading for a run-down of the basics:

What’s actually going on during conception?

Yes, this is basic, but it’s natural to be confused about what exactly is supposed to happen during that whole “conceiving a baby” thing (especially if you’ve been focusing your efforts on not having one). So here’s the story: Every month, an egg matures in one of your ovaries. When it’s ready, the ovary releases it, and the egg makes its way into the Fallopian tube, where it stays for about 24 hours, awaiting fertilization by a sperm. If the egg is fertilized, it eventually travels to the uterus, where it implants on the uterus lining. If it’s not fertilized, the egg travels to the uterus and disintegrates.

When are you fertile? And for how long?

As the description above suggests, the window for conception is actually quite small: To get pregnant, you have to have a sperm fertilize your egg after it has been released from the ovary into the Fallopian tube; there, the egg will only survive for 24 hours. Sperm can survive inside the female body for up to five days, so the “pregnancy window” lasts for about six days: the five days leading up to ovulation and the day of ovulation itself. After an unfertilized egg makes its way into the uterus and breaks down, pregnancy won’t be a possibility again until the following month, when the ovaries will release another egg. That’s why women who are trying to get pregnant often try to track their menstrual cycles, so that they can make sure to have sex during the days leading up to ovulation.

How do you know when you are ovulating?

Typically, ovulation occurs about 14 days before your period, so a woman who as a very regular 28-day cycle can expect to ovulate on day 14. But, of course, lots of people don’t have very regular 28-day cycles, so, in order to figure out when they’re ovulating, they need to track how far apart their periods are. For example, if a woman starts her period every 32 days, then ovulation will occur on day 18 of her cycle, meaning that she will be fertile from days 13 through 18. Women can also use ovulation predictor kits and basal body temperature measurements to help them track ovulation.

What lifestyle choices can protect or harm fertility?

Fertility can be affected by a lot of health issues that are out of our control (like PCOS or endometriosis, mentioned above), but there are things women can do to try to maximize their chances of ovulating regularly.

How long does it usually take to get pregnant?

Dudes can be infertile, too.

Fertility isn’t only a woman’s issue. Male partners cause or contribute to roughly 40 percent of cases of infertility.

How does aging affect fertility?

First things first, that old adage that it’s almost impossible for a woman over 35 to get pregnant is FALSE. That old wives tale was based on a French census conducted between 1670 and 1830 (yes, really), so if you’re approaching your mid-30s, don’t panic. That said, fertility does decline in women’s mid-30s — just not at the catastrophic rate that some people think it does. In a 2013 article for The Atlantic, Jean Twenge wrote, “Fertility does decrease with age, but the decline is not steep enough to keep the vast majority of women in their late 30s from having a child.” She cited a study conducted among nearly 3,000 Danish women by Boston University, which found that 78 percent of them between the ages of 35 and 40 were able to conceive within a year of actively trying, while younger women had only slightly higher rates of only 84 percent.

The official word from the American Congress of Obstetricians and Gynecologists is this: “The fecundity of women decreases gradually but significantly beginning approximately at age 32 years and decreases more rapidly after age 37 years.” That doesn’t mean that women over the age of 32 or 35 or older can’t get pregnant. It does mean that women who are over 35 and are trying unsuccessfully to conceive should be more aggressive about seeing a fertility specialist than younger women; while women in their 20s and early 30s should try for a year before consulting a specialist, women over 35 should head into the doctor’s after six months.

How do you know if you’re fertile?

Because there are a variety of factors that can affect fertility, there are a lot of different tests that your doctor can conduct in order to assess whether you’re fertile and where the problem lies if you are not. These exams may range from surveys about your lifestyle to hormonal testing to ultrasound testing to x-rays of your uterus. There is also a screening available that checks for premature ovarian aging (POA), a condition in which women lose eggs more quickly than is typical for women their age.

What are your options if you have fertility troubles?

The treatment options for infertility are wide ranging and depend on what, specifically, is causing your inability to conceive. Medical approaches include using drugs to stimulate ovulation, surgery in some cases, and intrauterine insemination (in which sperm is collected and placed in the uterus). Some people use in vitro fertilization (IVF), in which eggs and sperm are harvested, fertilized in a lab, and then implanted in the uterus.

Egg freezing has been much in the news in the last year or so. The process, in which a woman’s healthy eggs are removed and preserved for later use, is controversial, with some arguing that the procedure’s success rate of 24 percent is too small to justify its high cost (an average of $10,000 to freeze the eggs and another $10,000 to thaw and use them, not to mention storage expenses). That said, egg freezing has produced at least 5,000 babies so far, and it’s certainly something to at least consider as you look ahead to the future.