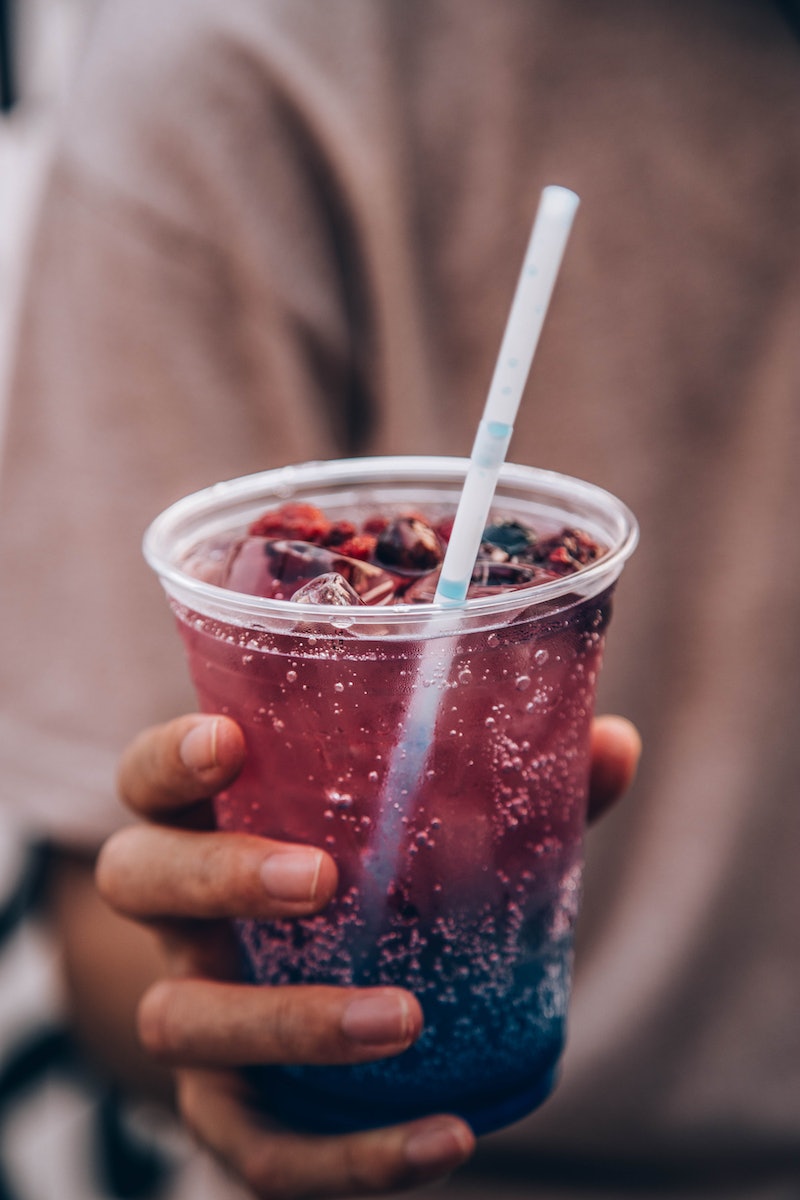 Alcoholism isn't a sexy topic. In fact, when we talk about alcohol consumption these days, we tend to tread on the lighter side and steer clear of serious talk of alcohol abuse. In movies and on TV, we see people drinking alcohol and partying regularly in a normalized way — when, in reality, the characters are often dangerously flirting with alcoholism.

Alcohol dependency affects a lot more people than you might think. Over 30 percent of Americans have either abused alcohol or suffered from alcoholism at some point in their adult lives. One of the reasons this disease is so hard to diagnose is because there are many different shades of it — and even more gray areas. You could be a high-functioning alcoholic, a social binge drinker, or someone whose drinking practices are directly tied to your mental illness. You might also be very good at hiding your addiction, even to yourself.

Whatever the case may be, there are always excuses you make up to stop yourself from seeing the truth behind your patterns. Facing alcoholism is not an easy feat, which is why they say the first step — admittance — is the hardest one. Even if you think none of this applies to you, read on. You might be surprised at how many of these ring true for you or for someone you're close with. At the end, if you feel those strong tugs of familiarity, don't hesitate to ask someone to help you. There are always ways to get yourself back on track, regardless of where you've been.

Here are 11 signs that you may be an alcoholic, and that it's time to reach out for help.

1. It's Nearly Impossible For You To Have Only 1 Or 2 Drinks

You may tell yourself and your friends that you're only going to be at the bar for a couple glasses of wine. Next thing you know, it's 4 a.m. and you have no idea how you even got yourself home onto the couch. If this sounds pretty typical, you're facing the most common sign of alcoholism.

People who wrestle with addiction find it easy to lose track of how many cocktails they've had, and having just one is never really an option for them. If you're truly an alcoholic, the consequences of drinking too much don't carry the same weight as they did before, so it's easy to simply keep the momentum going without any serious thought behind the matter.

2. You Can't Get Through A Social Event Without Drinking

It's typical for an alcoholic's social life to be driven primarily by booze. They tend to start tossing back the cocktails before they even get to the party, and that continues well into the night, maybe even after the event has come to an end.

This can be a hard one to come to terms with. It's all too easy to tell yourself, "What would a birthday party be like without alcohol? This is how normal people live their lives!" Although many social events do involve sharing a few drinks, not all of them do. Think about the last time you got together with people and you were sober. If you're having trouble conjuring up that memory, it might be time to get help. It could mean that you're also using your social life as an excuse to toss back large amounts of alcohol.

3. You Drink Almost Every Day, Even If There's No Occasion For It

The frequency with which you drink, and the context in which you do it, says a lot about your relationship with booze, and whether it's unhealthy. It's not necessarily normal to drink every single day, even if it is just wine or a few beers. It's even less normal to come up with an elaborate excuse to polish off a six-pack of beer every afternoon.

Here are some numbers from Healthline to give you a concrete idea of how much alcohol is too much: more than five drinks a day, and/or more than twelve drinks a week. If you're over these numbers, or even sitting dangerously close to them, talk to someone you can trust.

Don't get me wrong — there's nothing wrong with enjoying a much-earned glass of wine at home, on your own, after a long day of work. But there's a stark difference between the occasional nightcap and buying a whole bottle of liquor solely for yourself. Treatment programs usually say that people who exclusively drink alcohol alone are self-medicating some other issues in their lives that they have trouble facing.

5. You Hide How Much You Drink From Other People

If you're struggling with drinking, you might very well be hiding your habits from other people. Those who are embarrassed for others to see how much they drink and how often are hiding their habits for good reason — from the outside, it's clear that they're wrestling with addiction. That's part of why you might often drink alone, or lie about how much you're consuming.

6. Blacking Out Is A Normal Occurrence For You

Blackouts themselves shouldn't be immediately linked to alcoholism, according to a study at Duke University in 2002, which showed that many college students and young adults experience periods of memory loss due to excessive partying that don't necessarily equal alcoholism. However, experts and recovering alcoholics alike urge you to reconsider the correlation if you are blacking out all the time, since it suggests you're struggling with moderation and decision-making.

WebMD notes that it's normal for your body's digestion to get all weird from lots of booze. You may lose your overall appetite and thus feel less hungry on a daily basis. Having an upset stomach has been directly linked to drinking alcohol too, so if you're consuming far too much of it, you will probably notice that your digestion is unhappy more often than not. You may even develop gastritis, an irritation or inflammation of the stomach lining, as a result of those daily cocktails.

Your physical appearance can reveal a lot about your drinking habits. The National Rosacea Society says too much alcohol results in rosacea, ruining the person's skin over time and giving them a reddened complexion. It could also lead to a bloated face, broken capillaries, and dry-looking skin. After all, alcohol does dehydrate you.

9. Your Weight Has Fluctuated Dramatically

Additionally, visible changes in weight are signs of alcoholism. In many cases, the individual will lose weight due to the hyper-focus on drinking, and the little attention given to nourishing the body with real food. However, there are some cases in which the person gains weight because alcohol is packed with extra calories and slows the down the metabolism.

10. Relationships In Your Life Have Suffered Because Of Your Drinking

Longtime sober journalist Beth Leipholtz wrote about her experiences as an alcoholic for the Huffington Post. She said she found herself "doing damage control more often than not," and that many relationships were wrecked due to her addiction. It's a big red flag if your friendships or new romances are consistently ruined or at least severely stained by your drunken state.

Leipholtz urges readers to contemplate how often their loved ones are negatively affected by their alcohol use. The more often there's drama in your life and someone else is hurt, the more likely you are harboring an addiction that needs some treatment.

11. Your Friends & Family Are Worried About You

Those who have known us for years sometimes know us better than we know ourselves. You might initially think that their comments on your drinking just come from a paranoid or judgmental place, but you may want to consider what they say if those remarks pour in continuously.

Dr. Keith Humphreys, who works at the Stanford University Center of Health Care Evaluation, told Prevention that if you're afraid to ask your friends and family whether they think you have a problem, that's a surefire sign that you're facing addiction. It may be a tough conversation, but find someone in your life you trust the most, and talk with them about your habits.

If you can't quite bring yourself to embark on that chat yet, that's OK. Reach out to someone you don't have personal ties to, such as a doctor or therapist; they can connect you with a treatment program that suits you. No matter what, keep in mind that there are always people out there who are willing to give you a hand. You never have to figure it all out alone.

More like this
Dyson Is Dropping Futuristic, Air-Purifying Headphones
By Rachel Lapidos
These 4 Zodiac Signs Will Breeze Through December's Full Cold Moon
By Brittany Beringer
Celine Dion Reveals She’s Been Diagnosed With Stiff Person Syndrome
By Jake Viswanath
9 Balance Training Exercises That'll Improve Your Mind-Body Connection
By Carolyn Steber
Get Even More From Bustle — Sign Up For The Newsletter