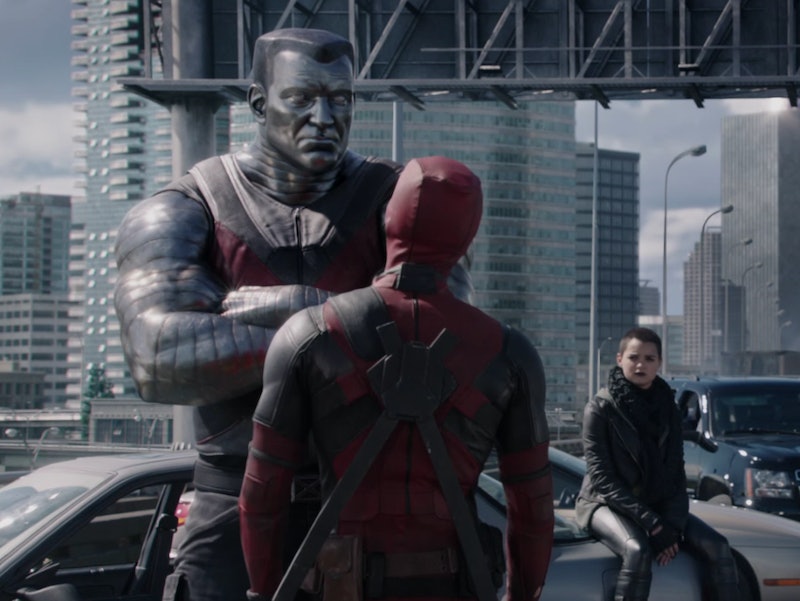 We all know what to expect from Deadpool: Ryan Reynolds as the foul-mouthed, reluctant superhero, running around cracking jokes while taking out the bad guys. What fans weren't anticipating is the overwhelming presence of Colossus, a little-seen X-Men who is a supporting character in the film. While it was expected that some X-Men might appear in Deadpool as a way to relate the film to the greater X-Men franchise, fans might be surprised to see just how big a role Colossus plays in the new movie. Instead of popping up for an X-Men cameo, Colossus plays heavily in Deadpool as one of our hero's only allies against Ajax, the film's villain. So, just who is Colossus?

In Deadpool, Colossus never appears in human form, choosing instead to stay in his mutant skin, and it's not hard to see why. At 7-and-a-half-feet tall, Colossus is impressive, to say the least. Able to turn his entire body into some kind of indestructible metal, Colossus is not a guy you want to mess with. In his metallic form, Colossus is not only impervious, he also has super strength and stamina. He also trained with the X-Men under the watchful eye of Professor X, so he's well-versed in combat and, generally, an all around good guy.

In the comics, Colossus is known as being a big guy with a heart of gold. Unlike those X-Men who crave violence and revenge, Colossus is a big softie who hates violence. Born Piotr Rasputin in Soviet Russia, Colossus grew up on a farm and didn't discover his mutant powers until he was a teenager. Given his peaceful nature and allegiance to the X-Men, it's no surprise that he and Deadpool don't see eye to eye. In early trailers, Deadpool and Colossus spend more time bickering than fighting crime. But, they do a fair amount of that, too.

Fans of the previous X-Men films might recognize Colossus from his short appearances in X2: X-Men United, X-Men: The Last Stand and X-Men: Days of Future Past.In all three films, Colossus appeared in a handful of scenes, played by actor Daniel Cudmore. After learning that he would be performing entirely via motion capture, and that his voice wouldn't even be used to bring the character to life, Cudmore explained on Twitter that he "graciously passed" on the role.

In Deadpool, the part was performed entirely via motion capture, both by stuntmen and Serbian actor Stefan Kapicic, who voiced the character. Kapicic, at 6'4", wasn't quite tall enough to wear the motion capture suit during filming, though he did get a taste of the process. Most of Kapicic's work bringing Colossus to life, however, occurred in the sound booth. In an interview with EW, Kapicic revealed that Deadpool director Tim Miller wanted to make sure Colossus' accent was authentic. "My character's voice gives him the past history as Piotr Rasputin once you hear him speak. This made him the most authentic to the original idea of the comic book character," Kapicic told EW.

If Deadpool does well, maybe fans will get to see Colossus again in a film of his own.