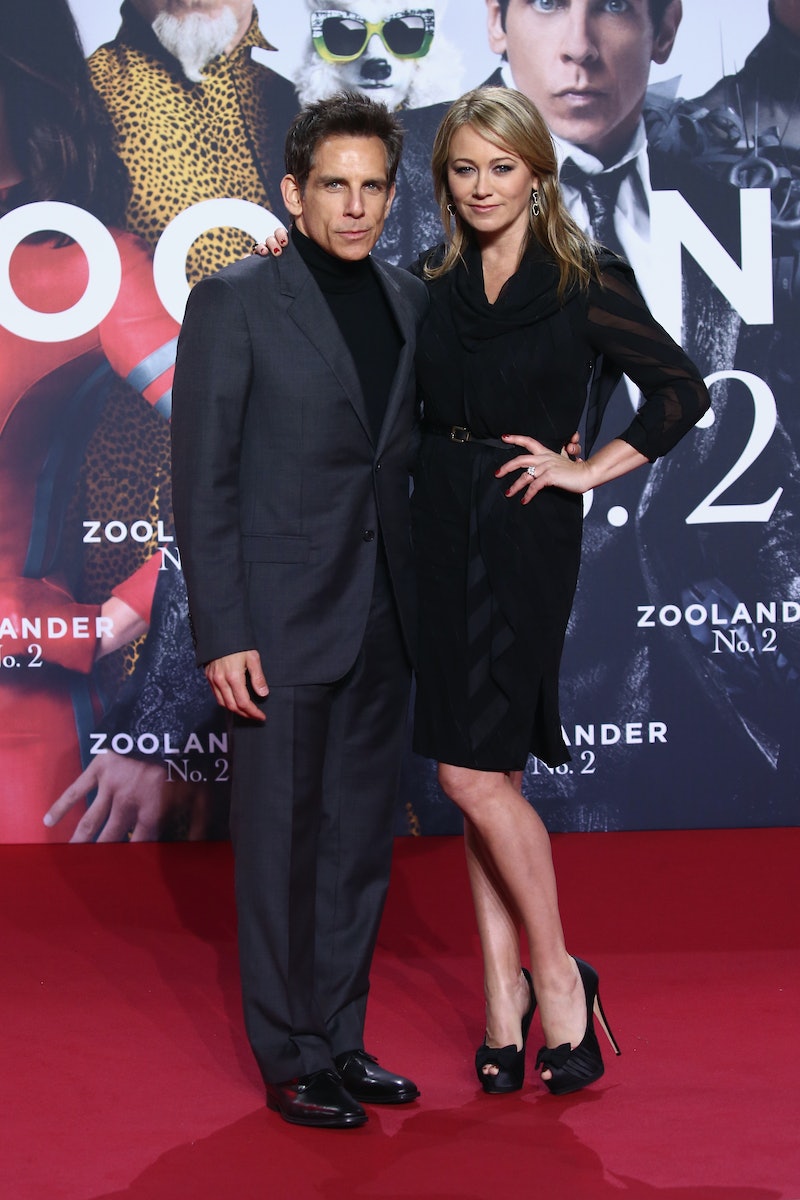 It's hard to believe that it's been 15 years since the world was introduced to orange mocha frappuccinos, freak gasoline fight accidents, and Hansel being so hot right now, but it's true. Now, Zoolander 2 is about to be unleashed in the world, and a lot of what was great about the original movie is coming back. Ben Stiller and Owen Wilson are returning as dopey male models Derek Zoolander and Hansel, Will Ferrell is back as designer/criminal mastermind Mugatu, and the new film is brimming with even more celebrity cameos (hey, Justin Bieber, Kim Kardashian, and... Macaulay Culkin?) than the original. But what about Zoolander's other half from the original film? Is Christine Taylor's character in Zoolander 2 ?

Yes, Christine Taylor, who is Ben Stiller's wife in real life, is reprising her role of reporter Matilda Jeffries in Zoolander 2. If you recall at the end of Zoolander, Matilda and Derek were a couple, and they had an infant son named Derek Jr. who was showing off his Blue Steel look at the Derek Zoolander Center For Kids Who Can't Read Good and Who Wanna Learn to Do Other Stuff Good, Too. In the new film, Derek Jr. is all grown up (well, he's 15) and appears in the trailer, but so far Matilda has been absent from all marketing for the movie. So, Earth to Matilda, what will this character even be doing in the film?

Matilda's role is being kept a mystery on purpose, suggesting that whatever she's doing in the film will be quite shocking. A lot about Zoolander 2 has been pretty mysterious, but more and more details have been revealed about the film as the release date has grown closer. Not so with Matilda. Whatever the movie has in store for the character, Stiller and company are keeping it a surprise until the movie debuts. Taylor basically said as much to EW back when she first signed on for the film last year:

"I can tell you that I’m involved, but that’s all I can say. I can tell you it’s happening, but I can’t tell you where Matilda’s at and where their relationship is at. It’s all top secret!"

But there have been some clues as to what's going on with Matilda. In a recently released clip, fans learn that Derek Jr. has gone missing, and Derek and Hansel are trying to find him. Unfortunately, the clip doesn't mention Matilda at all, which is somewhat odd since she is the kid's mother. Derek is also seen flirting pretty heavily with Penelope Cruz's character in the trailers, suggesting that he's single. Finally, it's also been revealed that an accident taking place shortly after the end of the original film has caused both Derek and Hansel to go into separate seclusion for the past 15 years. Do these three things add up to suggest that Matilda is actually dead, and her involvement is limited to a cameo appearance? Another victim of a freak gasoline fight accident perhaps?

I have no idea, but it's possible. Basically, the only way you could know what Christine Taylor's Matilda is up to in Zoolander 2 is if you're bulimic, and by that I mean you can read minds. Other than that, you'll just have to wait until the movie's release on February 12.

More like this
Revisit 1992’s 'A League Of Their Own Cast' Photos After The New TV Series
By Grace Wehniainen
At 28, Lesley Manville Was Acting, Picketing, & Singing Kate Bush Songs
By Olivia-Anne Cleary
Twitter Is At Odds Over Taylor Swift’s Possible ‘All Too Well’ Oscar Run
By Brad Witter
17 Years Ago, 'Hannah Montana' Reportedly Almost Cast This 'Gossip Girl' Star
By Grace Wehniainen
Get Even More From Bustle — Sign Up For The Newsletter