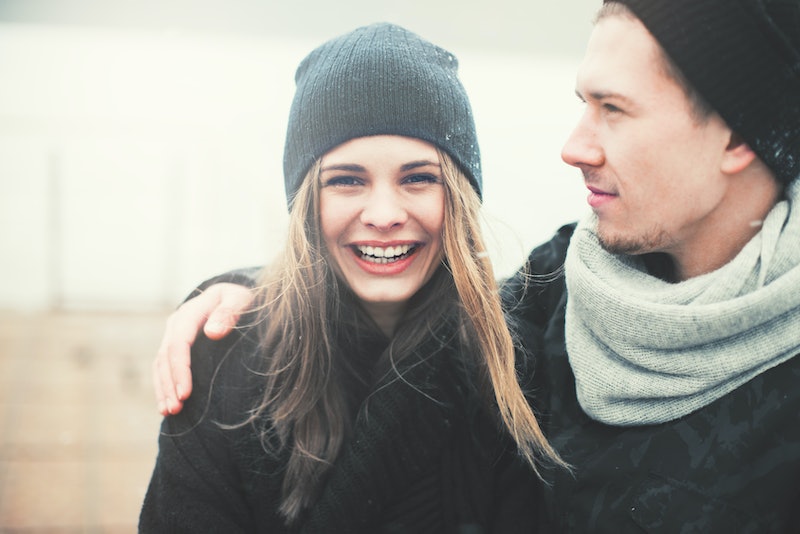 Still not sure how you’re going to impress your partner this Valentine’s Day? Well, here’s a suggestion: Learn another language... and have that language be French. According to a new survey by One Hour Translation, the majority of people think French is the most romantic language of all. If this is the case, then you definitely want to be able to coo in your partner’s ear, “Nous sommes faits l’un pour l’autre, mon amour.” Sounds way better than, “We’re meant for each other, my love,” doesn’t it?

One Hour Translation, the largest online translation agency, surveyed 1,000 people in 10 different developed countries to see what language was mostly associated with romance. It was, to no one’s surprise French, because “Ooh la, la! Voulez-vous coucher avec moi ce soir?” In other words, the French are pretty much the most romantic, so much so that co-founder and chief marketing officer of One Hour Translation suggests that marketers incorporate French phrases into their Valentine’s Day cards and products, if they want to reap some major cash.

We already know that French things sell, from articles about how to dress and eat (read: live) like a French woman, French beauty practices, to our obsession with the culture in general. But, honestly, France isn’t the only country that knows how to do romance, nor is it home to the only romantic language. Here are five other languages that are just as sexy... at least to some people.

According to the survey, very few people care for the Portuguese language. Of the respondents in the 10 countries, only two percent called it the most romantic and here in the States, Portuguese only got two percent of the votes as well.

Russia is another country that isn’t winning too many points. While three percent of the respondents in the 10 countries found it a language full of romance and love, only one percent of Americans felt that way. Germany, too, only has three percent of fans. Maybe it’s because of the dark past of both these countries that we can’t help but shake the association of their tyrannical leaders, or that in not being Latin-based languages they just sound a bit harsh.

Coming in at fourth place, with nine percent of people finding it to be the most romantic, is English. Also, in a rather bizarre finding, 13 percent of Americans think that English is the most romantic language. Why? I don’t know. Personally, I find it a wee bit boring. I mean, just look at that sentence right there… there’s no beauty in that!

Spanish is the first of the Latin-based languages to make its appearance on this list. According to the survey, 11 percent of those interviewed found that Spanish is definitely the most romantic sounding language. As far as how Americans feel about Spanish, 13 percent rank it at number one on the romantic chart.

Let’s be honest, Italians did give us the most romantic word of all ― pizza ― so it makes sense that it would be so high up on the romantic language list.

And coming in at the number one spot? French. But you already knew that.