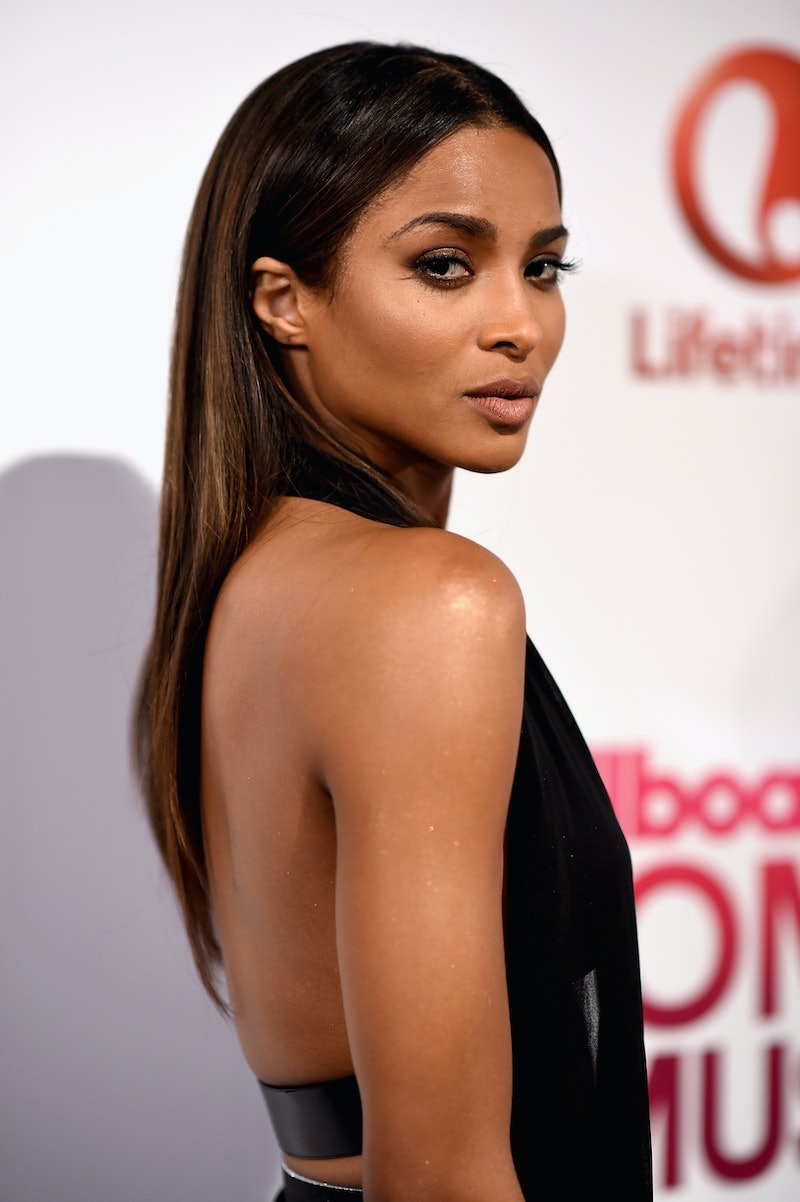 It has been almost two years since Ciara and Future decided to call it quits and end their engagement, but now, the 30-year-old singer is speaking up about how her ex is talking about her. According to paperwork obtained by TMZ, Ciara is suing Future for slander and libel after he attacked her parenting skills and publicly bashed her in a radio interview for her relationship with boyfriend Russell Wilson. Between the comments he's made in interviews and the way he talked about her on Twitter during their custody battle, it sounds like Ciara has had enough — and that she believes he's made their private relationship public in order to drum up interest in his music.

TMZ reports that Ciara alleges in the suit that she's been very compliant with allowing Future to spend time with their son, baby Future, who is almost two years old, despite the fact that he's been making these comments. If she wins, Ciara's looking for $15 million in damages, plus she wants Future to stop talking about her publicly and delete the tweets he's posted about her. It's hard to blame her for wanting to keep their private matters between the two of them, especially ones that involve their baby.

Unfortunately, not all of Future's fans feel the same way. When the news broke, an overwhelming amount of tweets about the situation said that Ciara is just money hungry and trying to capitalize on Future's success, and multiple Twitter users called her "petty" for filing the lawsuit in the first place. Of course, no one can really know what goes on behind closed doors except for Ciara and Future, but what has gone public are Future's Twitter rants about her, and most people would probably feel attacked by an ex calling them out about what kind of mother they are and the decisions that have been made about custody of their child.

And although the general opinion on Ciara doing this is negative, I think it's an awesome thing that she has decided to stand up for herself this way. Right now, baby Future is too young to understand what's going on between his parents, but if it doesn't stop now, it could damage his relationship with one or both of them down the road. Besides, no one deserves to be slammed publicly, whether or not they're a celebrity — and there's nothing petty about defending yourself. For Ciara to be the best mom she can to this baby, she has to take care of herself, and speaking up about the way she's been treated is part of that.

Regardless of what happens in this case, it's obvious that their baby has two parents who love him and want to spend as much time as possible with him, and that's definitely not a bad thing.