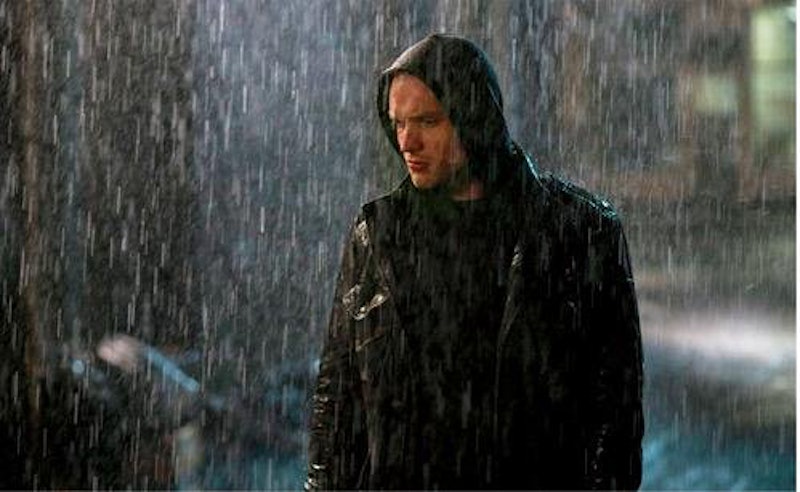 A new type of hero has arrived at the movies in Deadpool , and with it, a new villain as well. Now, Deadpool, the "hero" of the film, is pretty much indestructible. His superpower is that of an accelerated healing factor (think Wolverine) that makes him almost impossible to kill, as his body will continually repair itself no matter what. So how could you possibly have anyone fight him and have it be a fair fight? That's where the film's villain comes in. Deadpool battles a bad guy named Ajax in the film, and he ends up being quite the match for the Merc with a Mouth. But who is Ajax, the Deadpool villain?

In the movie, Ajax is portrayed by actor Ed Skrein of The Transporter: Refueled and (briefly) Game of Thrones fame. He is a part of the shady organization that gives Deadpool his powers, and plays a major role in that process. But he also has some powers of his own. It's implied that he has super strength, but his main claim to fame is that all of his nerve endings have been dulled so it's impossible for him to feel pain. This essentially makes him the perfect foil to Deadpool and his healing ability, allowing him to last way longer in a fight against the red-suited assassin than practically anyone else. But since this is a comic book movie, Ajax also has a history in the pages of Marvel Comics.

The comic version it turns out is pretty similar to his movie counterpart. The Ajax of the comics, real name "Francis", was also employed by the agency, known as Weapon X in that universe, who experiments on Deadpool. And just like in the movie, he himself was a subject to their experiments and came away with no nerves and enhanced strength. In addition, he also has super speed and agility, and he looks quite a bit different, wearing a cybernetic suit that further enhances his abilities.

The comic book version of Ajax was also responsible for helping create Deadpool's fractured psyche. While Deadpool was still with Weapon X, Ajax convinced him to kill another patient who was a friend of Deadpool's. This was against the rules, so for punishment, Ajax removed Deadpool's heart. The anti-hero was able to grow another one, but he became crazy as a result. Deadpool then killed Ajax, only to see him return years later to start killing off other Weapon X patients in an attempt to get to Deadpool. The two fought again, and Deadpool killed him... again... but since these are the comics, don't be shocked if Ajax rises again.

With his inability to feel pain, Ajax is pretty much the perfect villain for the man who heals everything. He'll be tough to top as far as antagonists go in a potential Deadpool sequel... that is, unless Cable gets involved.