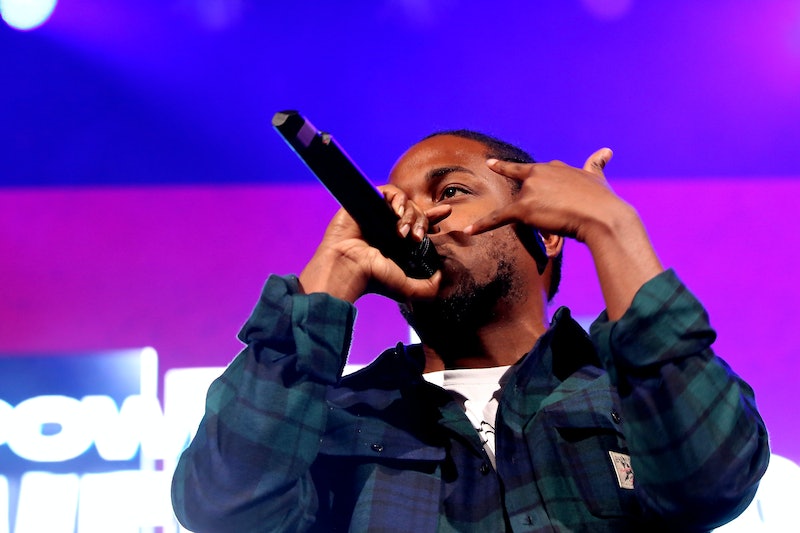 Kendrick Lamar is nominated for a crazy amount of Grammys for 2016. Scratch that: it's not crazy, because he deserves the all 11 nominations that he earned for his album To Pimp A Butterfly. K Dot is the second artist to receive the most nominations for a single album, second only to Michael Jackson's Thriller in 1984 (which earned 12 nominations and won eight golden gramophones). But how many Grammys has Kendrick Lamar won? Unfortunately and surprisingly, only two.

Including the 11 nominations Lamar received this year for the 58th Annual Grammy Awards, he's been nominated a total of 20 Grammys: seven in 2014, two in 2015, and 11 this year. In 2015, Lamar won both of the awards that he was nominated for: Best Rap Performance and Best Rap Song, both for his single "i" that later appeared on To Pimp A Butterfly. Excluding the 11 nominations this year, it's still suspicious and disappointing that Kendrick has only won two Grammys in sum, and none were for his first full-length album good kid, m.a.a.d. city.

Kendrick has become a sort of poster child for the Unbelievable Grammy Snub. Not only is he now a record holder for most nominations in one night, but he also holds the record for "Most nominations in one night without winning," a very sad record to hold indeed. In 2014, he was somehow shut out by Macklemore and Ryan Lewis, who won for Best New Artist, Best Rap Performance, and Best Rap Song. It was the snub that launched a thousand necessary critiques of the music industry at large rewarding white artists for essentially appropriating black art (this discussion has also famously cropped up several times around Iggy Azalea).

Even Macklemore sort of thought it was a mistake, texting Lamar an apology (and Instagramming it, which undercut the whole thing). Lamar responded gracefully, though, saying of Macklemore's wins: "It was deserved."

In the most recent issue of Billboard, Lamar said of his 11 nominations: "I want to win them all." He went on to say he wasn't upset that he lost to Macklemore (which makes one of us), because he didn't think good kid, m.a.a.d. city was his best work:

That's putting it gently: Lamar's song "Alright" was adopted, and chanted, by Black Lives Matter protesters in Cleveland, and the stunning music video was a damning political statement about police brutality. In an ideal world, Kendrick will get his due and win all eleven of this golden gramophones, but this is not the ideal world. Let's just hope Lamar is not robbed of the recognition he deserves this year, and goes home with at least half of those statues, even though he does deserve to win them all. The man needs to quadruple his collection; the fact that he only has two Grammys is quite the opposite of alright.