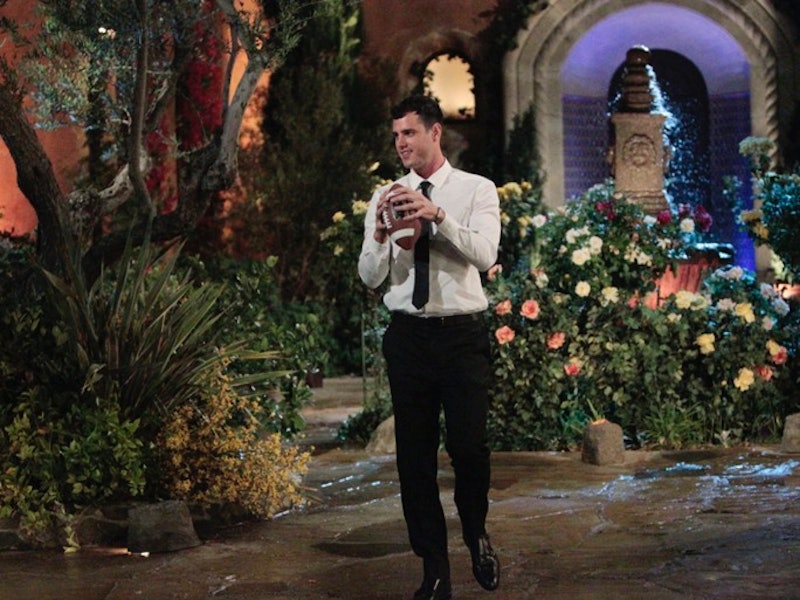 Brace yourselves: The Bachelor finale is on its way, and after Monday night’s big teaser of how the rest of The Bachelor Season 20 is going to pan out, I’m guessing it’s going to be a doozy. And if you’re anything like me, this means you’ve probably already rallying the troops, sending out the invites, and planning the entire menu for the party you are going to throw on the night of the season finale. I mean, let's be real: There is nothing better than watching a man get down on one knee during a reality show with a bunch of your closest friends. But, when is The Bachelor finale? The date would be helpful in planning this annual shindig, right? Well, the countdown to Ben Higgins’ potential proposal is on, and the finale will be here sooner rather than later.

Unfortunately for us, ABC has not officially confirmed when the season finale will be. (Believe me, I scoured the Internet for TV listings.) But, a number of sources, particularly The Inquisitr, are reporting that the finale will be on March 14 — and, from what I have gathered, that actually sounds about right.

On average, each season of The Bachelor runs for about two months. Take Chris Soules’ season, for example ‚ aka, the one right before Ben’s season. Season 19 started on Jan. 5 and ran through March 9, when the finale was aired. Considering Ben's season premiered on Jan. 4, this timing would be pretty similar — after all, we do have a leap year to contend with this time around, so the fact that The Inquisitr's reported airdate is a week later than Soules’ season's was could have something to do with that.

Either way, I’d say it’s pretty safe to start banking on mid-March as the time period for when the finale will air. Especially considering what episodes we still have to get through before we get to the finale: Ben’s hometown, hometown dates, overnight dates, Women Tell All, and the season finale. That’s five weeks worth of episodes to get through, which brings us right up to — you guessed it — March 14!

Start planning the viewing parties now — if the way this season is going is any indication, the finale seems like it'll be perfect to watch in a group setting with your besties.