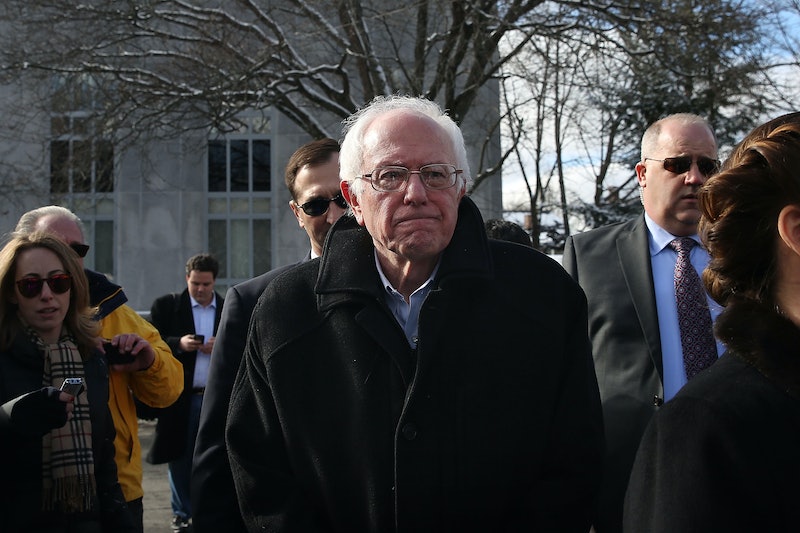 In his New Hampshire victory speech, Bernie Sanders talked about his father, whom he rarely references. Sanders' father, a Polish immigrant, came to the U.S. with little money and speaking little English, and though he wasn't able to give his son a position of privilege, Sanders acknowledged that his parents' sacrifices got him to where he is today. "Neither one of my parents ever could have dreamed that I would be here tonight, standing before you as a candidate for president of the United States."

Eli Sanders didn't have the neat and pretty coming-to-America story that we generally look for as political capital. As Sanders noted, he lived with his father, mother, and brother in a small rent-controlled apartment in Brooklyn. Sanders said that his mother, who died young, dreamed of getting out of the apartment and owning a home, but never lived to see that happen.

Eli, a struggling paint salesman, was never able to carve out the family's slice of the American dream. As Sanders noted, his father came to this country with little money, and never was able to make very much of it. It's easy to see how Sanders adopted his sensitivity to class and the increasing farce of upward mobility.

Eli left Poland in 1921, and most of his family was sent to concentration camps during the Nazi occupation of the country. Despite working hard, Eli was never able to provide anything more than a "solidly lower-middle-class" life. Although he didn't go into great detail, Sanders' reference to his parents tells you a lot about the motivation behind his campaign for president. It takes someone who was truly affected by class issues to lobby for them so ardently. In a way, Sanders' vision for America is largely reflective of what his parents were denied. They were never delivered what the myth of the United States promises us — that if you work hard and honestly, then you'll achieve a comfortable life. Instead, Sanders' father faced adversity, and was never able to rise above the fray.

That tells you a lot about Sanders' campaign. He wants to give the people like his parents — like his father — the chance to be able to thrive in the U.S., regardless of where they come from or how much they had in their bank accounts when they got started.