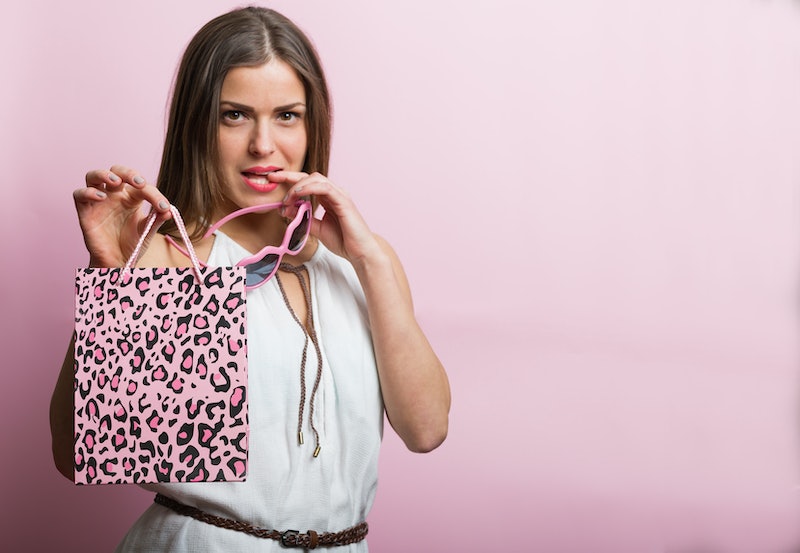 Flexibility is the bottom line behind this new toy. Not only does it claim to be super powerful (I can attest that this is the case) it can also a bit of a chameleon. Like— it bends. So whatever you're in the mood for, whatever you like, the Crescendo will make itself work for you. And I loved that. Even after only using it a few times, it's fun to see how adjustable it is, and how easy it is to move around.

I have to say at first I was bit skeptical, mostly because the video of it was so over-the-top. Check out the video behind the concept:

A little much, right? FREUD! CAVERNS! SEXY VOICE! APPS! But here's the thing— it's actually great. This much more pared own video shows you what you're actually getting:

And it's pretty amazing, right? It stands on it's own. This got me intrigued. And when I tried it out, I wasn't let down. Here's what I found:

Firstly, let's start with the fact this may be the fanciest thing I've ever owned. It comes in a box, in a box. Two boxes. This is like the cadillac of vibrators. If cars came in boxes... (I don't know a lot about cars).

Oh, and the instructions? They're on a fancy black card like they're inviting me a goddamned private show at the Moulin Rouge. And it comes with a black velvet bag to keep it in and it has a wireless charging port. Seriously. It means no more bulk-buying 40 packs of AAA batteries and pretending you just really like TV. Or worse, getting all ready for some private time and realizing the batteries are dead and you need to leave the house. They've thought of everything.

But the really amazing thing was how it moved.

I had seen it in the video, but i was shocked at how easily it bent in real life. And it's range of motion. See it all the way one way and...

...completely the other. It's really easy to do. But also a little overwhelming— just at first— because there are so many position options and then how to, ummm, use the position. There was a lot of ground to cover, so it was time to get down to business.

Basically, it was awesome. Although I laughed at how serious they took all those motors at first, I was not laughing afterward. I love having the option for just clitoral stimulation with the two "ears", as that's one of my favorites, but then still having loads more to play around with. I played around with various vibration patterns but I haven't tried the app yet because honestly there was more than enough to experiment with just as it is. And it's easy to adjust the intensity and switch through vibration patters. I haven't yet found the right angle for it to be curved with one part inside me and the ears on my clit, but I'm still trying. At first I was scared of bending it but you can be pretty rough with moving it around— so really just go for it.

More like this
I'm 42 & I've Never Had Sex. Is It Too Late?
By Sophia Benoit
Here’s How To Deal With Sexual Frustration If You Don’t Want Casual Sex
By Annakeara Stinson and Mackenzie Sylvester
Here’s How To Reignite The Spark In A Sexless Relationship
By Vanessa Marin
Are Gemini & Capricorn Compatible In A Relationship?
By Kristine Fellizar
Get Even More From Bustle — Sign Up For The Newsletter