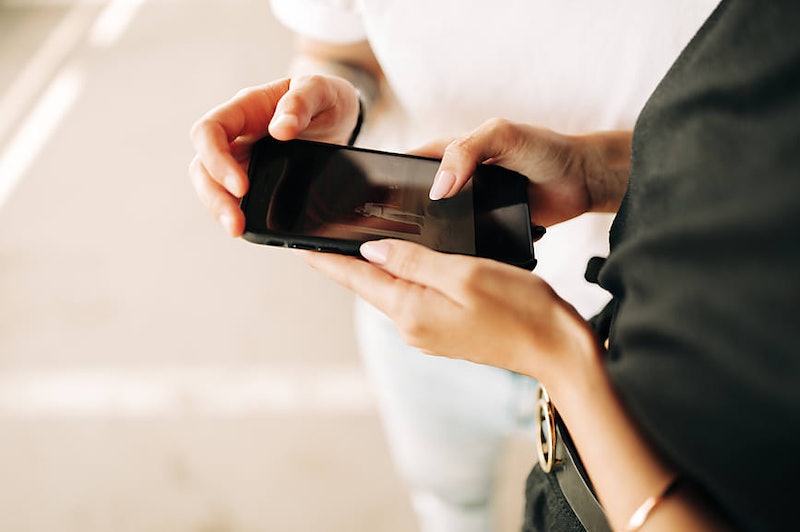 So you've taken the perfect Instagram pic — you stood on a table for an aerial shot of your beautifully symmetrical breakfast, or you snapped a quick selfie (or seven) in an elevator mirror that just so happens to show off your outfit. Choosing the right filter can make or break your photo, but fortunately, discovering the most "liked" Instagram filters is exactly what science is for. Well, that and measuring your dog's IQ. You know, the important stuff.

A filter can be the difference between single-digit likes and feeling like a bona fide Instagram star; indeed, previous research has shown that photos with warm filters get the most comments and likes, with factors like contrast and saturation also having a significant impact on a photo's popularity. Recently, researchers at at Canva analyzed over one million recent Instagram posts to map out the trends filter trends across the world, and the results might surprise you. Although Instagram has a well-deserved reputation for the faux-vintage look, vintage-looking filters like Gingham and Sierra weren't the most popular — in fact, some of the photos that got the most likes didn't use filters at all.

Let's take a look at the most popular filters in the following categories:

In the United States, Clarendon was the most-liked filter across the board, but after that, the results were a mixed bag. Gingham was the second most popular filter in 16 states, and Juno took second place for 14 others, largely in the West, Northeast, and South. Lark was second most popular in eight states.

Juno and Lark were the third most popular filter in 12 states each, followed by Gingham (eight) and Valencia (three).

Here's where things get interesting: When the study's results were broken down into categories, Clarendon didn't make an appearance. In photos tagged with "nature," Valencia got the most attention with an average of 121 likes per post. On the other hand, photos with no filter got almost as much attention, at 91 likes per post on average, which researchers attributed to the #nofilter movement. Brooklyn was the third most popular, with 87 likes on average.

#Fashion photos filtered with Kelvin received 162 likes on average, putting it far ahead of Valencia, which received an average of 118 likes per post. Nashville wasn't far behind, with an average of 116 likes. Researchers point out that all three photos have a slightly retro feel, which may contribute to their popularity.

Surprisingly, selfies with no filter got the most attention, with an average of 78 likes. However, slumber and skyline weren't far behind, at an average of 69 and 67 likes, respectively. Researchers note that both filters increase warmth and contrast — although selfie composition has a significant impact on popularity as well, according to a 2015 study.

The color-intensifying filter Skyline received the most likes when the subject was food, with 91 likes per post on average. Food photos with no filter came in second at 86 likes per post, and warmth-increasing Helena was the third most popular.

Of course, some people couldn't care less about the number of likes their Instagram posts receive, and that's probably for the best. (What's it like having such ironclad self-worth?) But if you're the kind of person who can't help but get a tingle when an Instagram post gets more than a few dozen likes, or if you're just curious to see whether filters are really that influential, use the above information wisely. You can thank science when you're an Instagram model — whatever that means.

More like this
Ashamed Of Your Screen Time Stats? Here's How To Change That
By Alexis Morillo
How To Turn Off TikTok Profile Views So You Can Stalk Other Accounts In Secret
By Alexis Morillo
This Wordle Rival Is Taking Social Media By Storm
By Sam Ramsden
The 3 Zodiac Signs Most Likely To Get Married Later In Life
By Kristine Fellizar
Get Even More From Bustle — Sign Up For The Newsletter
From hair trends to relationship advice, our daily newsletter has everything you need to sound like a person who’s on TikTok, even if you aren’t.