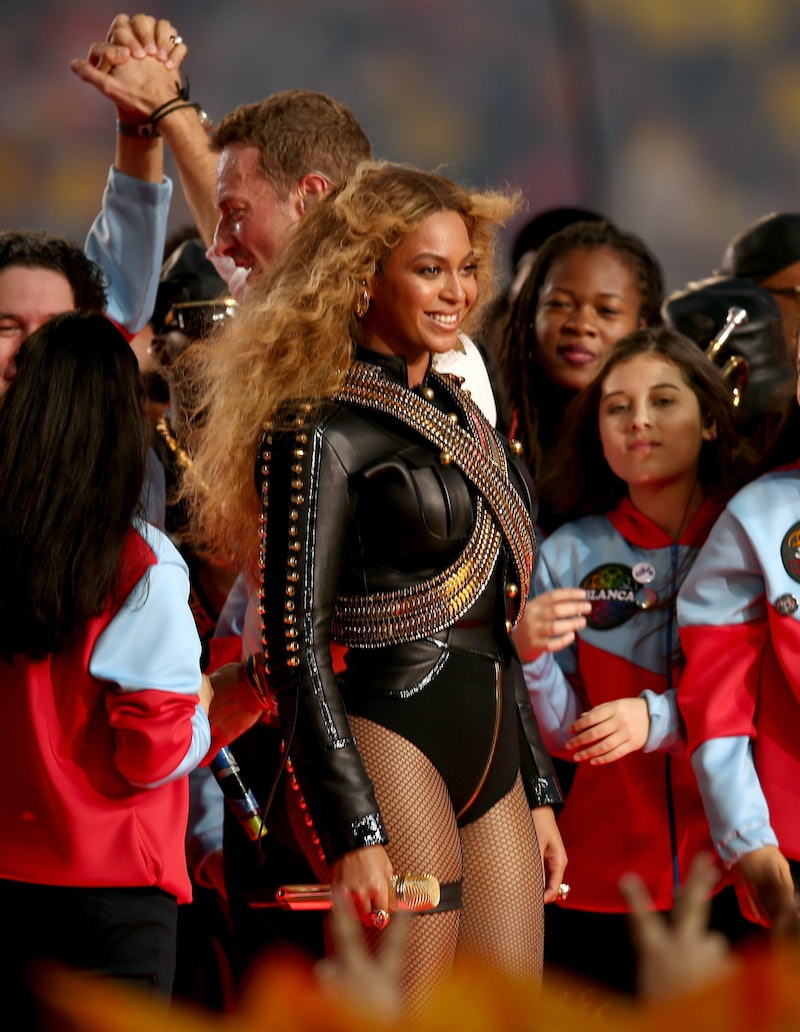 I think we can all start believing in miracles, because after Beyoncé released a new song a day before her Super Bowl performance with an accompanying music video, it started to seem all the more likely that she will be releasing a new album in 2016. Nothing is confirmed yet by the star herself, of course, but having that new music released in the form of a music video is a pretty good sign that more is on the way for Beyoncé. And what I’m desperate to know is will Beyoncé’s new album include videos? After all, the world can never have enough of Beyoncé’s amazing artistic vision, or those incredible dance moves.

I’m sure we all remember Beyoncé’s last album, and how she released it alongside a visual album. So not only did fans get 14 new Beyoncé songs to keep them drunk in love with their favorite star, they also got 18 music videos and accompanying visual footage to get the full sensory experience of entering into Beyoncé’s world. There was a video for every song. It was a creative masterpiece.

And the artist spoke openly about why she did it, stating in “Self-Titled,” an art feature that gave fans a glimpse into making the visual art that accompanied Beyoncé, that she has always seen images tied to emotions, and that emotions and images are linked to the music for her. This time, she wanted fans to not only hear the music in her mind but to see the images that the music created for her. It was a freaking powerhouse of artistic force.

If that is how she finds creative force, then I think there’s a good chance she’ll want to combine those mediums in her next project. Especially since she spoke so passionately in the featurette on her last album about the connection between music, emotions, and images. Not to mention the fact that the first song that she’s released from this new album — “Formation” — was released in the form of a music video. That seems to me like a pretty good sign that there is more to come from Beyoncé when it comes to visual art.

Whether it will be an entire album of visual art has yet to be seen, but I’m just crossing my fingers that she does, because I need all those amazing dances moves in my life. Like STAT.