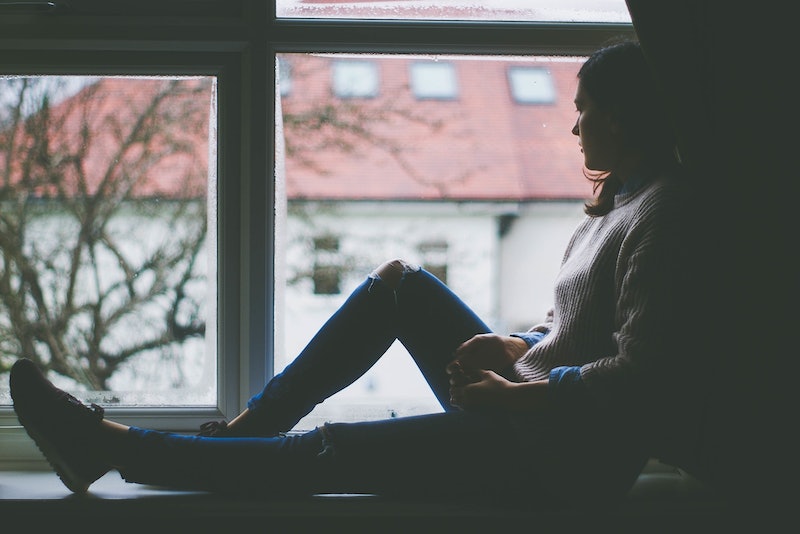 There’s no way that every day is going to be filled with rainbows and sunshine, but that doesn’t mean we can’t be generally happy most days. For those whose happiness levels have been a little down lately, it could be certain daily habits that are robbing you of happiness. Some of it, as we’ll get to, has to do with the way you allow yourself to think about things, and who you surround yourself with. If you're always thinking negatively and surrounding yourself with negative people — you might be mostly unhappy. If you're always thinking positively and surrounding yourself with positive people — you might be experiencing mostly happy feelings each day. As we’ll also discuss here, it’s vital to be happy in the here and now, instead of obsessing over how happy you could be in the future.

This article isn’t intended necessarily for those suffering from depression or other clinical reason for unhappiness, though altering some of these habits in your life might help bring a bit more happiness into your minds, too. In fact, all of us have certain control over a percentage of our happiness level. According to Psychology Today, University of California, Riverside researcher Sonja Lyubomirsky noted 40 percent of our capacity for happiness is within our own control to change. That’s a lot when you really think about it! So let's make some changes and get happier. Here are six daily habits that are robbing you of happiness. You should ditch these habits ASAP if you want to be the happiest version of you that you can be.

Have you even cracked a smile today? If you’re naturally a more serious-type, I’m not bashing on you. All I’m saying is that a little laughter here and there is not going to kill you — in fact, it’ll make you a lot happier. According to CNN, studies have shown laughter actually produces happiness, as it causes our stress hormones to decrease and our endorphins to increase. Hey serious ladies, you still paying attention? You’ll love this — our bodies can’t tell the difference between real and fake laughter, according to CNN, so even if you have to force it you’ll still reap those happiness benefits.

According to life coach and Huffington Post contributor Tamara Star, unhappy people tend to turn the conversations they’re having to topics related to other people's’ lives when they run out of other things to say. In other terms, they’re known to gossip. As Psychology Today attested, those who gossip tend to be negative thinkers.

3. You Regularly Compare Yourself To Others

Similarly to talking negatively about other people, those who are unhappy tend to compare themselves to other people as well. As we all know too well as this point, social media makes it very easy to compare yourself to those around you — or even those who are really far from you. According to Prevention, studies have proven Facebook can eat away at your happiness because it makes those comparisons to others very easily made. Prevention noted those who are happiest, in part, are those who don’t allow themselves to do these comparisons.

4. You Surround Yourself With Negative Talk (Internally & Externally)

Many of us participate in what’s known as “self-defeating talk” without even realizing it. According to Psychology Today contributor Preston Ni, M.S.B.A. — who is a communication coach — self-defeating talk “are messages we send to ourselves which reduce our confidence, diminish our performance, lower our potential, and ultimately sabotage our success.” Ni said this could include phrases like, “I can’t” and “I’m not good enough.” Ni said this is something chronically unhappy people do. By doing this often, you end up becoming your own worst enemy.

In terms of negative talk externally, consider this. I recently went out to dinner with a group of women I know and the conversation consisted of everyone one-upping each other about whose life problems were worse. This went on for three hours. I stayed quiet and when I left I thought, “Wow, I’m lucky I’m not dealing with these problems.” The next morning I’m on the phone with a colleague and suddenly I am the one talking non-stop about all the things that were going wrong in my life, something I genuinely try not to do. What I hadn’t realized the night before was that being around the negative talk for that period of time brought me down mentally, and skewed my sense of happiness and positivity. For me, personally, the more I avoid being around negative people, the happier I am.

5. You Focus Too Much On The Future

Have you ever said something like, “I’ll be happy once I graduate and get a real job,” or “I’ll be happy when I finally have a place of my own”? It’s great to have goals and aspirations for the future, but it’s not great to think you’ll only be happy once those goals are accomplished. To be a happy person, you must start being happy now, and stop only focusing on the future — be in the present. According to Inc. happy people live in the moment. While they plan for the future, they don’t obsess over it. Rather, they realize if they don’t give themselves time to focus on the current moment, there’s no way they’ll be happy in the current moment.

Similarly, you might find that you spend a lot of time thinking about the past — and regretting parts of it. According to Psychology Today, research continues to show constantly thinking about things that have gone wrong in the past can be a precursor to chronic stress and depression. If you have something you majorly regret and find yourself dwelling on it every day, try learning from the mistake, coming to terms with the blame (if any) that you need to take for it, and letting it go.

6. You Have A Hard Time Trusting Anyone

According to Star, people who are happy tend to be trusting of those around them. This is because they look for the best in people, rather than the worst. Likewise, happy people are generally open to meeting new people, and friendly towards the people they encounter. If you notice that in your day-to-day life you tend to spend time thinking people are out to get you, or having an overall sense of distrust, you might just be on the path to unhappiness. Not only do you risk unhappiness, though — according to Star this distrust for people might ultimately prevent you from making outside connections or meeting new friends.

Now that we’re assessed some of the top happiness killers in your day, you can start making some small changes to get yourself into a much happier place. By leaving these daily habits behind you might soon find positivity exuding from you in no time.