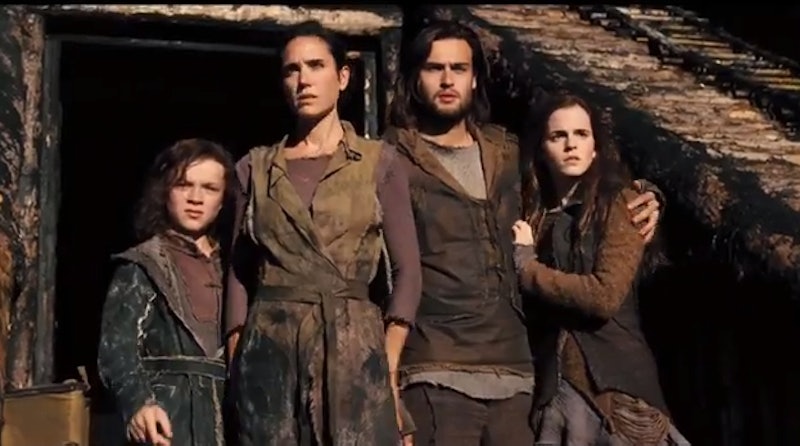 A trailer for the upcoming Darren Aronofsky film, Noah , came out last year, but on Wednesday, a new Noah trailer for the Super Bowl was released starring Russell Crowe, Emma Watson, and Jennifer Connelly. Now, you don't have to wait until you're engulfed in chicken wings and screaming people to watch... chickens and screaming people. In the trailer, Noah has visions of the epic flood, and says, "The storm cannot be stopped... I have to protect my family and save the innocent."

Dark, grim shots of thousands of birds circling in the air, animals stampeding, snakes slithering, meteors whizzing to Earth, and a very wet Connelly looking scared out of her wits, set to the ominous sound of whistling wind makes me so panicky and so excited at the same time. Noah looks like a big-budget film of epic proportions — the story of Noah and the great flood is no small undertaking, after all. However, I don't detect any cheesiness in the trailer, which is good, because I'm looking forward to how Aronofsky shapes the plot.

You can watch the trailer for Noah below: