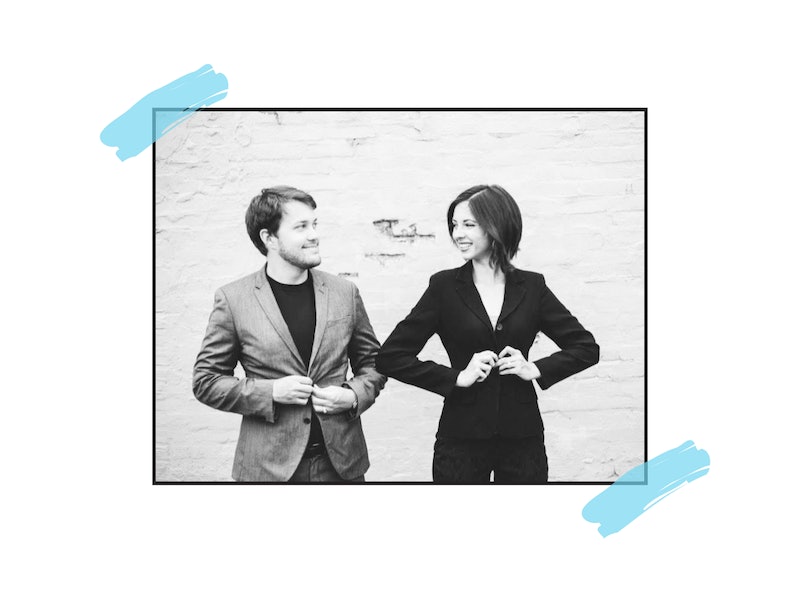 I sat on the floor, staring in the hotel closet. Pantsuit or skirt suit? I was debating what business attire I was going to wear for my last collegiate mock trial competition. The importance of this choice weighed heavily on my shoulders as I realized this was the last time I would ever compete. I sat still for another five minutes before reaching for the skirt, jacket, and detested pantyhose. This wardrobe decision was not rooted in any desire to appear fashionable. I was not taking the weather into consideration. Comfort certainly didn't factor in, as I tugged on the nylons. The debate warring in my head was over which suit I thought I would receive less criticism for wearing.

I remember the first trial round I ever competed in, years before. The judge had complimented me for my logic and evidence, but said that, with my cropped haircut, pantsuit, and “authoritative presence,” I seemed “like a bitch.” Another judge urged me to embrace my femininity and wear taller heels and a skirt. Not five minutes later, during the same critique, one of my fellow competitors was told her skirt suit and pantyhose seemed “kind of inappropriate” and made her seem weaker. Other women on our team and the opposing team received the same critique, but none of the men did. As the years progressed, so did the comments.

When I'd arrived at Hendrix College in Conway, Ark., my freshman year, I didn't only witness this type of sexism during debate or mock trial —instead, it seemed that one of the defining rites of passage for young women on college campuses was learning how to contort to fit the impossible and paradoxical standards imposed on us. While I loved college for exposing me to a variety of people with a wide spectra of interests, it also seemed to me like a ripe place for exposure to the paradoxical ways women are asked to conform to meet society's standards. We have to be sexy, but not slutty or lewd; engaging and friendly, but not clingy; reserved, but not prudish; independent and strong, but not bossy and bitchy. This social tightrope that women are supposed to walk has received a lot of criticism over the past few years from women who have decided to fight back against these incomprehensible and constricting binaries. This push-back is empowering, but what do you do when this same sexism moves out of social realms and into the classroom?

Much like my debate experience, a lot of young women find themselves being critiqued in classroom discussions and presentations in ways that their male peers are not. After wondering how prevalent the gendered critique of dialogue and dress could be, I reached out to fellow former students and current students from four different colleges (two state schools and two liberal arts colleges). In an effort to keep things balanced, I talked to three women from each school (for a total of 12 women) and three men from each school (for a total of 12 men). My surveys were short, with only four questions to answer.

I asked the women on a scale of one to five how comfortable they felt to challenge a female student in a class discussion, with one being “Not at all," three being “Neutral,” and five being “Completely at Ease.” The women at the state schools averaged 3.8 while the liberal arts women averaged 4.1. My second question was similar — the only variable changed was asking the comfort level of challenging a male student in discussion. The numbers dropped; women at state schools averaged 2.3 and the women at liberal arts colleges averaged 3.1.

My third question was open ended: If your comfort levels changed, would you tell me why? The common two themes in the answers were illuminating: male peers seem to take more personal offense to the challenge and the respondents didn’t want to appear bitchy to the professor. When I heard the “bitchy to the professor” comment, I added an addendum to that question, asking if the respondents if they had received that critique before and that is why they were wary of that characterization. Given my small pool size, I was shocked when four of the women said they had received comments like that before, but they professor never reprimanded the men in that manner.

With all this churning in my head, I begin polling the men. I went through the same four questions with the same one-to-five scale. For challenging female peers, the men at the state schools polled at an average of 3.3 while the men at liberal arts schools averaged 3.6. The numbers for male peers were relatively close as well, with state school men averaging 3.8 and the liberal arts men averaging 4.0.

When I asked them about any differences between the two scores, the answers further illustrated how impossible it is to satisfy these standards. Some of the men said they were less likely to challenge their female peers because they have been reprimanded in the past by professors for being too “rough” on them in past discussions. And of the 12 men, not a single one recalled a professor or faculty member commenting on their wardrobe choices.

In the midst of processing this information, I realized how much these conversations reveal about the prevalence of these sexist binaries among these students. The women were treated as though they were weak, to the point where men were discouraged from engaging them in intellectual discussion — behavior backed up by a recent study in scientific journal PLOS ONE that states that men consistently underestimate their female classmates.

When women tried to remedy that inaccurate portrayal by demonstrating the same confidence and assuredness their male peers displayed, they were then seen as too hard or bitchy. And our attire faces a similar problem, with genders being arbitrarily assigned to clothing and haircuts. Women are supposed to look feminine, with long hair and conservative yet feminine dress — except at night, when we should be bundled from head to toe. Anything not adhering to this schedule of costume changes is wrong. And that is just for cisgender women.

College can be a liberating experience where young women can develop self-assurance and take pride in who they are. That is why it is so frustrating when oppressive age-old societal standards are perpetuated and adopted in the classroom. We acknowledge that there are always going to be naysayers who will try to tamp down our confidence, aspirations, and career goals; but we don’t need it from the people within the very institution and environment in place to help prepare us to confidently pursue our futures.

On some days, I still find myself standing in front of my closet re-engaging with that inner monologue on what to wear to be taken seriously or not speaking up in conversations for fear of coming across bitchy. But when that happens, I put on what makes me feel confident and engage in a rousing debate because I am tired of contorting and am ready confidentially and unapologetically carry on.

Submit To Bustle On Campus Here