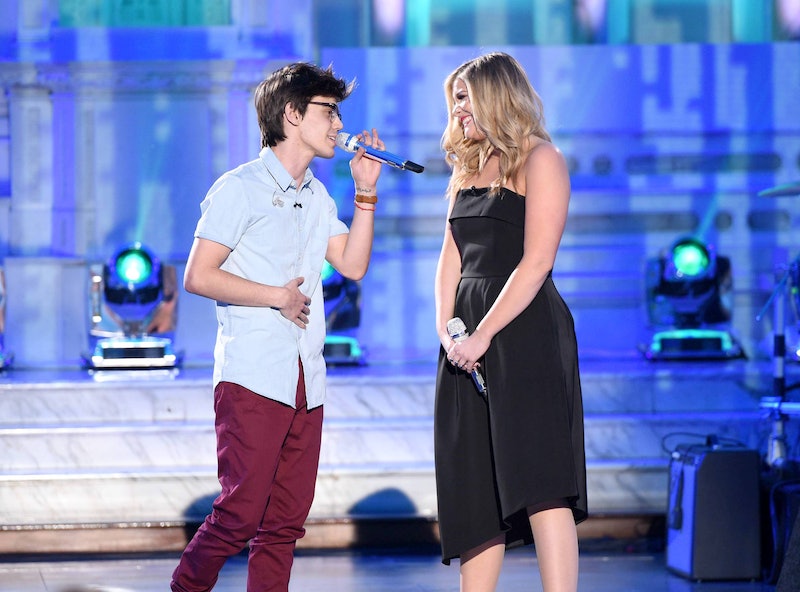 I hope you dance... because I'll be right there with you. Mackenzie Bourg partnered with American Idol Season 10 runner-up Lauren Alaina to deliver a romantic rendition of Lee Ann Womack's "I Hope You Dance" and proved exactly why he's in the Top 24. The 23-year-old has continued to impress week after week and has proven to both the coaches and America that he deserves to continue on into the American Idol Season 15 Top 10.

I've been a Bourg fan since day 1. His initial audition was captivating and original — just like every performance he's given since then has been. Bourg continues to put his own spin on popular songs, which will give him a leg up in this game. Instead of blending his voice to the original, he takes risks and rewrites the melody, which sets him apart from many of the other contestants this season.

Tonight, Bourg was able to partner with a seasoned performer and still stand out. While other contestants have gotten lost in tonight's Duet Round, Bourg was able to make the performance about him. Instead of falling flat under Alaina's talent, the two struck a balance and were able to share the stage. This certainly helped Bourg's performance stand out in front of the judges and will contribute to his chances of moving forward in this competition.

So will Bourg safely make it into the Top 10? We still haven't seen the remaining 12 contestants in the Top 24, but it is looking very likely. Aside from his talent, he's also ridiculously adorable — which will help win over the voters at home. Unless he gives a disaster performance in the coming weeks, there's no doubt Bourg will make it into the Top 10 — and maybe even further.