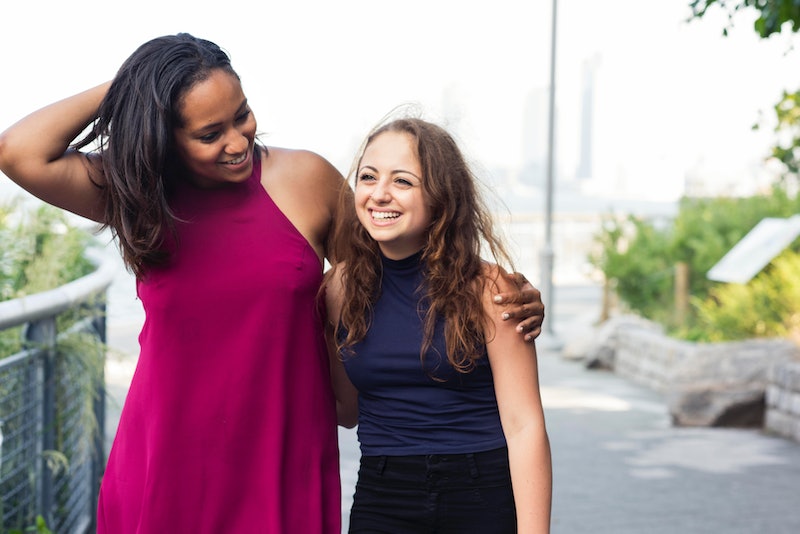 My pride always reaches a fever pitch when Black History Month rolls around. From the time I was in elementary school, I wanted to celebrate the accomplishments of my people and let the whole world know how educated and talented my ancestors were. At age six, I jumped on the chance to create a school project about Madam CJ Walker and her contributions to modern hair straightening. At 13, I shut down the criticism of classmates who said listening to punk music was for White people and that I hated myself. In college, I made sure to explain to non-POC classmates the importance of activism and protest in the Black community.

As I’ve gotten older, of course, I’ve become even more observant of the world around me, and my eyes have gotten real wide, particularly in this age of #BlackLivesMatter vs. #AllLivesMatter and Beyonce’s “Formation” video. Yet I've found that some White friends and classmates often don’t understand the importance celebrating Black history and lives, instead asking me, "why Black history can’t just be American history" and why “defending Black lives” can’t be “defending all lives.” White friends, I know you might mean well — but you need to be educated.

Here are six ways White people can be better allies during Black History Month — and beyond.

1. Learn Why Black History Month Exists In The First Place

Black History Month started out as Negro History Week in 1926 by Black historian Carter G. Woodson and the Association for the Study of African American Life and History. It was a celebration of the accomplishments of Black people in American history. In the 1960s, when President Gerald R. Ford began to notice that college campuses were extending their celebrations throughout the entire month of February, he declared in 1976 that Negro History Week would become Black History Month. And it is still just as necessary.

White friends, our histories are not the same; from the minute my ancestors were brought to America in slave ships, it wasn’t going to be the same. Black people, like other minorities, have always been the “Other,” from segregation separating our schools and water fountains, to bros who still think that saying “you’re pretty for a Black girl” is a compliment. This is an important opportunity to educate kids and the public about where we've been — and where we're going.

2. Accept The Fact That You Are Privileged

Schools often offer "minority histories" as individual lessons, while Christopher Columbus and other staples of White history fall under lessons of general "American history". White celebrities appropriate our natural hairstyles and ways of dress and make them “cool” and “edgy,” while Black people often get made fun of and ridiculed for those very styles. Congress is 80 percent white and 80 percent male. White friends, you have one up on us in almost every way possible; you are privileged.

This doesn’t mean that your personal problems don’t matter or that you can’t be wronged. This just means that in more ways than one, society caters primarily to you. You’re less likely to be pulled over by the police, less likely to be seen as violent (despite a staggering amount of mass killings being committed by young white men), more likely to be seen as professional and ideal in the workplace — the list goes on. Black people are primarily judged by one main factor: our skin color. Society takes one look at us and stereotypes are already in place. So accept your privilege, White friends, lest you look ignorant.

3. Celebrate And Learn About The Accomplishments Of Black People

Black minds have invented tons of things we now take for granted — like the stoplight, video game consoles, and delicious peanut butter, just to name a few. Black men and women even made significant contributions to the modern blood banking system and were among the first self-made millionaires. Without Black minds, the world would have damp & wrinkly clothes (the invention of the clothes dryer and the iron), and overgrown lawns (the lawn mower).

This month is special in that we can go crazy with acknowledgement for the Black visionaries who've been ignored for far too long. Instead of asking why we can’t have a White History Month, celebrate what you do have today because of Black inventors. We’re told daily about the accomplishments of White inventors and scholars and don’t bat an eye. Take the time to learn about Black innovators and their accomplishments and reflect on how they’ve changed the world.

4. Speak Up In Cases Of Racial Injustice

Four years ago this month, a ticket collector at the movies decided that in a sea of White people, he was only going to check my bag. He stuck his hand out to stop me after I gave him my ticket, stared at me longer than I liked, and demanded that I open my bag. White girls in front of me, all also carrying bags, had passed him with no problem, but it was my bag that he wanted to check. He found the hummus wrap that I was going to eat and, with a hardened attitude in his voice, told me to discard it. He then proceeded to give me one of the coldest looks I’d ever seen.

I was mortified, but more so, I was angry with myself for not speaking up. I was lucky that my White friend at the time asked why he didn’t check her bag; a question he gave an insignificant answer to. She offered him her bag to check, but his eyes remained forward and his hands were tight at his side, ignoring her. As hurt as I was in that moment, I could feel my heart swell with appreciation for her; it meant everything in the world to me that she was my ally.

Be the voice that questions why your Black friends experience racism. Shut down prejudice that may come up at family gatherings or in public. Use your privilege to start a conversation and challenge small-minded beliefs.

5. Remember: Black Pride Isn't About You

Having pride in ourselves isn’t meant to damn anyone else. White friends, you are the default of all that’s considered good in this world. Your features are considered the epitome of beauty and your ethnicity equals success not only in America, but also in many countries around the world. Society has catered to you in ways you probably don’t even realize, because you are the privileged race.

Black people are told daily — in the media, in the workplace, in the street — that they are ugly, unprofessional, and violent. Black History Month is a reminder that we, like everyone else walking this Earth, are a race with beauty, brains, and morals. Always remember that pro-Black doesn't equal anti-White.

6. Learn Why Representation Is Important

Growing up, I loved reading magazines. But rarely did I see anyone who looked like me. Rarely did I see a Black celebrity whose picture wasn’t minuscule and whose profile didn’t include three ridiculous questions designed to make her look “sassy”.

I wanted to see more of me in the magazines I loved and the teen shows I watched. Why did every situation featuring a Black girl have to end badly? It seemed she couldn’t be the leader of the cool clique, only a jealous sidekick with an ugly personality. She couldn’t have a white boyfriend because they were “just too different” for each other by episode’s end. I couldn’t relate to the popular blondes with sparkling blue eyes who lived with both parents, because these shows and magazines always told me that Black girls like me didn’t get a happy ending.

White friends, in the media, you see yourselves represented in every corner of life, from The Academy Awards to Congress. So when Beyonce wants to loudly proclaim that she loves her “negro nose with Jackson Five nostrils,” know why Black Twitter is ablaze with praise. When Mattel creates a Zendaya Barbie doll, know why our little girls get wide-eyed with happiness. We’re seeing that we as a people can be proud of our appearance, get that happy ending, and that we can be sassy as well as classy. Black History Month continuously proves to young people that it is possible to be an artist, doctor, lawyer, or any profession — and be Black. And that's a beautiful thing.