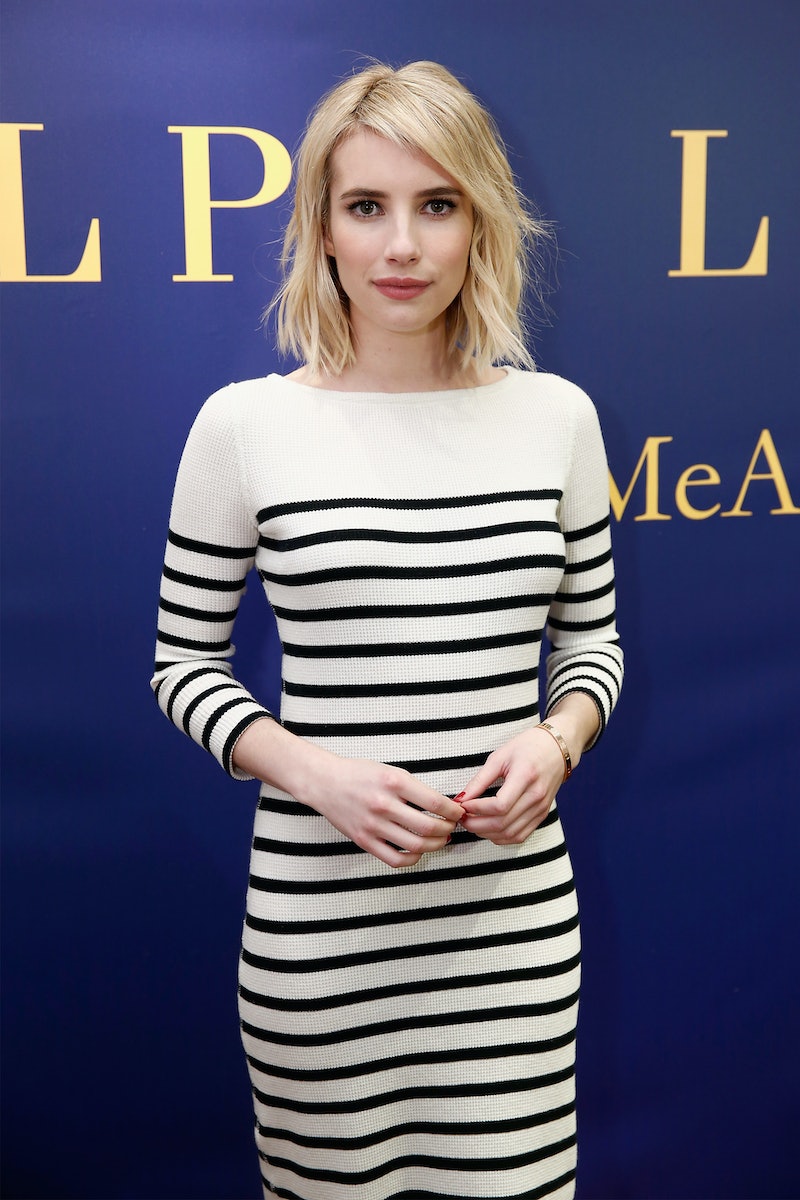 Watch out, Scream Queen fans — the b*tch is back. Emma Roberts confirmed on Monday that she will be returning for Season 2 of Scream Queens. But, with Season 2 being moved off of Chanel’s home turf (her sorority house) and onto a completely different kind of campus (a hospital), I’m wondering if the new setting will mean she has an entirely new set of followers to worship at her feet. After all, the news that Roberts is returning is the first official word the world has heard about who is returning for Season 2. If it is just her (or her and only a few others), does that mean she’ll have a new Chanel No. 2 for all of her screams and schemes?

Roberts herself definitely teased the possibility. With the new season being set at a hospital, Roberts was quick to share her hopes for the future season at the Ralph Lauren Polo presentation at NYFW: “I mean, I hope there’s four hot doctors, because I feel like if there is anything Season 2 needs, it’s four hot doctors.”

Especially since Season 1 ended with (SPOILER ALERT) one of her Chanel-named sidekicks being the Red Devil himself. Erm… I mean herself. With that move, Lea Michele’s character (aka, Chanel No. 6) is definitely out of the running for one of Chanel’s sidekicks in Season 2. So, someone will have to replace her. But who? A hot doctor, maybe? Roberts seems really excited about that. Or maybe a new cast member entirely?

With Roberts definitely returning as Queen Bee Chanel, there’s no way that she won’t be taking some poor new thing under her wing. Blame the slipstream of that beautiful blonde hair of hers.

Personally, I’m hoping that it’s someone completely new, maybe even someone who challenges her authority and puts her in her place. Because there’s nothing I like seeing more than a mean girl taken down. It’s probably likely that whomever Chanel is able to commandeer to be her sidekick will be someone new — especially since creator Ryan Murphy is known for creating entirely new casts for his scary TV shows.

So buckle up, Chanels. Season 2 is already sounding like a wild ride.