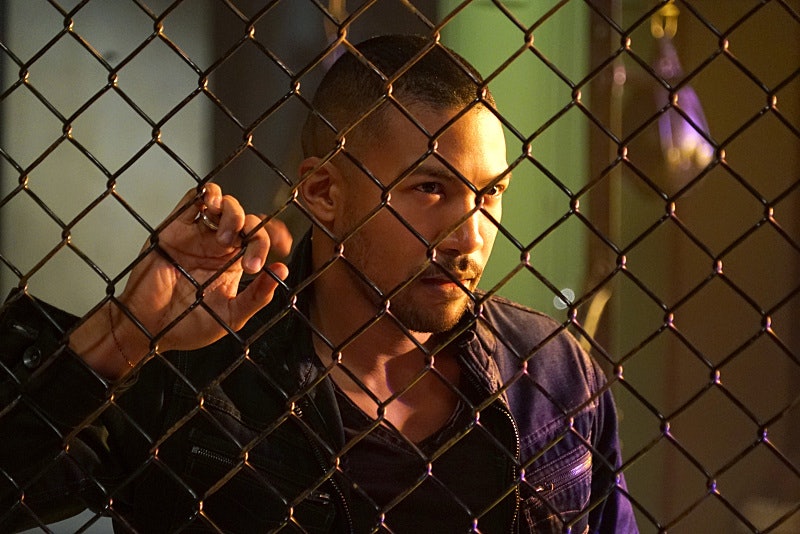 Ever since the Mikaelsons returned to New Orleans, Marcel's power has shriveled into almost nonexistence. I mean, he used to be the king of this city and now it feels as though he barely gets a say in anything... until now, that is. During Friday night's episode "Dead Angels," Marcel became the new leader of The Strix on The Originals after completely out-manuevuring both Elijah and Aya. And to be honest, I couldn't be more excited for him. The fact that he was able to evade all of the Strix — including Elijah — and keep the charter out of their reach until midnight proves just how cunning he truly is and how essential he can be to making sure the prophecy never gets fulfilled.

As Marcel himself said during his rousing little victory speech, no one knows the Quarter like he does. He knows every nook and cranny, which will definitely come in handy. And, perhaps even more importantly, he knows the Mikaelsons better than anyone. He grew up in their image, which makes him the perfect leader to help save them, and therefore everyone else. Luckily, Elijah feels the exact same way since it was later revealed that he had orchestrated the plan in the first place keep the other Strix's distracted. But even so, this shouldn't undercut Marcel's promotion. He's certainly earned it.

That being said, Marcel now has a very big decision to make. Soon after achieving his newfound power, Aya approached with him a proposition. She intends on using Davina to sever the link between a vampire and their sire, meaning their lives would no longer be bound to the Mikaelsons — which is good news for them, but not so much for the Mikaelsons themselves, considering that gives their allies a lot less incentive to help them. Elijah may regret passing the throne to Marcel sooner than he thought.