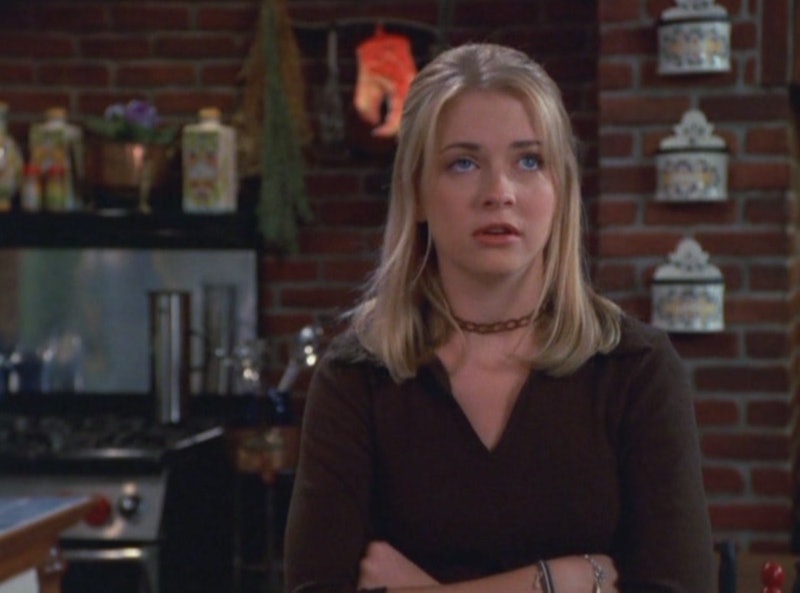 You know that feeling when you've finished a show and you wish there was something more? A lot of the time, you'll settle for something that gives you the same feeling as your old fave. Luckily for fans of Sabrina the Teenage Witch , there are a lot of similar shows that capture the same magical, cozy silliness of the witchy sitcom. A lot of '90s shows have proven influential on television since they originally aired, and the influence of Sabrinaon modern television has been clear.

I always loved Sabrina the Teenage Witch because it featured all the fantastic elements I was drawn to when I was younger while still feeling like a (somewhat) grown-up sitcom. The show, which was based on the Archie comic books and ran from 1996 to 2003, starred Melissa Joan Hart in the titular role as a witch who hones her magical powers with her witch aunts. The show didn't originate the idea of a magic school, but it definitely left its mark on later shows like Disney's Wizards of Waverly Place. From celebrating the bond between women to incorporating magic to generally capturing Sabrina's silly vibe, here are some shows from old to new that you'll love if you loved Sabrina the Teenage Witch.

Bewitched, which aired in the '60s and '70s, is basically the grandmother of Sabrina.

While Gilmore Girls might not seem like the most obvious predecessor to Sabrina, it is if your favorite part of the show is the relationship between Sabrina and her aunts. That kind of close, playful relationship is closely matched by the Rory/Lorelai relationship.

Charmed is the obvious dramatic sibling of Sabrina, as it featured powerful witches — albiet who weren't quite as ridiculous as Sabrina and her aunts.

Buffy aired around the same time as Sabrina, and while it's a lot darker and dramatic than Sabrina in a lot of ways, there's also a lot of silly supernatural activity that both of them share.

Clarissa Explains It All

Another '90s classic, Clarissa Explains It All is for you if your favorite part of Sabrina is what the two shows have in common: Melissa Joan Hart.

There have actually been a few different animated series based on Sabrina. If you want to stay in that familiar world, I recommend Sabrina: The Animated Series.

The short-lived 1997 show starred a teen boy and his guardian angel. It was ridiculous, and very '90s, so it's perfect for Sabrina fans.

The Disney Channel show starred Selena Gomez as a wizard in training in a family sitcom setting, just like Sabrina.

Like a '90s I Dream of Jeannie, this was another show that less successfully rode the magical wave started by shows like Sabrina.

The CW has long been the home of supernatural drama; how could we forget Supernatural, the long-running show about brothers valiantly fighting against monsters? While it's more dramatic than Sabrina, it's perfect for fantasy fans.

The currently airing ABC show takes Disney fairytale lore and dramatizes it in the modern day and full of magical references.

If you've already watched all of these shows, you now have one to look forward to. Coming from the same Archie universe that Sabrina came out of is the CW's new Riverdale, a subversive take on the comics.

Hopefully, fans of Sabrina the Teenage Witch now have plenty to watch. Of course, you can always go back and watch the real thing on Hulu, for old time's sake.

More like this
David Schwimmer Doesn't Remember This Classic 'Friends' Episode
By Sam Ramsden
Hayden Panettiere Will Return For 'Scream 6': "We F*cking Won, Scream Fam"
By Jack Irvin and Jake Viswanath
Kim Cattrall Spilled All The Tea About Not Being In The 'Sex And The City' Reboot
By Radhika Menon
5 Mini Skirt Outfits To Wear, Inspired By These Brave Souls
By Avery Matera
Get Even More From Bustle — Sign Up For The Newsletter