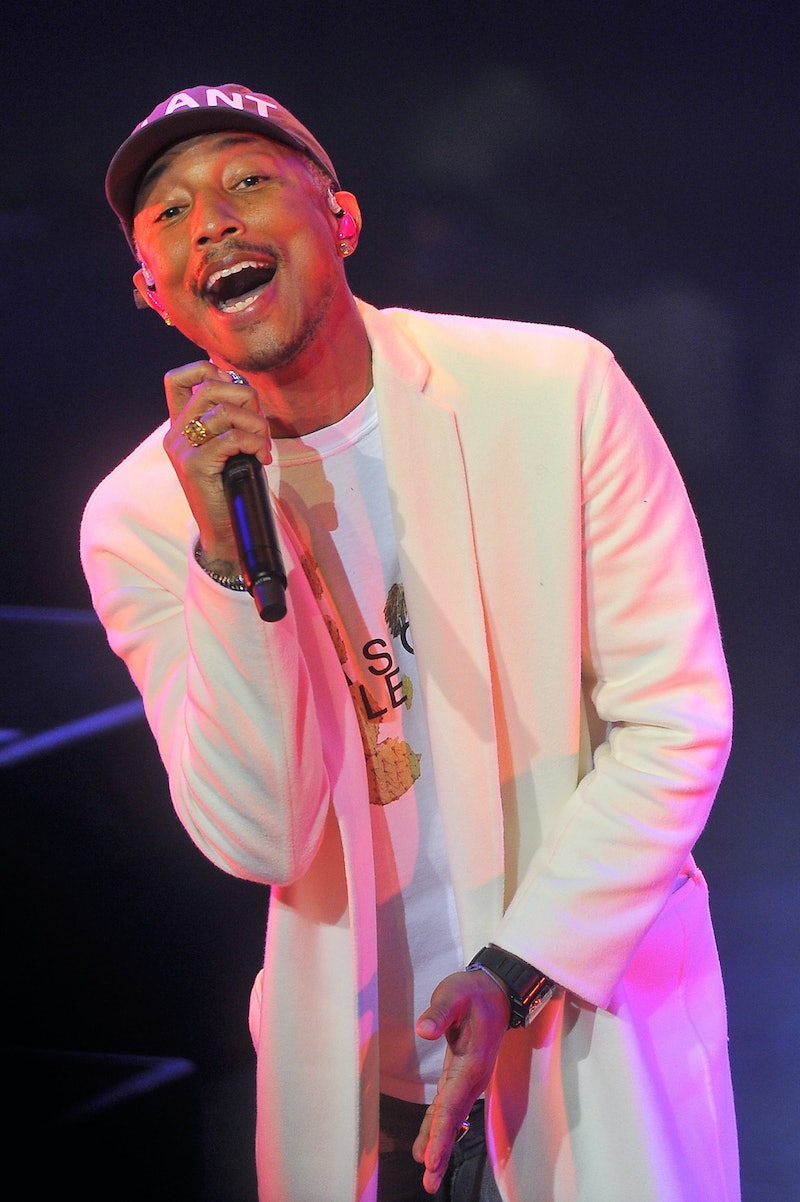 If I had my way, every music video would be a beacon of body positivity. But unfortunately, body positivity in music videos doesn't always come as naturally to some as it does to Nicki Minaj. So, what is the most body positive music video nominated for a Grammy this year? Surely, there has to be at least one, right? Right! This year's nominations include videos by A$AP Rocky, Kendrick Lamar, Taylor Swift, The Dead Weather, and Pharrell Williams.

It'd be all too easy to give the credit to Taylor Swift for her feminist-fueled, girl gang in the "Bad Blood" video, but when I think about the potentially toxic nature of "squad goals" and, you know, how many of the women in the video are supermodel beautiful (or actual supermodels) it just doesn't feel right.

Instead, looking through the other nominations led me to a video that was way more body positive than any of the others. In fact, I'm really mad that I didn't pay attention to this one when it first came out, because the positivity not just of the song, but of the entire video has made me feel uplifted on a Valentine's Day when I desperately needed it. So thank you Pharrell, for the song "Freedom" and the accompanying body positive video.

Let me break it down for you: The popular R&B star's lyrics are uplifting and pretty obviously about finding and celebrating freedom. The video explores happiness and freedom in many different cultures, through so many different people who come from amazingly unique walks of life.

By mixing in imagery of vast, beautiful spaces in the world as well as derelict, abandoned ones, Pharrell isn't just representing the positivity in the world, but what's left to be done. As much as we can celebrate the diversity of human beings, we still have to fight for the freedom of those unable or not allowed to be true to themselves.

This video is body positive in its inclusivity and diversity, but also in its reality. The honest images from across cultures and the world are ones that represent beauty in many different ways, not just the traditional beauty standards we apply to most images in Western media. This video is a celebration of our differences and our freedom to be individuals. It's a beautiful video with a powerful message — and one that totally deserves to win a Grammy.

More like this
What’s The Kibbe Body Type Test That’s All Over TikTok?
By Marilyn La Jeunesse
The Best Sunscreen Products For All Skin Tones, As Chosen By Our Editors
By Danielle Sinay
The Sliced Bob Is Summer's Hottest Haircut
By Danielle Sinay
10 Times Boris Johnson Got It Wrong On Trans Rights
By El Hunt and Sam Ramsden
Get Even More From Bustle — Sign Up For The Newsletter