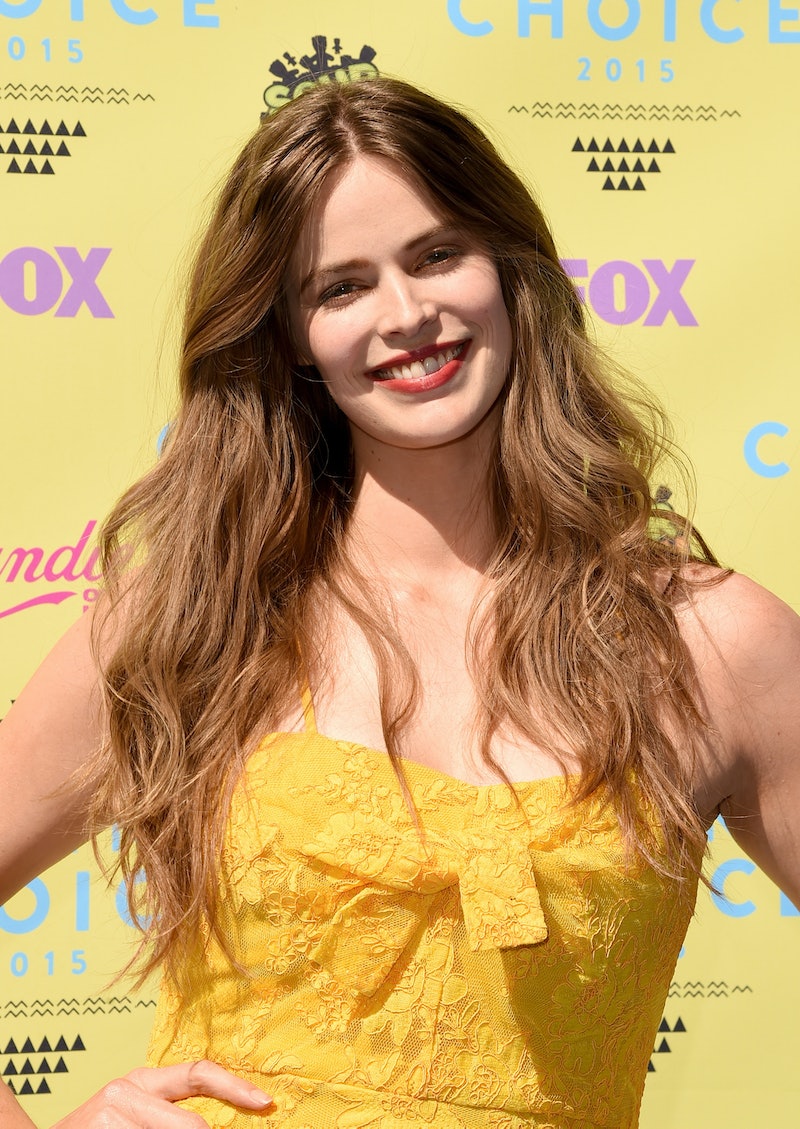 When you think "first plus size model in Sports Illustrated ," who comes to mind? Chances are, you think Ashley Graham. After all, her name is everywhere — from TED talks to New York Fashion Week to lingerie design. And in a way, you wouldn't be wrong. For Feb. 2015's Swimsuit Edition, Graham did land a swimsuitsforall ad within the magazine's pages — an impressive and groundbreaking feat, no doubt, especially considering the brand's involvement with body positivity (as of this year, it has released four collections with the OG of plus size style blogging, Gabi Gregg). But it was actually another curvy bombshell who landed the publication's first plus size editorial: Robyn Lawley.

Like Graham, Lawley is another longtime name in the plus size modeling industry. She featured in that history-making Vogue Italia cover alongside fellow curvy models Tara Lynn and Candice Huffine back in 2011, after all. Plus, she was Ralph Lauren's first plus size model ever. And in the 2015 Sports Illustrated Swimsuit Edition, Lawley made it as a rookie — and a curvy one at that. She was the first model who visibly looked above a size 2 to star in the publication's pages. And for that, she definitely deserves some recognition.

Now, I know what some folks are probably thinking here. Lawley kind of looks like an average-sized woman. She has a flat stomach, she isn't particularly "plus size" by eyeballing standards, and, well, she's white, cis, and able-bodied. She's not that different to Sports Illustrated's usual models, right?

I'm the first to agree whenever anyone argues that the modeling industry's definition of "plus size" is very different to that of most everyday individuals. But it's a hard world to crack. It's a world that, for decades, celebrated women of one size, one body, one skin color. So any deviation from that mold has to signal some kind of progress, even if said progress is slow.

According to Wilhelmina's modeling pages, Lawley stands at 6-feet tall, with 40.5-inch hips and a 30.5-inch waist. By ASOS's sizing chart (because, who are we kidding, ASOS is basically a go-to of all humans at this point), that puts Lawley at a size 10. So, yeah, that means she's probably smaller than the average American woman, who wears a size 12 or 14. But it still puts her above the size of most standard runway models. And that's something.

And what's more? As of the 2016 Swimsuit Edition, Lawley is no longer a rookie! On Feb. 13, she shared with her Facebook followers the fact that she's back for a second time around.

Considering the gravitas a publication like Sports Illustrated has in the publishing world, one can only hope this is the beginning of a more inclusive glossy industry.

More like this
I Have Eyebrow Alopecia – & Microblading Gave Me My Confidence Back
By Jessica Morgan
Bustle Newsletter: June 30, 2022
By Stephanie Talmadge
Olivia Munn Got Real About How Her Body Hasn’t “Snapped Back” Post-Pregnancy
By Stephanie Topacio Long
23 Times Meghan Markle Dressed Just Like Princess Diana
By Bustle UK
Get Even More From Bustle — Sign Up For The Newsletter