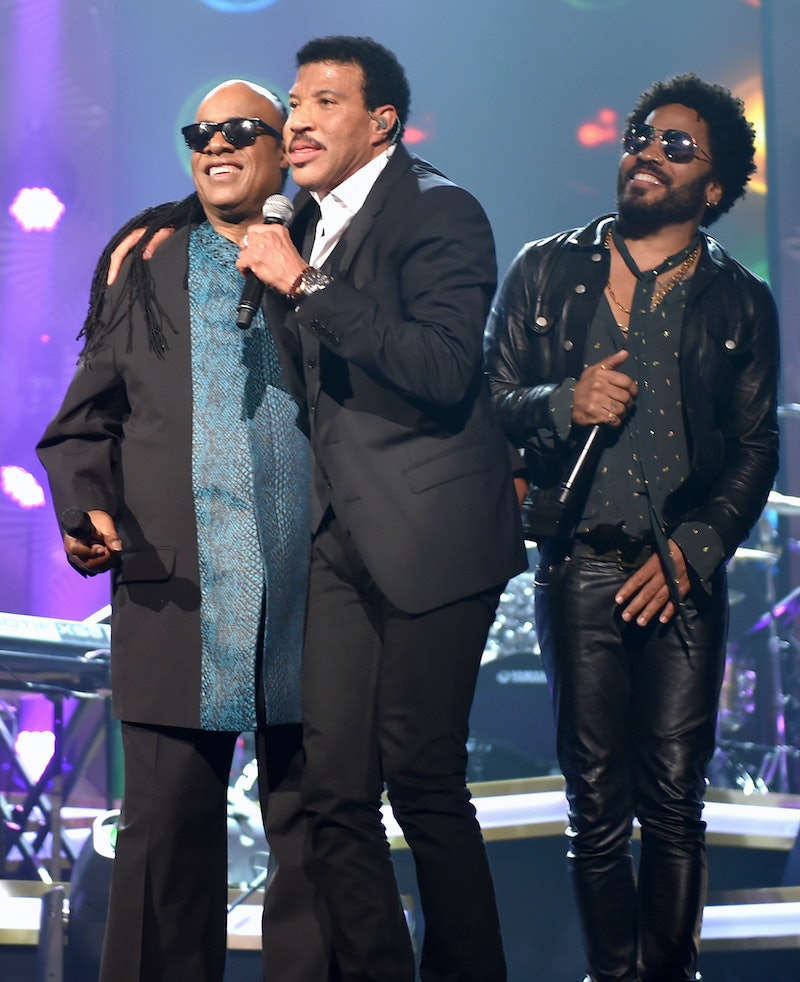 The Grammys this year are all about the return of long-dormant performers like Adele and Rihanna. But in addition to the exciting returns of those performers, viewers will see a tribute to Lionel Richie at the 2016 Grammys. Since Richie isn't up for any Grammys and isn't celebrating a specific anniversary, why is he being honored this year? Well, Lionel Richie is the MusiCares Person of the Year honoree for 2016, and according to the Grammy website, he was chosen "in recognition of his significant creative accomplishments as well as his career-spanning charitable work, which has included support for an impressive range of causes over the years, ranging from AIDS and human rights to famine, poverty, human trafficking and women's issues."

MusiCares is an organization that provides solace to musicians in times of dire need, and each year they honor a member of their community that combines musical talent with philanthropy. And on Feb. 13, a night of fundraising to support MusiCares, dozens of famous musicians showed up to pay tribute to Richie's long career, from where he started as a disco star with the Commodores to his long and varied solo career that includes hits like "Hello."

The Grammys have so many categories that they don't all make it to air, so it's no insult to Richie that his big honor happened in advance of the Feb. 15 show. And in case you missed the MusiCares ceremony, you will see Richie onstage at the Grammys according to one of the ceremony's commercials, though he's not credited as a performer. And back in January, the Grammys announced that "a special tribute to 2016 MusiCares Person of the Year Lionel Richie will highlight the GRAMMY winner's wide-ranging career."

However, the Feb. 13 tribute was the true big event, where some of the stars who performed covers of Richie's many hits included "Yolanda Adams, Dave Grohl, Lenny Kravitz, John Legend, Rihanna, the Roots, Usher, Pharrell Williams, and Stevie Wonder; and singer/songwriters Leon Bridges, Luke Bryan, Ellie Goulding, Demi Lovato, Chris Stapleton, and Florence Welch," according to the Grammy site. The event was hosted by Jimmy Kimmel, who came onstage in a white suit straight out of one of Richie's 1970s performances. One of the more surprising renditions was when Foo Fighters' Dave Grohl performed love song "You Are" (above).

Considering his charitable background, it makes sense that, according to a Tweet from MusiCares, Richie's night of fundraising broke records, raising over $7 million. Overall, it was a fitting tribute to a legend. While a live "Hello"/"Hello" mashup would have been amazing, by gathering so many celebrities and raising money for a good cause, the MusiCares night seems like the perfect way to look back at Richie's career.

More like this
Kourtney & Travis Crashed His Daughter’s TikTok Live In Their 2nd Wedding Outfits
By Grace Wehniainen
Cardi B Explains To David Letterman Why She Uses Her Star Power For Politics
By Jake Viswanath
Twitter Is Upset About The 'American Idol' Top 3 Results: "Who TF Is Voting?"
By Jake Viswanath
Selena Gomez Joked About Her Relationship Status In Her ‘SNL’ Monologue
By Grace Wehniainen
Get Even More From Bustle — Sign Up For The Newsletter