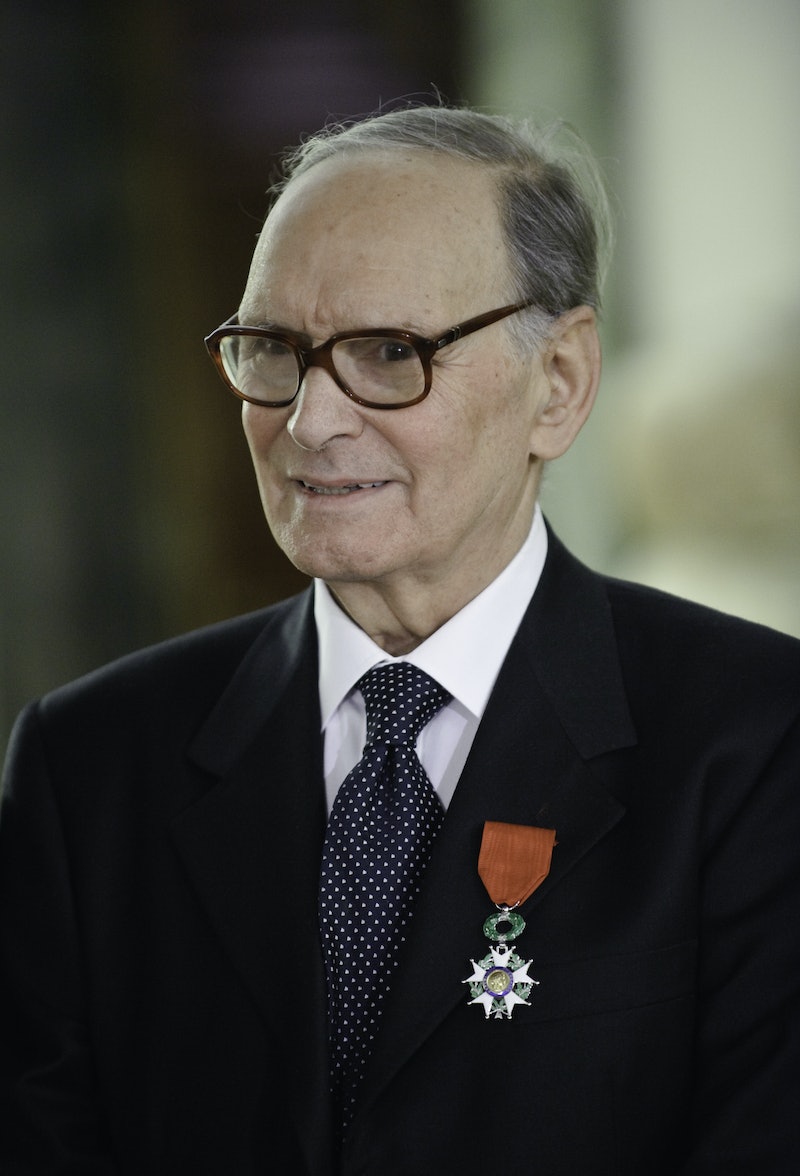 Some 87-year-olds may be slowing down and retiring to Boca Raton, but Ennio Morricone sure isn’t resting on his laurels. The legendary maestro composed the score for Quentin Tarantino’s The Hateful Eight, and he’s been scooping up plenty of accolades this 2016 award season because of it. He won Best Original Score at the Golden Globe Awards, and tonight, Ennio Morricone took home a BAFTA award for Best Original Music. Could an Academy Award be next?

Morricone’s been composing for over 55 years, gaining acclaim for his scores in the Sergio Leone’s so-called “spaghetti Westerns” of the 1960s (they were called such because most of the Westerns were produced and directed by Italians). According to Variety, this is Morricone’s first score for a Tarantino film and his first for a Western in several decades. Morricone has been nominated for an Academy Award for Best Original Score six times — for Days of Heaven (1978), The Mission (1986), The Untouchables (1987), Bugsy (1991), and Malèna (2000) — but he’s never won. Well, that’s not entirely true — he received an honorary Academy Award in 2007, but does it feel as good to win that as it does a real Academy Award? I highly doubt it.

What’s the secret for Morricone’s success? He’s 87 and still kicking, and I think a lot of it has to do with the fact that he never fell into the Hollywood machine. He lives in Italy, he refuses to deal with Hollywood, and he’s on the cusp of winning his very first Academy Award (and I think that this one is a shoo-in, given his other awards this year). 85 is so the new 35, don’t you think? Morricone certainly has plenty of scores left in him.

More like this
Tom Cruise Gives His Honest Review Of Lady Gaga’s New Song For 'Top Gun: Maverick'
By Hugh McIntyre
Remember When Benedict Cumberbatch Announced His Engagement In A Newspaper Ad?
By Hugh McIntyre
Regina King Puts Her Career, Family, & Friends Before Romance
By Jake Viswanath
Lisa Marie Presley Reviewed Baz Luhrmann’s ‘Elvis’ Movie On Twitter
By Grace Wehniainen
Get Even More From Bustle — Sign Up For The Newsletter