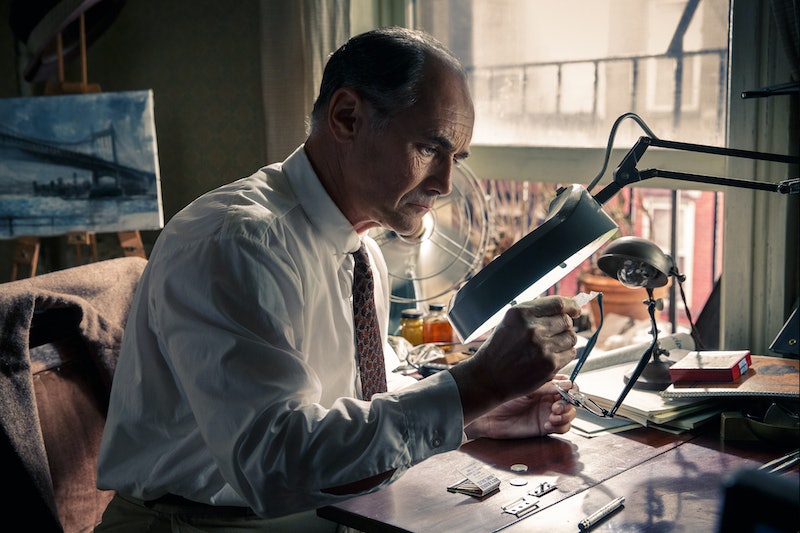 Only making things look even worse for the Oscars in terms of diversity, the British Academy Film Awards managed to nominate not just one, but two non-white actors in their Best Supporting Actor category: Beasts Of No Nation's Idris Elba and Sicario's Benicio del Toro. (Neither men were nominated for a corresponding Academy Award in what turned out to be an all-white acting field.) However, when it came down to it, neither Elba nor del Toro walked away with the trophy; instead, Mark Rylance won the BAFTA for Best Supporting Actor for his performance in Steven Spielberg's Bridge Of Spies. "But wait!" you might be thinking. "What about Sylvester Stallone??"

It's true that the aging star of Creed, last year's well-received Rocky sequel, has long been viewed as the sentimental favorite to win the Oscar this February. His performance as a cancer-stricken Rocky Balboa struck a nostalgic chord with viewers, 40 years after Rocky took home Best Picture in 1976. So how did Rylance manage to triumph over Stallone? Actually, he didn't — Stallone wasn't even nominated for a BAFTA Award!

Stallone's snub was one of the biggest surprises of this year's BAFTAs, considering his Oscar frontrunner status. But he wasn't the only Oscar nominee overlooked by the British Academy: The Revenant's Tom Hardy was also snubbed in the same category, along with Joy's Jennifer Lawrence and Spotlight's Rachel McAdams in other Acting fields. BAFTA wasn't the only voting body that snubbed the Creed actor, either; he also wasn't nominated at the SAG Awards. (In that particular Stallone-less category, it was Elba who came out on top over Rylance. No such luck for the Beasts actor this time.)

The mystifying snubs by BAFTA and SAG shouldn't do too much to derail Stallone's Oscar chances: he's still considered the odds-on favorite to take home the gold by awards prognostication site GoldDerby. However, BAFTA winner Rylance is in second place, so Stallone might want to show up to the ceremony with his boxing gloves on just in case.

Apart from Rylance, Elba, and del Toro, the other two competitors for the Supporting Actor BAFTA were The Big Short's Christian Bale and Spotlight's Mark Ruffalo, both of whom will also be facing off against Stallone at the Oscars on Feb. 28.

More like this
Remember When Benedict Cumberbatch Announced His Engagement In A Newspaper Ad?
By Hugh McIntyre
Tom Cruise Gives His Honest Review Of Lady Gaga’s New Song For 'Top Gun: Maverick'
By Hugh McIntyre
Watch The Dramatic First Trailer For Netflix's Jennifer Lopez Documentary
By Alyssa Lapid
Lisa Marie Presley Reviewed Baz Luhrmann’s ‘Elvis’ Movie On Twitter
By Grace Wehniainen
Get Even More From Bustle — Sign Up For The Newsletter