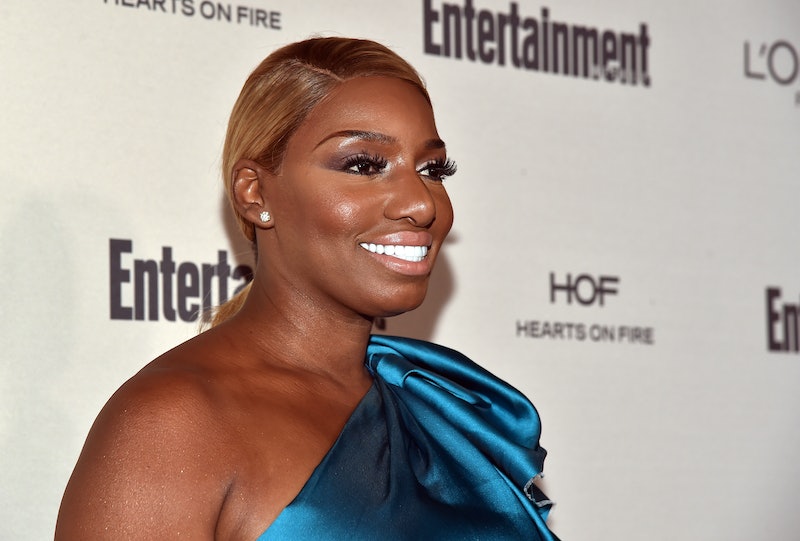 Even though The Real Housewives of Atlanta took the week off for Super Bowl Sunday, it still felt like a huge relief when the RHOA finished filming the Cynthia Bailey Eyewear commercial. Because now the show can move on to more exciting things, like a potential new friendship between NeNe & Kenya. At first, Kenya ditched out on the trip to meet Peter's family in Kingston and the Cynthia Bailey Eyewear commercial in favor of hanging out with Matt, her new boyfriend. And while those two were opening up over what looked like a bubble bath (I am intrigued by the services offered in a Jamaican spa), everyone else was talking over how much Cynthia was hurt and saddened by the falling out with Kenya, whom she still considers a close friend.

Kenya's had an eventful past few weeks on the show — she has a new boyfriend who's only 28 years old, she lost out on the ability to direct the 'mercial, she saw NeNe's return to the cast, and lost her best friend. So she does deserve some rest and relaxation with Matt. Meanwhile, Peter's relatives were very sweet and even took the Housewives to a truly authentic looking hole-in-the-wall seafood restaurant that must be impossible to find as a tourist, letting the rest of the cast relax and let go of the previous night's drama.

I have to give Kim credit for managing to wrangle the crew and rally the group of Housewives and Househusbands to finish the commercial shoot before the bad weather rolled in, even finding a way to include Kenya (even though Ms. Moore did say earlier in the trip that she's rather commit suicide in some very creative ways than participate in the shoot).

But even though there's no lost love between Kim & Kenya, their feud did lead to the intriguing possibility of a friendship between Kenya & NeNe for the rest of the season. So far, there hasn't been much offscreen evidence of said friendship, but there's still some more episodes left in the season to see how everything goes down.