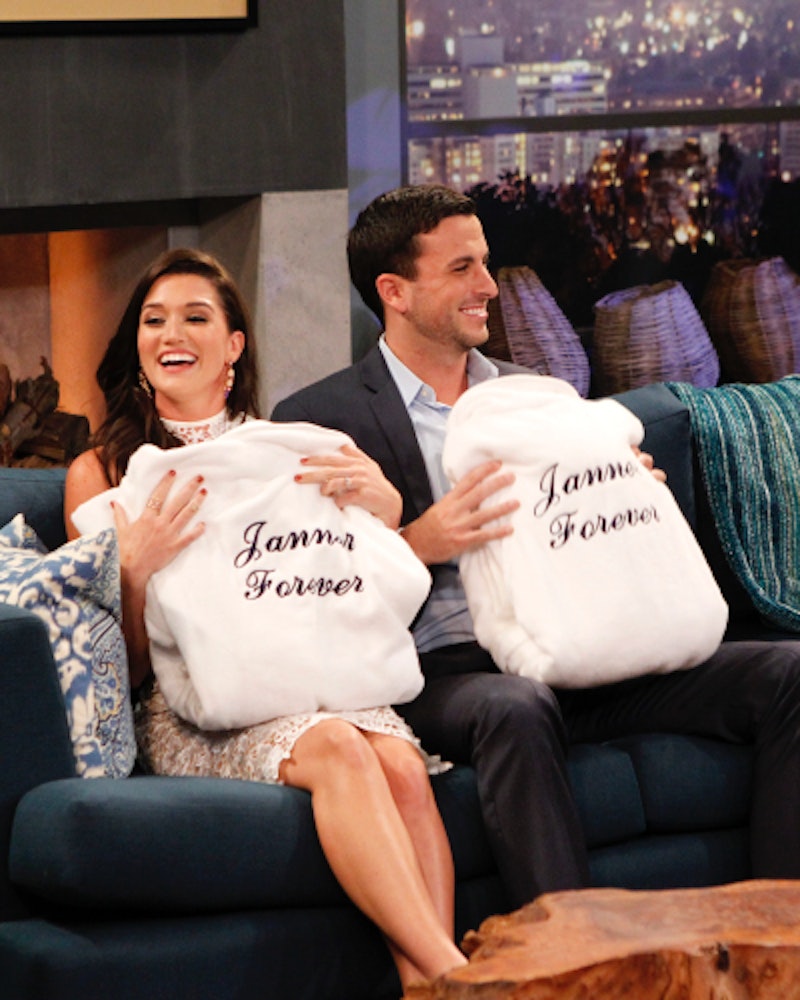 Jade Roper and Tanner Tolbert are totally my favorite couple out of all of the Bachelor couples to ever Bachelor. I really enjoyed watching them fall in love on Bachelor In Paradise, and then I loved watching the evolution of their relationship on Twitter and Instagram. Serious relationship goals, you guys. Speaking of relationship goals, these two are getting married on television and probably are making ABC foot the bill. That’s a baller move. Even more baller is the fact that Jade and Tanner live-tweeted their Bachelor wedding, and it was hilarious. I’m glad that they can poke fun at this crazy situation.

For those of you who don’t watch Bachelor In Paradise, well, that’s where they met — on the set of Bachelor In Paradise 2. There was no one else on that beach for either of them, and, by the end of the six weeks of filming, they were basically the old married couple of the bunch. Tanner proposed at the end, Jade moved to Kansas City to be with him, and the rest is Bachelor history. Now they’re presumably living a normal suburban life. Here’s what Jade and Tanner thought about their own wedding (and seeing it on television).

Jade Laughed At The "Surprise"

Everyone and their mother knew who was walking down the aisle, so IDK why the promos tried to make it seem like a surprise.

The Bachelor family is one wacky crew.

Jade & Tanner Showed An Emotional Side

Oh, these two. Never a dull moment! Here's to a happy life together!