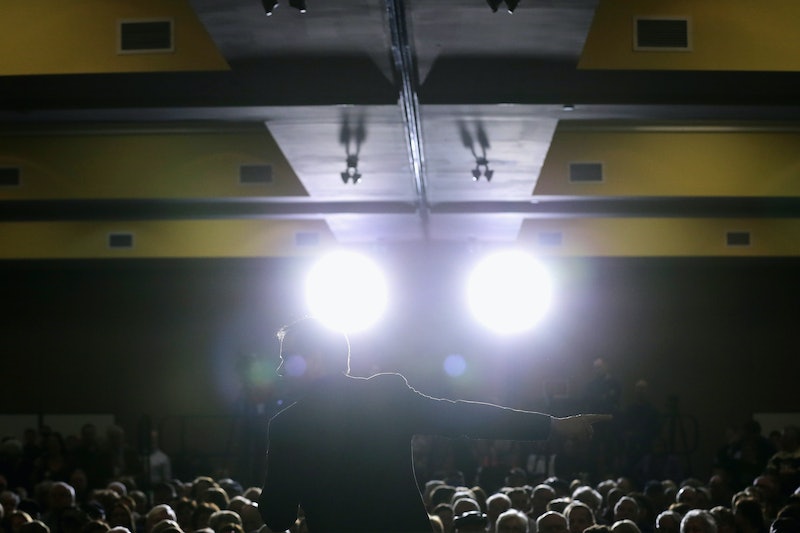 South Carolina will soon cast its votes in the Democratic and Republican primaries, and the stakes are high for all candidates in both parties. Given how wild the 2016 cycle has been so far, anything is possible in the Palmetto State, and several candidates stand to win or lose big in the contest. That said, the South Carolina primary is make-or-break for one candidate in particular — and that candidate is Hillary Clinton.

While she doesn’t need to win South Carolina from a delegate standpoint, a loss would be a disaster for her campaign. In all likelihood, it would torpedo her chances of winning the Democratic nomination.

Now, Clinton doesn’t really have much reason to be worried because she’s currently leading Bernie Sanders in South Carolina by quite a bit. RealClearPolitics’ polling average puts her more than 30 points ahead of Sanders in the state. Clinton probably couldn’t lose that lead even if she tried, so it’s fair to say that the state is in Clinton’s “safe” column.

But if Clinton does somehow lose the state, she can kiss the Democratic nomination goodbye. This isn’t because South Carolina is, by itself, a crucial state to win. It’s only worth 59 delegates, which isn’t all that much in the grand scheme of the nomination. But from a demographic standpoint, a Clinton loss in South Carolina would strongly indicate that she lacks the overall support from within the Democratic Party to win the nomination.

Bernie Sanders’ supporters were heartened when Sanders defeated Clinton in the New Hampshire primary and fought her to a tie in Iowa. However, Sanders’ success in those two states wasn’t necessarily indicative of any larger trends. Rather, it was most likely due to the fact that Iowa and New Hampshire are uniquely Sanders-friendly states. By that, I mean that they have some of the highest shares of white liberals in the country, and white liberals are Sanders’ strongest base of support.

In South Carolina, however, Democrats are both less likely to be liberal and less likely to be white. About 55 percent of Democrats in the state are black, and black Democrats favor Clinton over Sanders by an absolutely gargantuan 82-8 margin. That’s a 76-point advantage, which is overwhelming by any measure.

Furthermore, Clinton also leads Sanders among the demographics that he won in New Hampshire. That includes voters under 50 and women voters, who support Hillary over Bernie by 21 and 29 points, respectively. Sanders won both women and young voters in New Hampshire, and so as of now, Sanders has an uphill climb if he wants to rebuild his New Hampshire coalition in the first-in-the-South primary.

My point isn’t that Bernie can't possibly win South Carolina. His polling has improved somewhat in recent days, and his ground operation in the state is reportedly more expansive than Clinton’s. It’s certainly possible that he could shock everybody and pull off an upset, because after all, the suggestion that Sanders might win the New Hampshire primary would have been patently laughable a year ago.

The point, rather, is that the Clinton campaign really has no excuse to lose South Carolina. If it does, that will suggest that Hillary’s problems in the Democratic Party extend far, far deeper than the Sanders-friendly electorate in New Hampshire. For Clinton, a win in South Carolina will be nice — but a loss will be positively catastrophic.