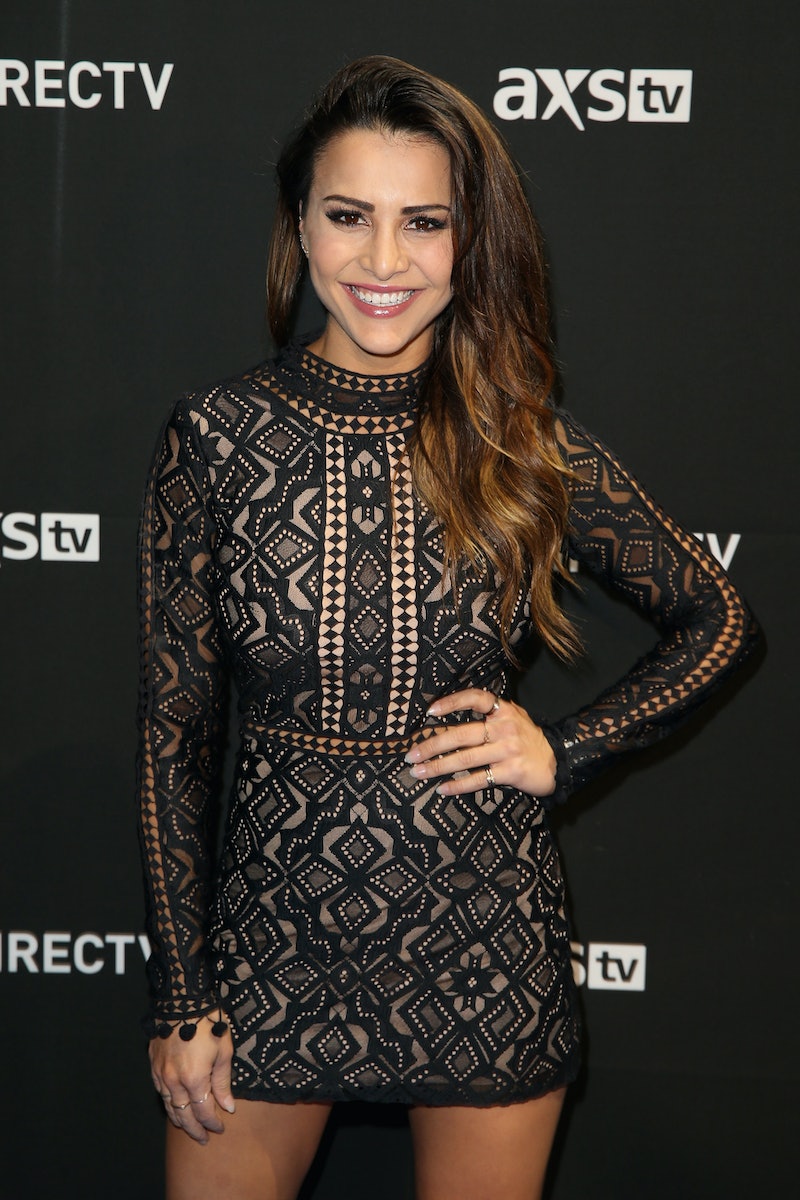 One of my favorite Bachelorettes is Andi Dorfman — you might remember her as the Bachelor contestant who stopped putting up with Juan Pablo's BS and got the hell out of there only to become the next Bachelorette. She left that show engaged to Josh Murray, but that relationship quickly ended in the real world. Interestingly enough, recently Andi was rumored to be involved with a new man in the Bachelor Rolodex — Chris Harrison. So, Ddid Chris Harrison and Andi Dorfman go to The Bachelor wedding together to see Jade and Tanner tie the knot?

The dating rumors started when Chris and Andi were seen dining together out in New York City, where Andi moved shortly after splitting with Josh. They look pretty snuggly in this pic, yes? I suppose it could be a "just friends" thing, but if it was more than that I wouldn't even be mad. I mean, Chris is single, and so is Andi, and if their relationship bloomed long after The Bachelorette concluded, then it's not really even that weird. Also, I just really want Andi to be happy, and if Chris is the one for her, more power to her! Bustle reached out to Andi's rep after the photo went viral, but has not yet heard back.

Fast forward to Sunday when Jade and Taner's wedding was aired on television. Andi, though she attended the wedding, was barely shown on the Bachelor 20 special. Is it because she attended with Harrison and had to hide from the cameras? She also took a snap with all of the currently pregnant Bachelor and Bachelorette album — do you think that's a hint that she has a Bachelor bun in her oven, too? How crazy would that be?

Bottom line is, I would love to see her and Chris as a match made in Bachelor Heaven.