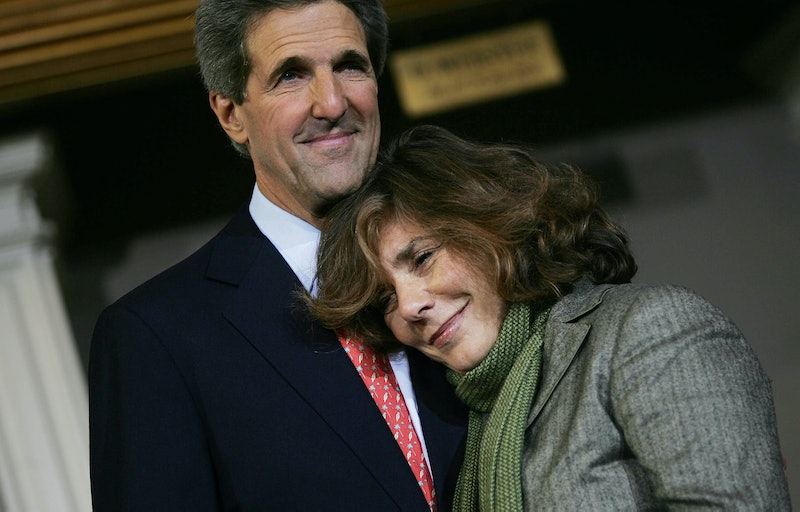 Teresa Heinz Kerry, the heiress and wife of Secretary of State John Kerry, was hospitalized Sunday at a hospital on Massachusetts’ Nantucket Island.

After doctors helped stabilize her, she was flown to Massachusetts General Hospital in Boston last night. A person in close contact with the family told the Associate Press that Heinz was hospitalized after showing symptoms consistent with a seizure. She is currently in critical but stable condition.

Kerry and Heinz Kerry have a home on Nantucket, an island south of Cape Cod. The Secretary of State traveled there for a Fourth of July holiday with his family, following his trip to the Middle East and Asia.

John Kerry accompanied his wife to the hospital, and remains with her in Boston.

Heinz Kerry enthusiastically participated in her husband’s campaign for president in 2004, and is known for her strong opinions. Here's a reminder of her well-received speech at the 2004 Democratic Convention: