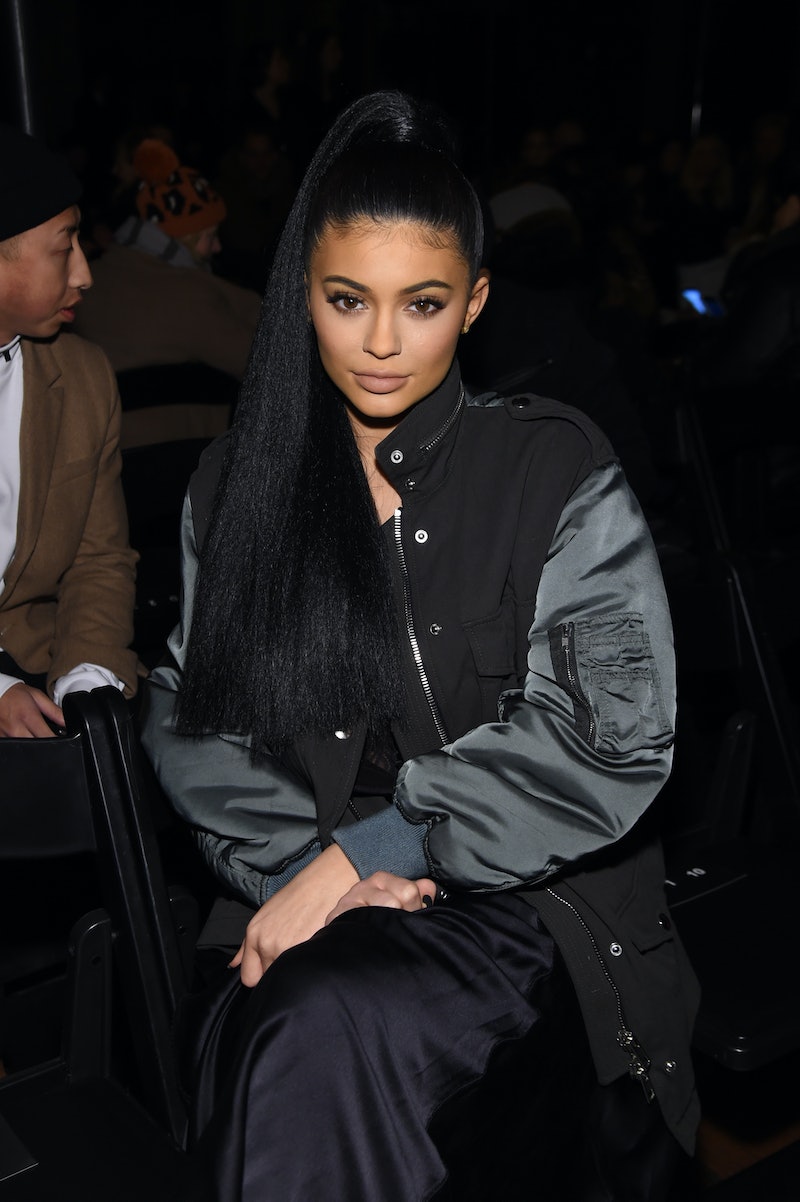 It was definitely a hair trend of 2015 and it had a resurgence last week. I am talking about pink hair, which everyone from Kendall Jenner to Iggy Azalea tried. This weekend, Kylie Jenner rocked pink hair, getting a follicle assist from what looked like a fluffy, cotton candy-colored wig with sideswept bangs and lots of layers. It was cute, temporary, and very Pantone Color of the Year. Former One Direction member Zayn Malik, who is known for trying a variety of different hair hues, also went pink, choosing a super pastel color and as well as a hot pink shade for the tips of his spiky faux hawk.

Both Jenner and Malik usually have inky, black hair, so to see 'em both go pink at the same time totally threw me for the best kind of loop!

It felt like pink hair was back, even if only for a weekend. Maybe it never truly left.

While Jenner and Malik travel somewhat in the same circles — that is, young Hollywood, meaning they are connected by a lot of the same people, namely Malik's new lady love Gigi Hadid— they have pretty markedly different styles. She is the epitome of glam x street chic, while he is covered in tattoos and has that whole sexy disheveled thing on lockdown. But both experimented, turning their usually midnight-hued locks pink.

Who wore is best? Let's compare the evidence and fan reaction.

Jenner's pink locks had quite the mermaid vibe. They added a soft sweetness to her look.

The shaggy layers and the fact that her wig matched the Koko K Kylie Lip Kit on her pucker were added, awesome bonuses.

The tattooed "Pillow Talk" crooner slayed the two-toned, pink-painted tips! It added a fun vibe to his normally dark tufts. It was also "hotter" than the baby pink shade he also showed off this past weekend.

Hmm. Which do I prefer? It's too close to call, since they styles are so different but suited to each of 'em.

How did the Twittervese feel?

Jenner fans were feelin' it.

Jenner was the recipient of a lot of coif love.

Zayniacs also had love for the singer's pink coif.

You know, he really does.

Based on that sampling, it seems like fans were more into than anti when it came to both Jenner and Malik with pink locks.

Who wore it best? I may give Malik the slightest edge since pink hair felt more unexpected with him and he rocked two unique pinks.