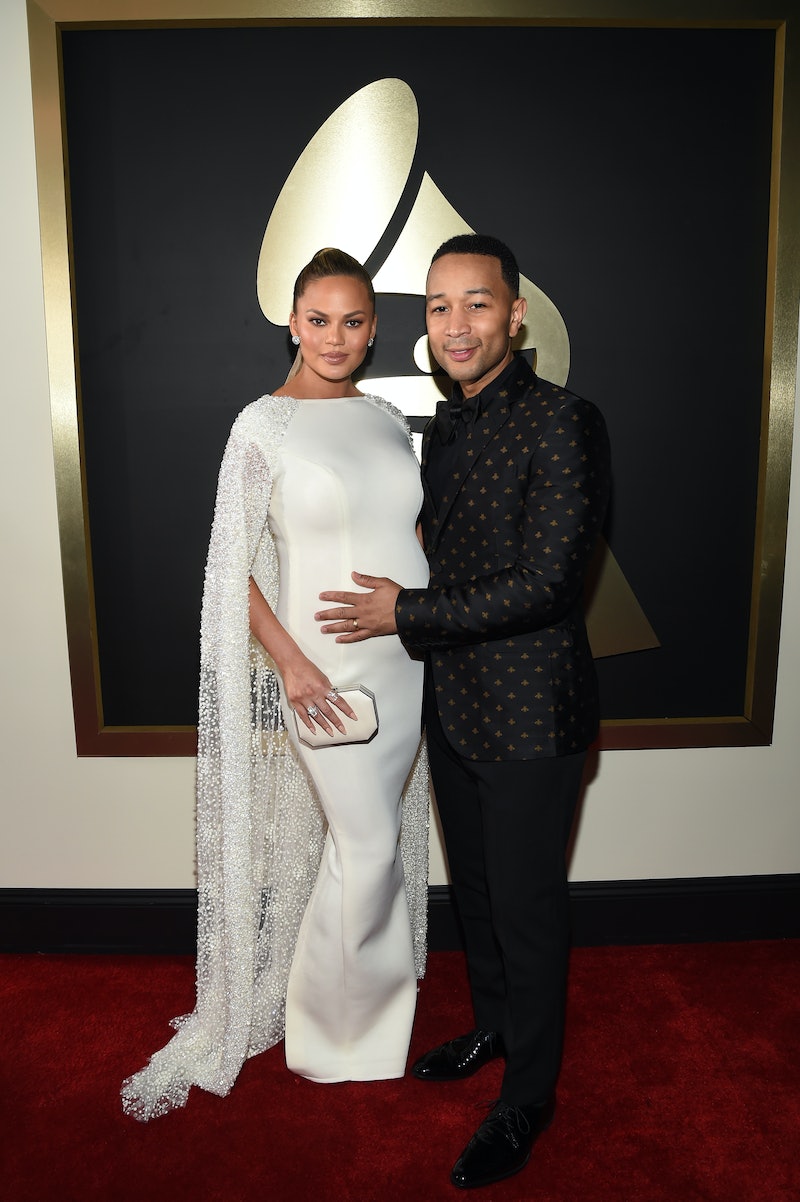 The world's cutest couple just hit up the red carpet again, and their outfits did not disappoint. Soon-to-be parents John Legend and Chrissy Teigen's 2016 Grammys red carpet looks were sleek, clean, and polished, but what did you expect from the darling duo? And can we stop and swoon over Teigen's baby bump? Swoon.

While John Legend decided to go for a playful, diamond-dotted suit, baby mama Chrissy Teigen looked angelic in a white gown with a glorious beaded train/cape. Seriously, these guys are total relationship goals, both in life and in fashion.

The lovable duo's style is pretty similar in some ways to what they rocked at the 2015 Grammys. Last year, Teigen showed up in a fitted long-sleeved white gown with dramatic, angular cut-outs. Makeup-wise, she kept things simple with her signature wavy hair and a clean smoky eye. As to not detract from Teigen's glam factor, Legend kept things nice and simple with a grey suit and crisp white shirt. The couple's outfits complemented each other perfectly, and this year was no different.

At tonight's Grammys red carpet, Teigen opted for a sleek white gown, this time with a baby bump in full view. My favorite part is that dramatic train that is almost cape-like — it's so, so, so good. And instead of waves, Teigen went for a chic high pony reminiscent of Beyonce's swoon-worthy haird at the MET gala in 2015.

Though Legend looks as clean cut as he did last year, he did shake things up more than Teigen, in my opinion. At the 2016 Grammys, Legend's black ensemble had a little extra flair with a diamond-dotted suit jacket, and it was oh-so-fun.

How #Goddess-like is the back of this dress?