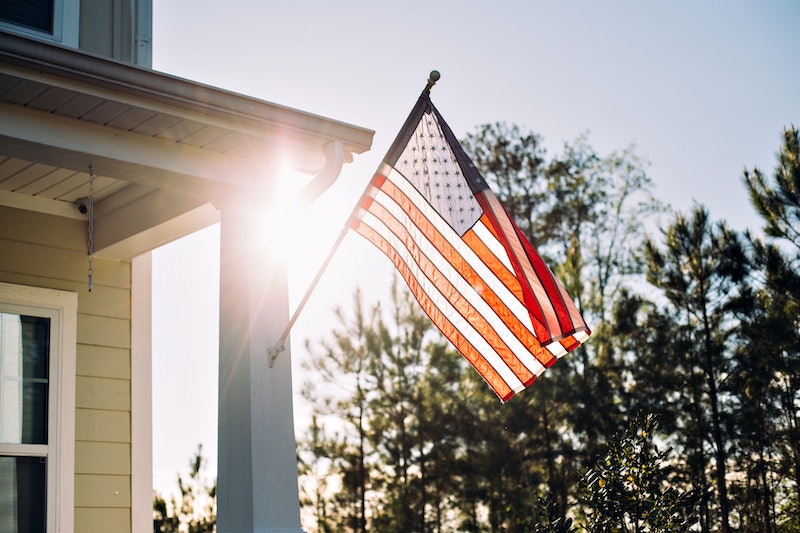 If you've checked your calendar lately, you might've noticed that today is President's Day. And, if you're looking for the best way to celebrate the red, white, and blue, there's no better way than with some patriotic quotes for Presidents' Day.

But first, what is Presidents' Day? Well, it's exactly what it sounds like — a federal holiday that honors and commemorates the work of past presidents. Although, it can be a little more confusing than that. The day is frequently also called "Washington's Birthday" in some states, which can be a little baffling, since George Washington was actually born on Feb. 22, 1732. But, instead of celebrating Presidents' Day on that same day every year, the holiday is always commemorated on the third Monday of February. While some states celebrate Washington's Birthday, there are also a few states that choose to honor Abraham Lincoln on Presidents' Day, as his birthday also occurred in the middle of February.

Whatever you want to call it, this day is all about celebrating America and all of the past leaders that make our country great. So, needless to say, there's nothing more appropriate today than a few different patriotic quotes. Well, perhaps some fireworks and a soaring bald eagle would do the trick. But, we're sticking with some quotes anyway.

Read through these 10 patriotic quotes from well-known American icons, put your hand over your heart, and let's honor the grand ol' U-S-A.

1. "Wars may be fought with weapons, but they are won by men. It is the spirit of men who follow and of the man who leads that gains the victory." — George S. Patton

2. "Let every nation know, whether it wishes us well or ill, that we shall pay any price, bear any burden, meet any hardship, support any friend, oppose any foe to assure the survival and the success of liberty." — John F. Kennedy

3. "America was not built on fear. America was built on courage, on imagination and an unbeatable determination to do the job at hand." — Harry S. Truman

5. "This nation will remain the land of the free only so long as it is the home of the brave." — Elmer Davis

6. "My dream is of a place and a time where America will once again be seen as the last best hope of earth." — Abraham Lincoln

7. “The cement of this union is the heart-blood of every American.” — Thomas Jefferson

8. “I know not what course others may take; but as for me, give me liberty or give me death!” — Patrick Henry

10. “I only regret that I have but one life to lose for my country.” — Nathan Hale