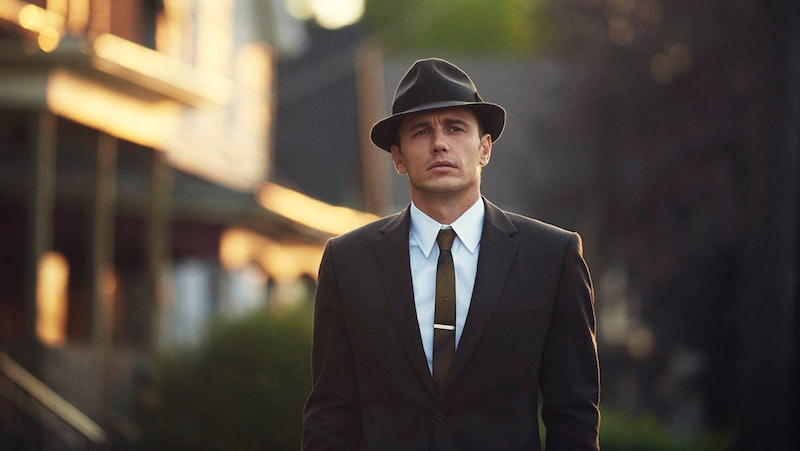 If you had the ability to change the past, would you? It's a huge responsibility, not knowing exactly how the things you change will ripple and affect events in the future. So it's a responsibility that Jake Epping, played by James Franco on Hulu's 11.22.63 , doesn't take lightly when tasked with preventing the assassination of President John F. Kennedy courtesy of a magical closet that transports people back to the 1960s. Jake takes a lot of convincing — not fully embracing the task set before him until Al, the man who discovered the portal and introduced Jake to the mission, succumbs to the cancer. Even then, he almost gives up when fate keeps throwing obstacles in his path. So, by the end of the 11.22.63 series premiere, Jake decides to tackle something small before he dives headfirst into presidential assassinations.

Those aforementioned obstacles included a fatal car crash, which prevented Jake from calling his father; a falling chandelier, which almost killed Jake on his way to eavesdropping a C.I.A. meet-up; a horde of cockroaches, which chased Jake out of his hiding place into the arms of the police; and a deadly house fire, which destroyed all of Al's meticulously curated research, notes, and files. Time really does not want to be changed, you guys.

Jake has given up and is on his way back to the diner when he's struck by inspiration: before he leaves, surely he can change at least one small thing for the better. The premiere opened with one of Jake's night class students, an befuddled janitor named Harry, reading a story about the time his father murdered his mother and siblings with a hammer. This brutal massacre happened to have occurred on Halloween day, 1960; so Jake changes course for Kentucky, determined to put a stop to it.

When he arrives at Harry's family's farm, he spies the three children cavorting in the yard (with some heavy-handed foreshadowing to boot, as a playful Harry "shoots" his little sister "dead.") Soon their father Frank arrives, played by Transformers' Josh Duhamel. By all appearances he seems a loving father adored by his children. Was Harry wrong about who murdered his family? Or is Frank about to snap and go on a killing spree? Will Jake be able to prevent the murders? If so, how will that change things in the present? If he's successful, will that convince him to recommit to his mission? So many questions… and only seven episodes to go in the convoluted time travel series.