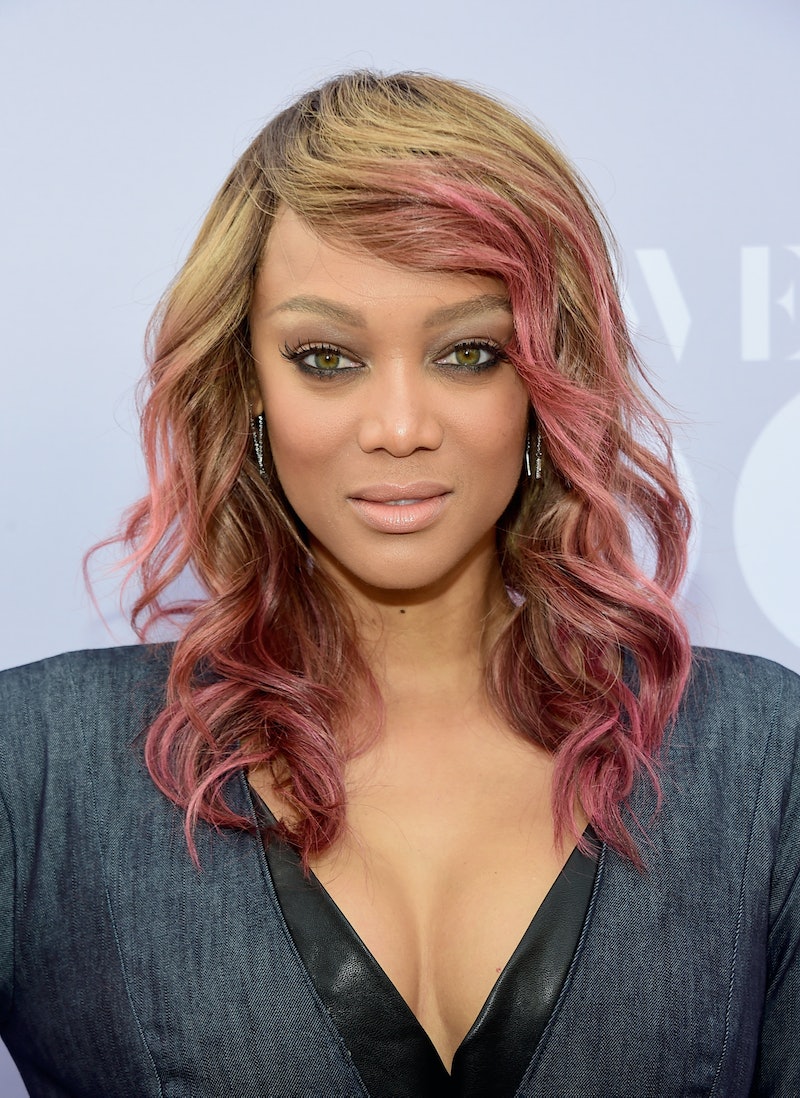 It was pretty exciting when, a couple of weeks ago, Tyra Banks announced the birth of her first child with boyfriend Erik Asla via surrogate, but there was only one problem: She didn't share a photo of the little guy! But if you've been wondering if the baby shares his mom's good look and insane ability to smize, wonder no more. Now, we finally know what her little bundle of joy looks like. On Sunday, Banks shared the first photo of her baby boy, and he's just as adorable as you'd imagine!

Just like the former America's Next Top Model boss took to Instagram to share the news that baby Yorks had arrived, she also used the same medium to show him off. In the photo, Banks is cuddling her little one close to her chest, calling it her "happiest Valentine's Day ever." With a baby that precious, it's not surprising at all — especially since Banks has waited so long to become a mom. It looks like so far, things are going well. It's awesome to see that Banks is loving mommyhood, and if this picture is any indication, this mother/son duo is probably going to take over the world someday. They're just so beautiful!

Since before York's birth, Banks has been open about her struggles with fertility, and revealed on her show, FABLife, that she had been undergoing IVF treatments in order to conceive. Eventually, Banks obviously went the surrogate route, and since she's planning to have a "litter" of kids, it wouldn't be surprising if her baby ends up with a few siblings down the road. Imagine the photoshoots and magazine covers that could come from that!

One day, York will find out how much he was wanted in this world... and, you know, that his mom has basically built her own empire from the ground up. Not a bad way to start a life, huh? Congrats again to the new parents!

More like this
Scott Disick’s First Time Around Kravis Was “Awkward,” To Say The Least
By Jake Viswanath
Kaley Cuoco & Tom Pelphrey Just Made Their First Public Appearance As A Couple
By Hugh McIntyre
Lizzo Shared An Iconic Throwback Robert Pattinson Photo With No Context
By Brad Witter
Marcus Rashford Took Inspo From Kravis For His Adorable Proposal To Girlfriend Lucia Loi
By Frances Stewart
Get Even More From Bustle — Sign Up For The Newsletter